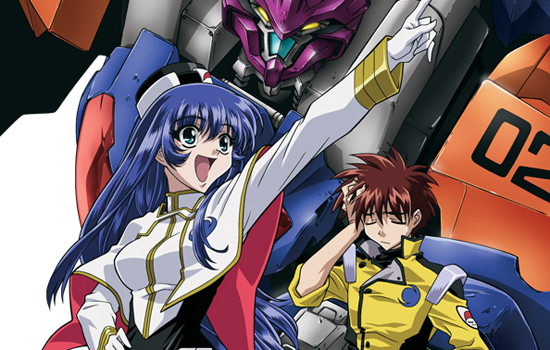 There are times you’ll hear people refuse to touch certain shows because of how dated they look. But sometimes, that isn’t really all that bad. In fact, when you get older, those dated shows become something precious and dear to your heart like an old photo of your fandom. 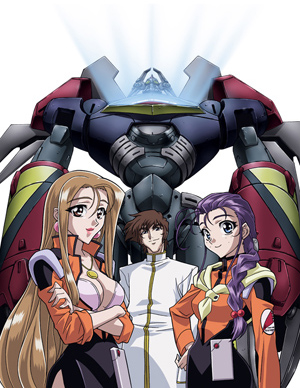 For instance when I think of the 90s, I think of stuff like Slayers, Tekkaman Blade, Rurouni Kenshin—the shows I watched growing up when I was just an otaku pup. I’m sure some of you valiant readers out there have your own shows that remind you of a time in your life. That’s why even after all these years, I still love Martian Successor Nadesico. Yes, it’s dated and loaded with 90s clichés right down to the Rei Ayanami ripoff mascot and harem. But watching it now feels like a breath of fresh air.

In 2196, mankind has terraformed Mars and everything seems fantastic! That is until the Jovian Lizards appear—a race of insectoid robots possessing dimensional jump technology. Humanity is outgunned and outmatched, being driven off of the planet. Years later, Nergal Heavy Industries launches a plan to take back Mars with a private battleship independent of Earth’s mightiest military forces. The catch? The crew is staffed with the last people you’d expect for the recruitment list: voice actors, mecha anime otaku, secretaries, and a captain who might as well be the second coming of Irresponsible Captain Tylor.

By accident, Yurika, the ship’s captain, runs into Akito, who she soon remembers to be her childhood sweetheart. He manages to find his way onto the ship and unwillingly becomes an Aestivalis robot pilot, joining the ragtag team on their journey to liberate Mars. 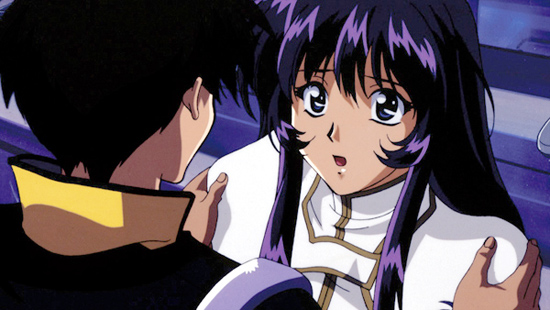 Back to what I said about this being refreshing to watch…. Prime example:  Our hero, Akito, has the misfortune of attracting anything remotely female to him. If this happened now (and who am I kidding, it happens every other show these days) you’d be bombarded with “strategic” nudity, innuendo with all the subtlety of a lead pipe, and full fetish representation. It’s kind of strange to be reminded of a time when a show didn’t have to rely on that to keep you interested in the cast. 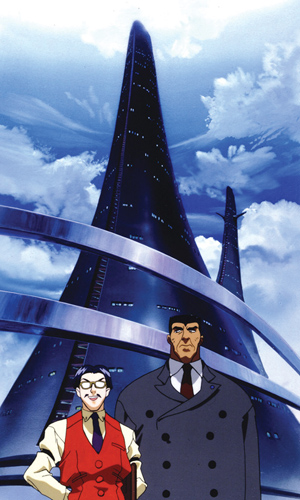 And why would we need it here? While we focus on the core cast of Yurika, Akito, and the rest of the “bridge bunnies,” the entire crew gets at least one solo moment in the spotlight. Even people who were downright horrible get their moment to flesh things out and even redeem themselves. In fact, there’s so much focus on character that people have tried to outright deny this being a mecha anime. While that’s not to say that the robot action is lacking, the statement ultimately becomes the highest compliment. While I love seeing the trademark Aestivalis robots in action, being a true “hard mix” of Super Robot and Real Robot types (in your face, Evangelion!), I wouldn’t trade them for the great character moments we get throughout the show.

And while it is fun and games for the most part, Nadesico has another tendency that I forgot about—and truly appreciated—during my revist. It has a nasty way of sucker punching you when you’re in the middle of a good laugh. Believe it or not, the happy-go-lucky storyline of Nadesico gets dark. Oh, does it get dark. But it isn’t in the vein of “Sweet Mother of Mystery, This Was a Deconstruction All Along!” that everybody is trying to do these days. Rather, it has a dual meaning for both the viewers and the cast of characters. The Japanese title IS Mobile Battleship Nadesico, after all. The crew is in the middle of a war with a faceless enemy with no support and increasing odds.

Not to mention the slow revelation that not every person in the cast is exactly who they appear to be. When you step back from the harems and Super Robot love letters, the whole situation is quite terrifying. But Nadesico manages to balance the darkness with the humor in a way that doesn’t come off as a desperate ploy for staying power. The highlight of these tone shifts, however, lies in the true integration of the show-within-a-show, Gekiganger 3. What starts out as an innocent stab at 70s Super Robots turns into a subtle mirror for events in the series and a hard lesson in the consequences of anime worship…. (And it is now that I realize how hard it is to write this article without spoiling the bejeezus out of this show!) 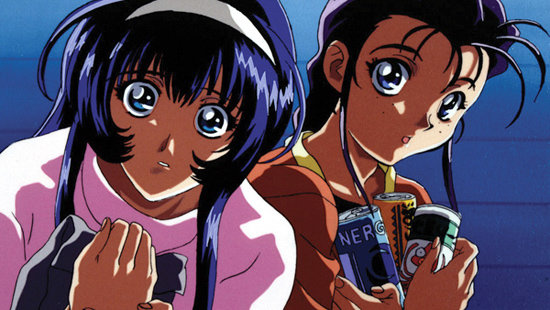 Ultimately, Martian Successor Nadesico is a series that realized what it had a bit too late in the game and tried so hard to do something fantastic. Because, over time, a lot of the tropes that you’d think could have overrun it have ceased—the harems, the love triangles, they all quiet down as the true story is revealed. And while the revelations are insane, they really don’t start moving until the final few episodes and leave us with a slightly abrupt conclusion.

This takes us into the Three Year Gap: Between the TV series and the movie, The Prince of Darkness, there’s an implied mythos built off of unanswered questions in the series. In fact, the movie was supposed to be part of a trilogy that would expand the larger arc and finish everything neatly with an epic bow. Unfortunately, this effort was quashed, and as of 2005 it’s been revealed that plans for a “Nadesico 2” series have been shelved. 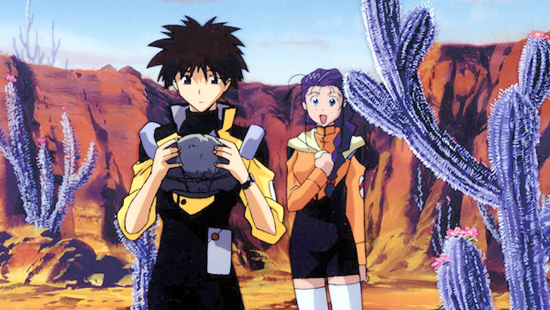 You’d think this would kill the buzz, but I’ll be bold and claim that it’s up there with works like Dangaioh and Megazone 23 (well before Parts 2 and 3 came along). Because, like the both of them, even without the extended universe or sequels, Nadesico manages to be something truly great. And years after I first watched it, it still holds up. The things you think would date it add a special charm, the characters that I loved then are still lovable, and I don’t care what anyone says; “You Get to Burning” is one of the best anime openings of the 90s. It’s rewarding, it’s exciting, it will make you feel like 10 grand, and reassure you that there was a time where you didn’t have to settle for your anime.

This story was originally published in the August 2012 issue of Otaku USA Magazine.