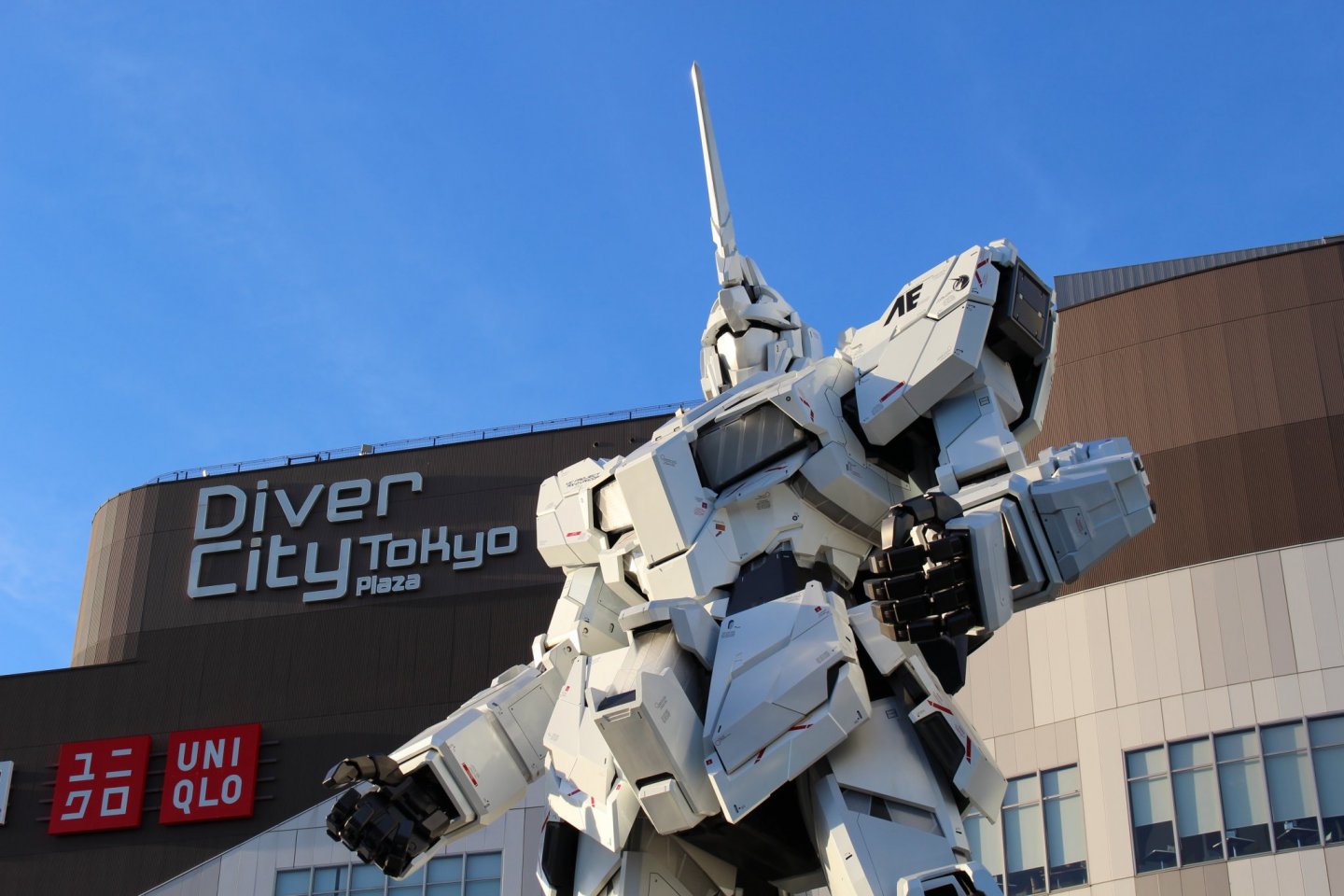 Athletes taking part in the Tokyo Olympics triathlon were treated to the view of the huge RX-0 Unicorn Gundam as they cycled. Japan’s hopes for tourism during the Olympics has been quashed with COVID, but they did incidentally get a big plug for future tourists while showing off the mobile suit during this event.

Japan’s TV channel NHK made note of it, saying, “The athletes are now riding past, with the mobile suit looking down upon them.”

Quite a few people shared images on Twitter. Too bad the athletes don’t get a good chance to look for themselves as they raced!

If you want to check out the over-64-feet-tall RX-0 Unicorn Gundam when it’s safe to travel again, it’s located in the Odaiba district in Tokyo Bay.