The Green Ranger is Not Pleased with NSFW Power Rangers Short 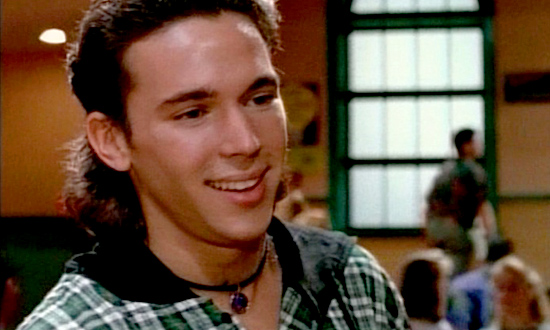 February 2015 been intense for the Power Rangers franchise. Not long after former Red Ranger Ricardo Medina allegedly murdered his roommate with a sword earlier this month, the violent and explicit bootleg “deboot” short film by Adi Shankar and Joseph Khan was released this week to viral acclaim, despite being removed from Vimeo and Youtube by request of Saban.

Now, Jason David Frank, the actor who played Tommy the Green Ranger (and the White Ranger, sometimes), in the original U.S. Mighty Morphin’ Power Rangers series, has spoken out against the Shankar/Khan short in a video on his official facebook page:

Frank says he was approached last year to reprise his role as Tommy Oliver in the short film, but declined when he read the script. He also expresses slight disappointment that actress Katie Sackhoff neglected to mention her involvement in the film when he ran into her by chance two weeks ago.

“Everyone loves Power Rangers, but they’re still connected with adults and kids… The Super Mega Force and Power Rangers: Dino Charge are still on Nickelodeon. So you can’t take a brand like this and reboot it so dark and gritty because you’re not separating. The adults love it … but then you’ve got to fall back to the kids. You still have the kids that want to watch Power Rangers.”

Frank says he is waiting intently for the next Saban-approved official Power Rangers reboot by Lion’s Gate.

“When I bring my character out in the movies, I want it to be legit”.

In the mean time, Saban has approved his participation in youtube series Super Power Beat Down, where his character is matched against Mortal Kombat‘s Scorpion. The episode specifically mentions the White Ranger’s policy against killing, yet concludes with Jason David Frank impaling the “come hither” ninja’s head on his sword. A tad hypocritical, perhaps? We can only surmise that extreme violence, against the undead, is OK in Frank’s book… at least as long as no one curses while carrying it out.

Frank’s next scheduled cannon-crushing matchup pits him as the Green Ranger against Street Fighter’s fireball-tossing protagonist, Ryu. Frank is also the star of his own reality show put together by Machinima and Bat In The Sun, called My Morphin Life.

As if all this wasn’t enough, The Huffington Post released a story just a few months ago compiling stories from a host of recent interviews with the original Power Rangers cast. Detailing “Power Rangers Keggers” hosted at the cast members’ apartments which had to be shut down via police helicopter, the long hours worked at McDonald’s wages, (Red Ranger) Austin St. John’s stint living in his Jeep after leaving the show, and (Blue Ranger) David Yost’s attempt to “pray his gay away” after suffering prejudice on set, the events would make a gripping episode of VH1’s Behind the Music.