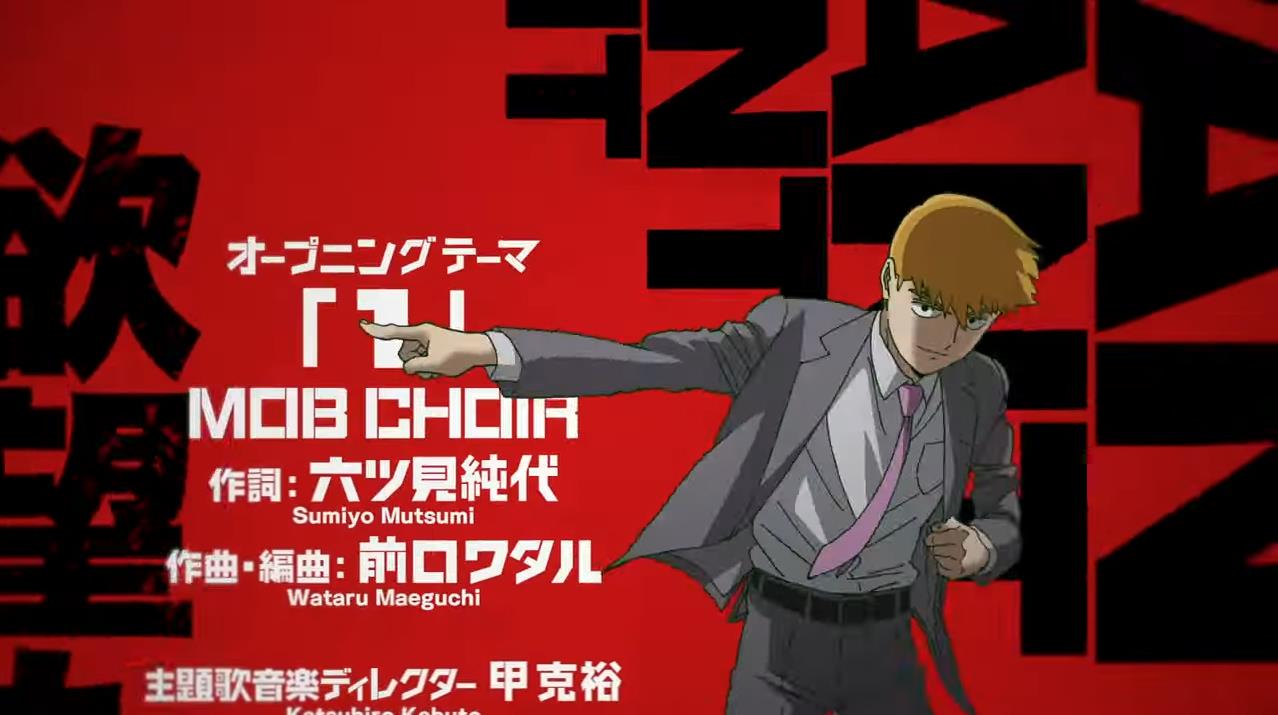 The third season of Mob Psycho 100 is still a few months away, but you can check out the opening right now following its premiere at Crunchyroll Expo.

The opening, like those for seasons 1 and 2, features Mob Choir, the group created for the show. This time the song is called “1,” and revolves around Mob being a “one and only.”

As for the visuals? Well, rather than me describing them, just check it out already! It’s cool, man!

Mob Psycho 100 III hits in October, and is expected to conclude the anime adaptation of ONE’s manga. Meanwhile, here’s how Funiroll describes season 1:

Mob is an 8th grader with powerful psychic abilities who wants to be normal. When not exorcising evil spirits he attempts to suppress his powers, causing stunted emotions. But when he hits 100 percent, his pent-up feelings unleash a dark power.