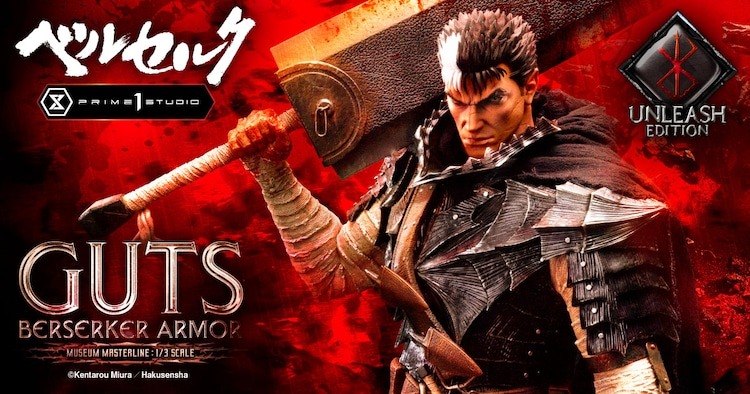 Despite the tragic death of manga master Kentaro Miura, Berserk is back thanks to his best friend and a team of talented artists. Why not celebrate the news with a new Guts figure that’ll only set you back, uh… 1,500 bucks?

Yes, that’s the price of a new Guts figure that’s just been revealed (and that’s with the crazy-cheap yen exchange rate right now).

The figure is called the GUTS BERSERKER ARMOR UNLEASH EDITION from Prime 1 Studio. You can see some photos and a video below. 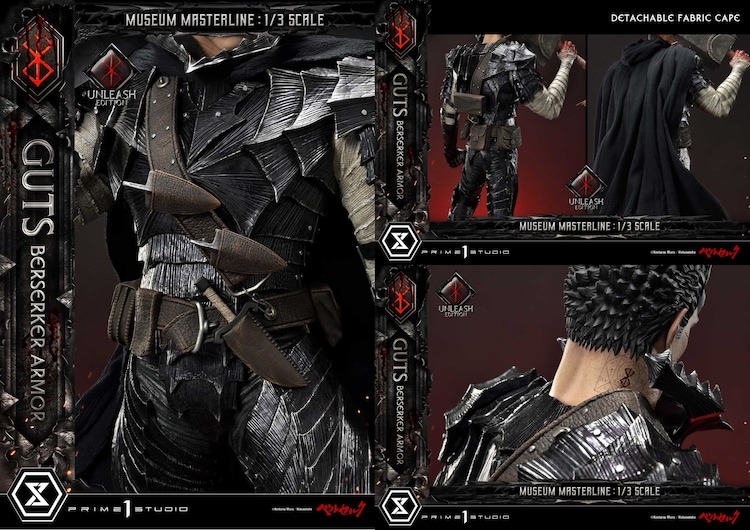 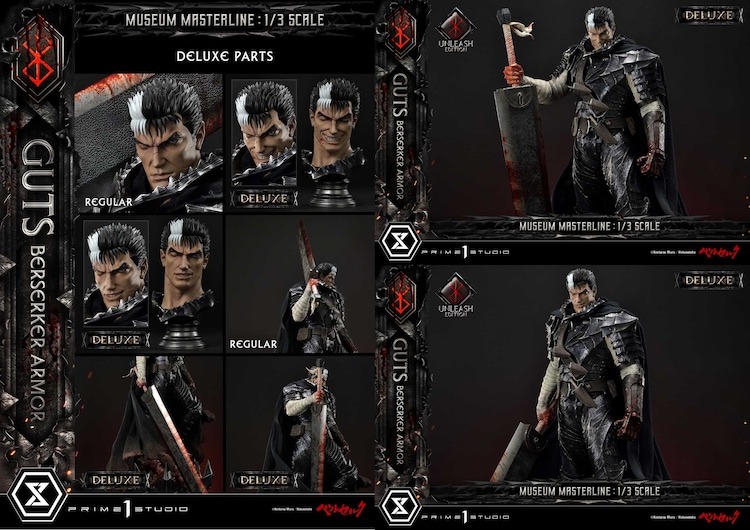 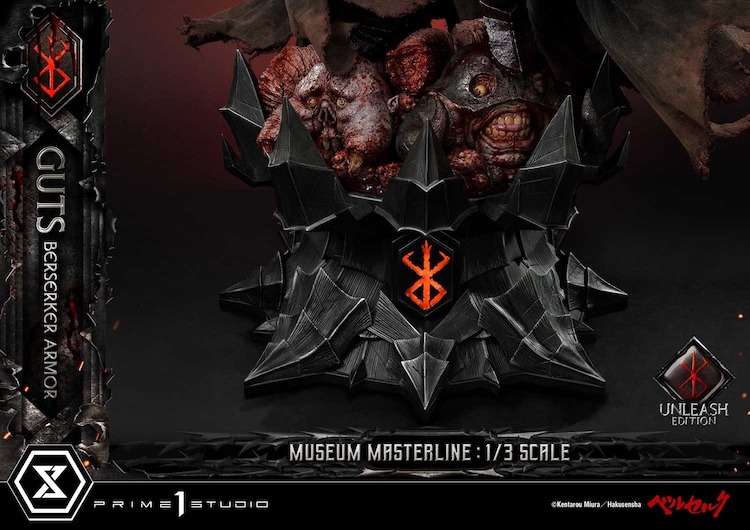