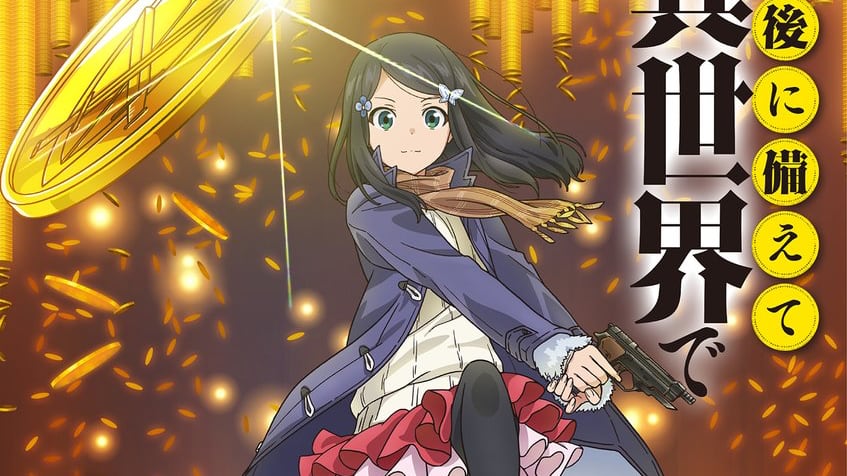 Last month, we learned the light novel series Saving 80,000 Gold in Another World for My Retirement would be getting anime-ized.

Now we’ve learned some more details and have our peepers on the first piece of key art from the series.

Here’s the deets we now know:

Kodansha have licensed the Saving 80,000 Gold in Another World for My Retirement light novels by FUNA  and describe the first volume like this:

One day, Mitsuha falls off a cliff and is transported to a medieval Europe–type world! After a near-death encounter with a pack of wolves, she then realizes that she’s able to transport between two worlds—this one and her own. Taking advantage of this ability, Mitsuha decides to live in both worlds and calculates that she’ll need 80,000 gold coins to be able to retire! Mitsuha now has to come up with different ways to collect her gold coins!

They also describe the first volume of the manga like so (yes, in all caps):

AFTER GROWING UP AN ORPHAN, MITSUHA HAS A HEALTHY RESPECT FOR MONEY AND A DESIRE TO LIVE WELL—AT LEAST, UNTIL SHE DIES AFTER BEING PUSHED OFF A CLIFF. WAKING UP IN A STRANGE FANTASY WORLD, MITSUHA NARROWLY SURVIVES AN ENCOUNTER WITH A PACK OF WOLVES, THEN REALIZES SHE HAS THE POWER TO MOVE BETWEEN THIS WORLD AND THE REAL ONE. A LESSER PERSON MIGHT EMBARK ON HEROIC ADVENTURES—MITSUHA INSTEAD IMMEDIATELY RECOGNIZES THE LUCRATIVE POSSIBILITIES OF HER NEW SITUATION, AND HEADS OUT TO BUY AN ARSENAL OF MODERN WEAPONS. HER GOAL: TO ACQUIRE 80,000 GOLD, AND THE LIFE OF LEISURE SHE’S ALWAYS DREAMED OF! THE MANGA COMPANION TO THE POPULAR LIGHT NOVEL SERIES, ALSO COMING SOON FROM KODANSHA! 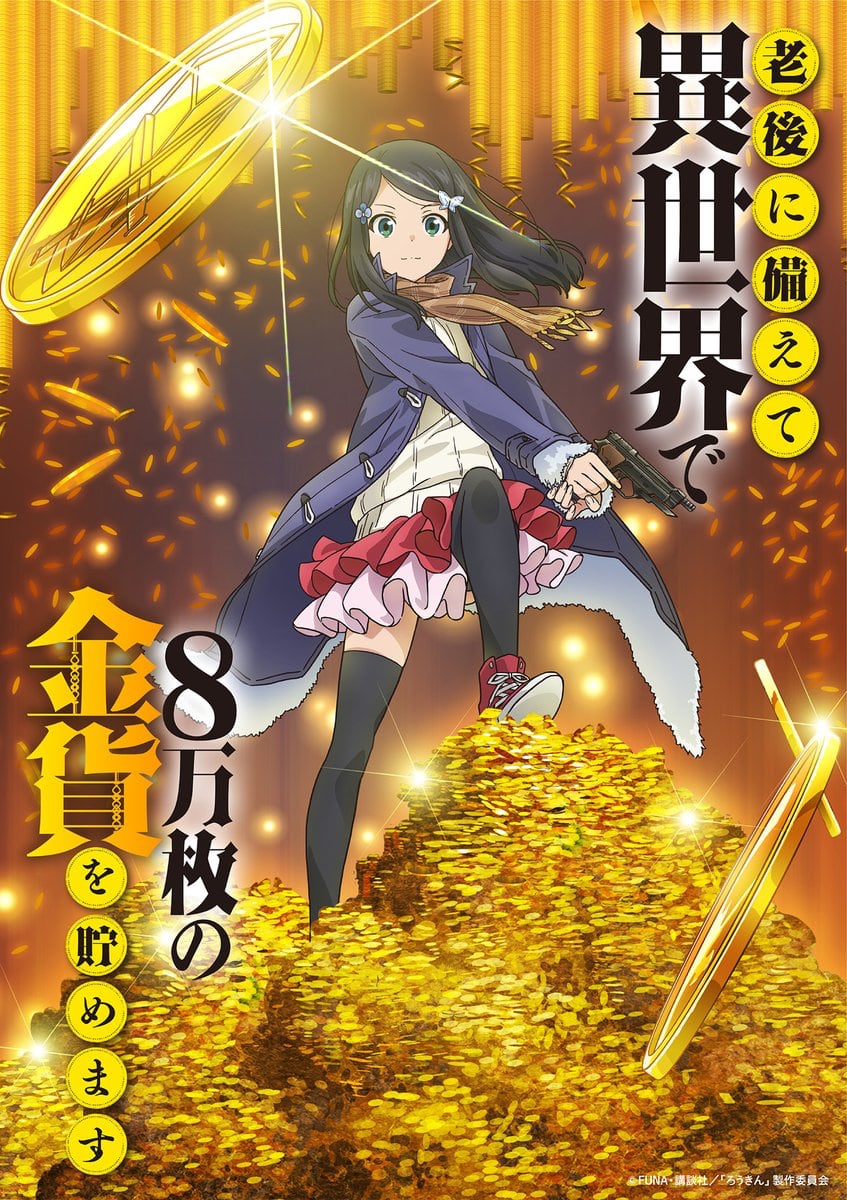 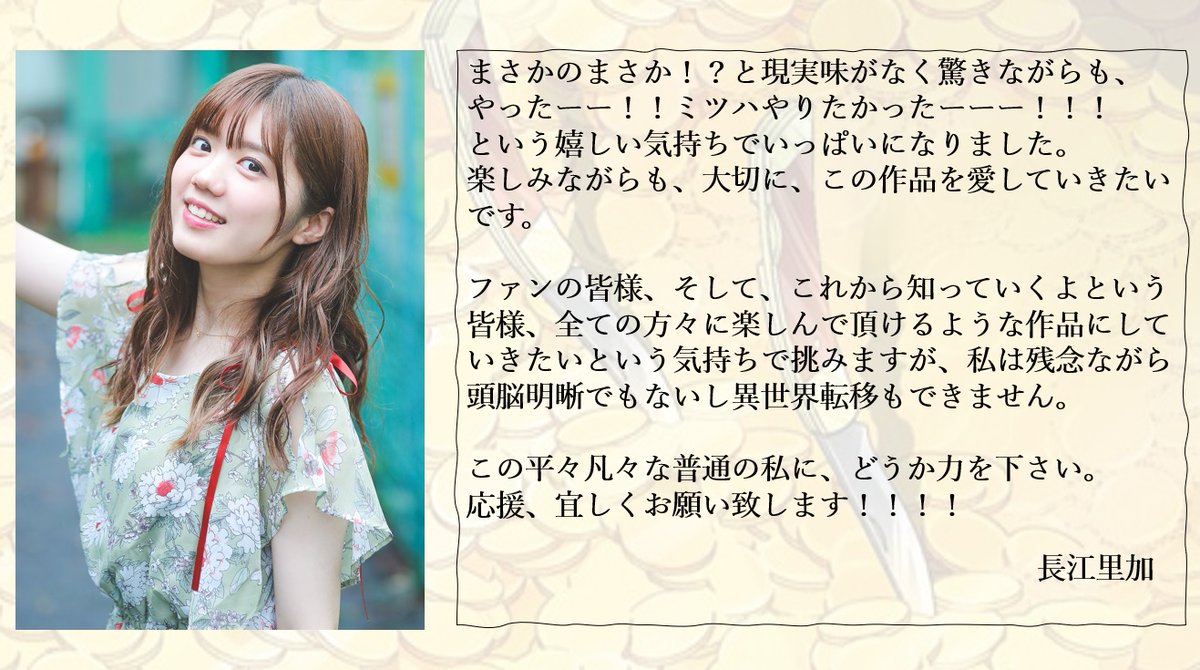 saving 80000 gold in another world for my retirement 5 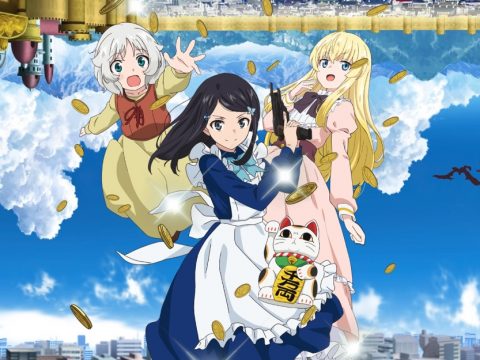 Listen to a Clip of the Saving 80,000 Gold in Another World for My Retirement Opening Theme Song

Saving 80,000 Gold in Another World for My Retirement Anime Sets Debut Date 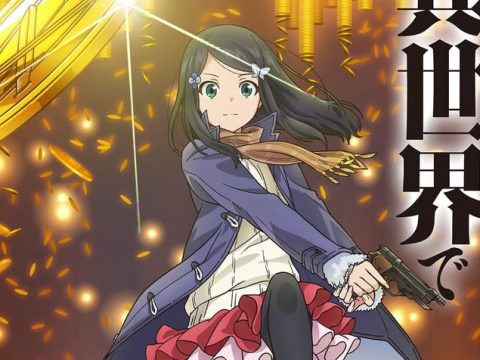 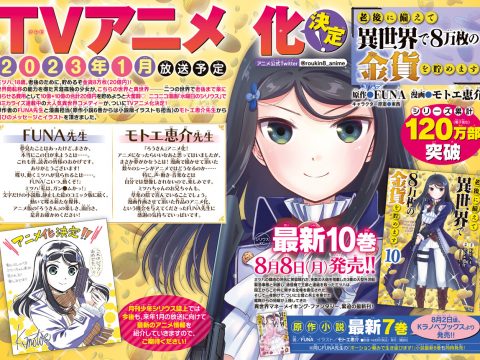 Saving 80,000 Gold in Another World for My Retirement Anime Revealed