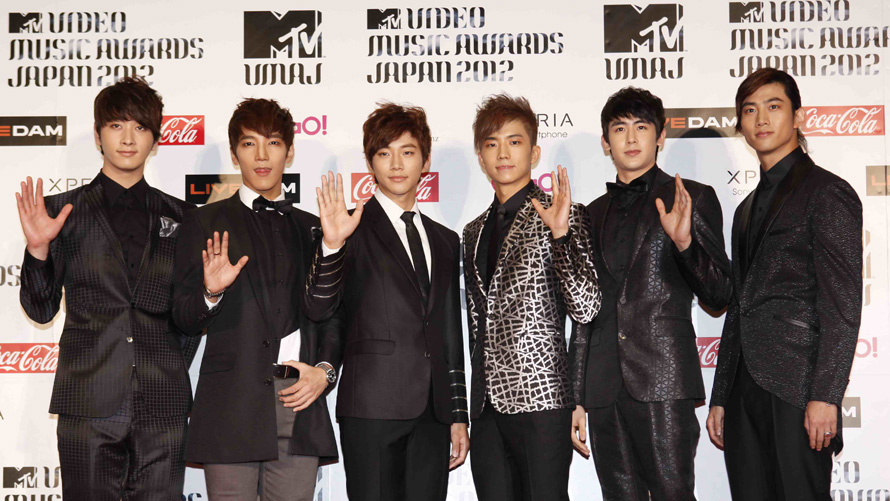 SMAP was one of Japan’s biggest boy bands until they broke up last summer after 25 years. They created the themes for the anime series Hime-chan’s Ribbon and Akazukin Cha Cha, and member Takuya Kimura voiced acted in Howl’s Moving Castle and Space Battleship Yamato.

It’s not totally clear what they’ve been doing since, aside from Kimura continuing to pursue voice acting, and the presumption that they are all working on solo albums. However now we at least know that Shingo Katori, known as “the funny one” among the group, has taken to characteristic goofing-off on Instagram.

U.S. President Donald Trump stopped in Japan last Sunday as part of his diplomatic trip through Asia. For reasons we presume to be entirely comedic, Shingo Katori dubbed himself “Katold Trump” and appeared at the Tokyo Sky Tree in full Trump cosplay, while the real POTUS was on the other end of town at Yokota Air Base.

After removing the costume, Katori continued to post impressions of Donald Trump’s mannerisms:

Thus far, the stunt doesn’t seem to have registered any of President Trump’s characteristic retaliation via Twitter. His only tweets about the visit consist of compliments to Prime Minister Abe, pro golfer Hideki Matsuyama, and U.S. Forces Japan.