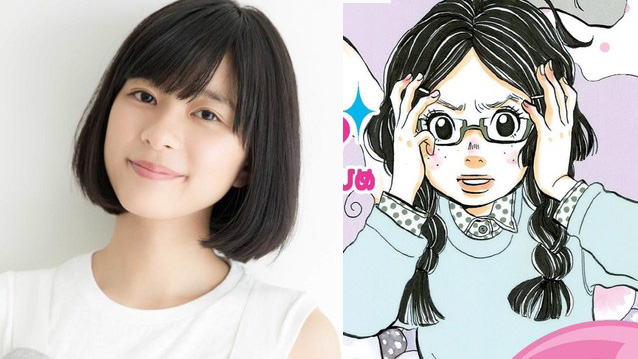 Princess Jellyfish, the manga from Akiko Higashimura about a group of otaku women in Tokyo, will be getting a live-action television series adaptation.

The series, which goes on-air January 2018, will star Kyoko Yoshine in the main role of Tsukimi Kurashita. It will be directed by Junichi Ishikawa with scripts from Yuichi Tokunaga.

Yoshine has starred in films like 64 and this year’s live-action version of The Anthem of the Heart.

Here’s how Kodansha describes the first volume of the manga:

Tsukimi Kurashita has a strange fascination with jellyfish. She’s loved them from a young age and has carried that love with her to her new life in the big city of Tokyo. There, she resides in Amamizukan, a safe-haven for girl geeks who regularly gush over a range of things from trains to Japanese dolls. However, a chance meeting at a pet shop has Tsukimi crossing paths with one of the things that the residents of Amamizukan have been desperately trying to avoid—a beautiful and fashionable woman! But there’s much more to this woman than her trendy clothes! This odd encounter is only the beginning of a new and unexpected path for Tsukimi and her friends.