When you go to Tokyo’s otaku mecca of Akihabara, you expect to be bombarded with images of questionable taste. As captured by a few Twitter users, a new ad is pushing the limits of even the most skewed otaku tastes, offering up multiple stories worth of big-boobed anime girls.

Here’s a closer look at the ad, via @m1dor1_lineat: 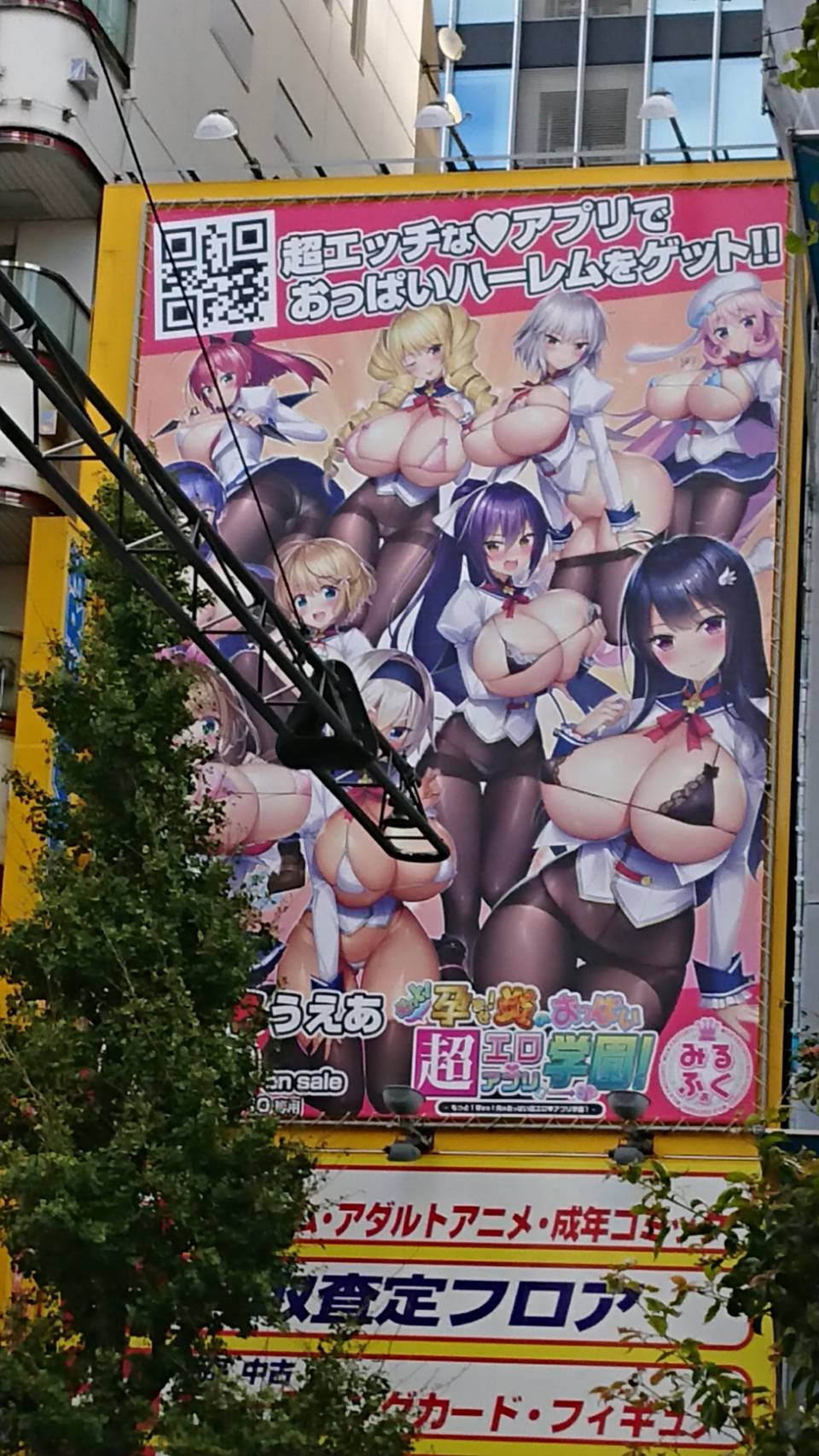 It definitely seems to be honest in its advertising, but some Japanese commenters didn’t find it too amusing. One said, “This really isn’t the sort of thing to be putting up on the outside of a building,” while another added that it’s “environmental sexual harassment.”

But perhaps the most damning response was the following: “They’re asking 9,800 yen (US$91) for the game. That’s expensive.”

It sure is. The billboard has apparently been up since around the start of the month at anime and game shop Traders’ #3 Akihabara branch, and it doesn’t seem to be going anywhere at the moment.

What do you think? Is the billboard too much, or is it about what you’d expect in Akihabara?