Anime Music Out Of Left Field 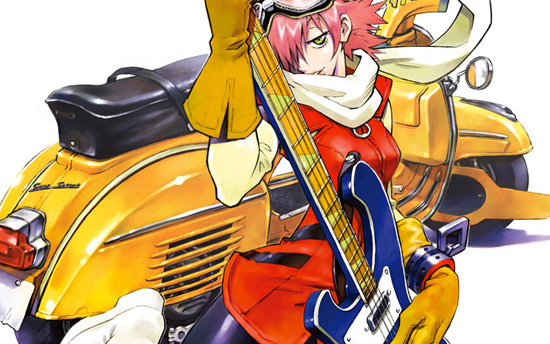 There’s a scene in the none-more-otaku gag anime Lucky Star where the anime-obsessed American exchange student Patricia Martin is being asked about her taste in music. She stuns her friends by rattling off a surprisingly diverse list of Japanese pop artists, before it’s revealed that they all did songs for anime series. The joke’s setup hinges on a certain understanding of anime music as a genre unto itself, somehow separate from both mainstream pop and “cool” underground music, while the payoff is that of course things aren’t so cut and dried.

While the bands that Patricia likes (she mentions Orange Range, Chemistry, Pornograffitti and L’arc en Ciel among others) are pretty solidly mainstream, a tour through anime soundtracks can also give you, in its fragmentary way, a history that takes in nearly every major movement in the fascinating underbelly of Japanese rock.

Japan had a rock’n’roll revolution of sorts in the ’60s with the style of Beatles-influenced pop known as “group sounds” and the style of instrumental surf guitar known as “eleki” but the ’70s was where Japanese rock really started to grow up and assert its independence from its Western influences. Folk rock was a big deal at that time, and some of the biggest stars of the era like Yosui Inoue, Happy End and RC Succession came from folk and singer-songwriter backgrounds. Furuido were a classic example of ’70s Japanese folk rock, and their song “Nantoka Nare” graces the opening credits of 2005 Mahjong anime Akagi.

Furuido’s guitarist Reiichi “Chabo” Nakaido later joined his friend the inimitable Kiyoshori Imawano in RC Succession and helped bridge the gap between the ’70s rock scene and the new punk and new wave movements, before re-emerging in the late 90s on the soundtrack to the classic cyber-horror anime Serial Experiments Lain, for which he performed the closing theme and worked as a composer, his worn, warm, gravelly vocals creating a curious dissonance with the stark, alienated urban dreamscape of the show.

While Nakaido’s style of bluesy folk rock was just about accommodated by the entertainment establishment of the time, 70s Japan was also home to a thread of far more avant-garde and transgressive music, and its most striking echo in the anime world can undoubtedly be found on the soundtrack to surreal 1997 series Revolutionary Girl Utena. The show’s creator Kunihiko Ikuhara was heavily influenced by the work of experimental playwright Shuji Terayama (whose play and film Emperor Tomato Ketchup also gave British indie band Stereolab the title of their classic 1996 album) and went as far as recruiting Terayama’s long-time musical collaborator, the psychedelic composer J.A. Seazer, who composed the show’s memorable operatic battle theme “Zettai Unmei Mokushiroku” in the same style of many of his works for Terayama.

Unlike in the UK where punk was partly a reaction against 1970s progressive rock, the Japanese underground and rock scenes of the ’70s bled more smoothly into the emerging punk and new wave movements. Kenji Ootsuki was heavily influenced by both ’70s prog rock and the new Japanese punk and new wave scenes and his band Kinniku Shojo Tai debuted on the legendary new wave label Nagomu Records with the wonderful single “Takagi Boo Densetsu.” Alongside his musical career, he maintained a long-time interest in manga and anime, and he eventually brought the two together, writing various theme songs, perhaps most notably for Shaft’s Sayonara Zetsubo Sensei.

Japanese new wave also gave us the wonderfully oddball Hikashu, whose music would later make an unexpected appearance on the opening and closing credits of 1993 OVA series Orguss 02, while vocalist Mishio Ogawa of the brilliant Chakra (not to be confused with the Korean idol group of the same name) sings the song “Hashire Jitensha,” the closing theme of Katsuhiro Otomo’s Roujin Z. However, by far the most spectacular and successful musical crossover between the ’80s new wave scene and anime must surely be the partnership between director Satoshi Kon and composer Susumu Hirasawa.

Formed in 1979, Hirasawa’s band P-Model sat alongside Hikashu and the Plastics at the vanguard of new wave and technopop. Pseudonymous manga author “Kakifly” is obviously a fan, having named many of the characters of his schoolgirl rock band comic and anime K-On! after P-Model members, but Hirasawa’s music on the soundtracks to the films Millennium Actress and Paprika, as well as the TV series Paranoia Agent, stands out as one of the most striking and instantly recognizable sounds in anime. The death of Kon in 2010 was more than just the death of a man: it was the death of a glorious partnership between sound and vision.

It’s notable that it’s really at the end of the 90s, as more and more people who had grown up with anime fandom started to work in the business as animators and directors, and as the subcultural appeal of anime among older viewers started to become apparent, that more creators started recruiting their favorite musicians into their soundtracks rather than commissioning music done in the traditional “anison” style. The use of the music of a hot contemporary rock band, The Pillows, on the soundtrack to Gainax’s FLCL was in some ways a turning point, and while anime music developed in its own direction, remaining more or less separated as a genre in itself (it still occupies its own section in CD stores even as shops like Tower Records integrated their indie and pop/rock sections,) indie music and anime seem to have moved closer.

The tail end of the ’90s saw a revival of P-Model’s new wave/technopop sound with new bands like Polysics and Motocompo, both of whom have gone on to forge connections with anime, the former with agricultural comedy drama Moyashimon and the latter through songwriter/producer Dr. Usui’s work on various anime, most recently on the closing themes for magical girl series Dokidoki! PreCure. The big generational shift in indie and rock music that swept Shibuya-kei away though was the wave of UK- and US-influenced alternative bands like Number Girl, Quruli and Supercar who emerged around the turn of the millennium. The use (or overuse if we’re honest) of Supercar’s “Storywriter” in robot anime Eureka Seven was one of the most recognizable features of the series and together with the gleeful way the show referenced then-cool British and American music and pop culture at every opportunity, it emphasized the new confidence with which Japanese rock bands were taking on music that had previously been the preserve of hip imports.

Just as the anime directors of the late ’90s had grown up listening to new wave, Shibuya-kei and Anglo-American alternative rock, the Japanese rock musicians who followed in the wake of Supercar had grown up watching not only children’s anime but also the more grownup shows that those directors had produced. A good example of this new generation of musician who is equally at home in the anime and manga worlds is Etsuko Yakushimaru of the band Soutaisei Riron. She has worked with all manner of underground and alternative musicians, including Jim O’Rourke and Yoshihide Otomo, yet she has also written songs for idol groups like Momoiro Clover Z and contributed music to anime like Arakawa Under the Bridge, Tatami Galaxy, Denpa Onna to Seishun Otoko, Utena creator Ikuhara’s recent Penguindrum, and most recently, the ending theme of Space Dandy.

While fans of anime music will be at pains to point out the diversity that the genre (if it can even be called that) already offers, anime has also benefitted greatly from the addition of sounds and talent from outside its traditional creative pool. Sometimes, something out of left field is just the only thing that’ll work. 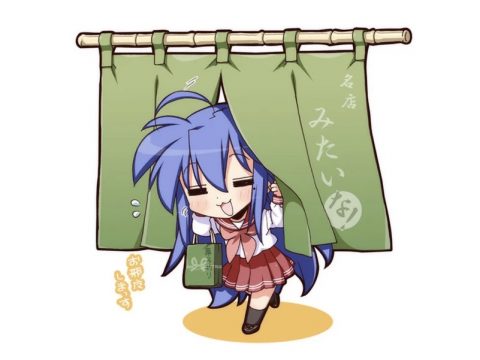 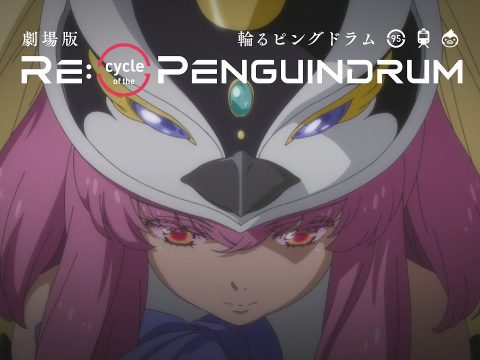 Gurren Lagann Getting Turned Into… A Play?
Anime’s Most Deadly: Genocyber Episode 1