The Vault of Error: Hyper Doll 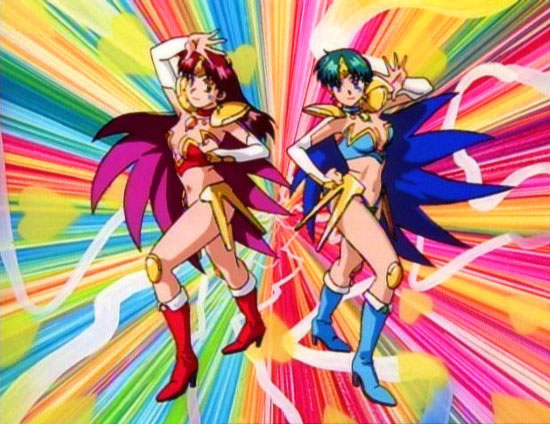 A tsunami of recent nostalgia releases is wreaking havoc with my Vault of Error. I planned to review Demon City Shinjuku, but that title is once again readily available courtesy of Discotek Media. I considered examining Dominion: Tank Police and Black Magic M-66, but Section23 has rescued the licenses for both of those. Every month it seems another relic from the early days of American anime fandom is dusted off and trotted out for a new generation of otaku to enjoy. Now is a fine time to be a collector, but the resurgence of so many older titles makes it harder for me to write columns about the obscure and neglected anime of a bygone era.

When the going gets tough, the tough get desperate. So I threw up my hands in resignation and said: “Screw it, I’ll write about Hyper Doll.” 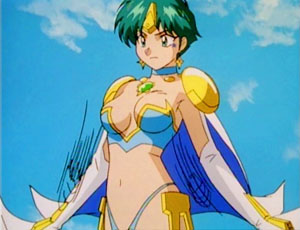 The year is 1995. A shady, super-science organization known as Chaos threatens world peace with an army of homegrown monsters that sow fear and devastation wherever they appear.

Enter Mika and Mew, a pair of super-powered alien enforcers charged with protecting the Earth—or at least the greater metropolitan areas of Tokyo, Japan —from these threats. They’re kind of like the Green Lantern Corps, if Hal Jordan and Kyle Rayner were buxom, bikini-clad young ladies. Unfortunately, between the two of them Mika and Mew have all the tact of Guy Gardner, all the charisma of Kilowog, and all the integrity of Sinestro. Rather than rings and lanterns they use earrings and satellites to augment their already impressive super-abilities, which include flight, super strength, and nigh invulnerability. Mika and Mew combine their powers to crush the minions of Chaos, which invariably appear as comically gigantic invertebrates with affected mannerisms such as Kuragemon, an ambiguously gay jellyfish, and Mimizumon, an oversensitive earthworm who talks like a hillbilly.

Mika and Mew are terrible at their jobs. Whenever they conquer the villains, they cause massive collateral damage, although their adoring fans don’t seem to mind. The heroines are also slothful and shallow; they prefer to spend their time goofing off rather than protecting their adopted planet from catastrophe. When off-duty they masquerade as a pair of ordinary high school students, and the only Earthling who knows their true identity is their hapless classmate, Akai. Mika and Mew tease Akai mercilessly, frequently threatening to twist his head off, to drop him from a great height, or to force him into mortal combat with Chaos’s monstrous creatures. 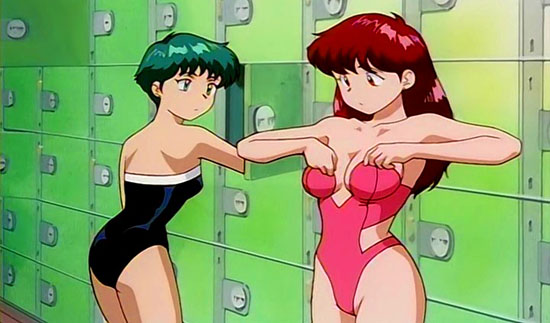 Based off of a five-volume manga by Shimpei Itoh, Hyper Doll is a one-shot OVA composed of two episodes. The first episode involves shenanigans at the local water park; it’s an excuse to put everybody in bathing suits. The second occurs during a summer fireworks festival; it’s an excuse to dress everyone in yukata. In retrospect, it’s remarkable that this anime even exists. Taro Maki—the planner behind such titles as Tenchi Muyo and Armitage III—clearly poured a not-insignificant amount of money into this project. The production values are high. The animation still looks slick and glossy nearly twenty years later. There’s humor and fan-service and stuff blowing up, everything anyone could possibly want from an anime created in the 1990s, right? 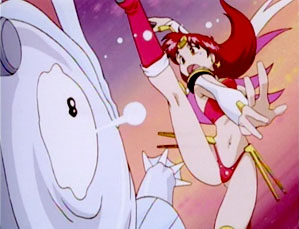 But ultimately, Hyper Doll is entirely forgettable. It assumes that the viewer has intimate knowledge of the manga, which apparently saw a partial English language release from Studio Ironcat back in 2002, to which I’m certain the average reader will respond: “Who the heck is Studio Ironcat?” Hyper Doll has a few funny moments, such as when the heroines sing snatches of their own theme song after a battle, or when Mimizumon’s rampage disturbs dozens of amorous couples hiding in the bushes outside the festival. But Hyper Doll bites way too hard on the style of Dirty Pair. Mika and Mew even cribbed the code name of their predecessors: the Lovely Angels. But while Kei and Yuri, the original Lovely Angels, could be catty and superficial sometimes, at least they had some modicum of charisma and personality. Mew and Mika are entirely defined by how cruelly they treat Akai and how casually hateful they behave to each other.

Nobody’s going to re-license this. No one’s going to sift through the rubble of Geneon Entertainment and stumble from the wreckage with a dusty DVD of Hyper Doll in one hand and a laserdisc of Moldiver in the other. Heck, no one’s even bothering to scalp the remaining stock of Hyper Doll for obscene prices on Amazon; at the time of this writing, you can purchase a new DVD copy for less than five smackeroos. The DVDs are currently cheaper than the original VHS releases, which weren’t dual-language and only contained one episode per tape. 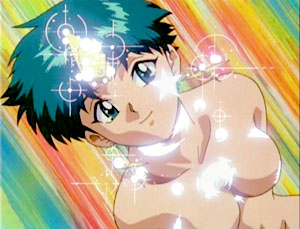 Even the Wikipedia entry for the series is hilariously sparse. Nobody wants Hyper Doll. Nobody cares.

And thus this series can remain safely locked within the Vault of Error, a thirteen-year-old DVD that I’ve watched maybe twice.

The ball’s in your court, Section23.

Go ahead, make my day.