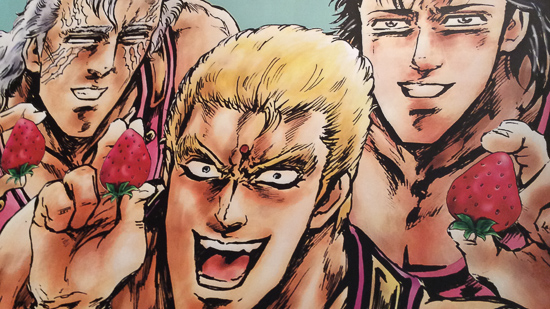 In celebration of Souther, the cafe has been done up in strawberry-flavored style, with pages of the manga and posters lining the wall. Several pieces of merchandise were available, including calendars, stickers, coasters, and the manga itself. 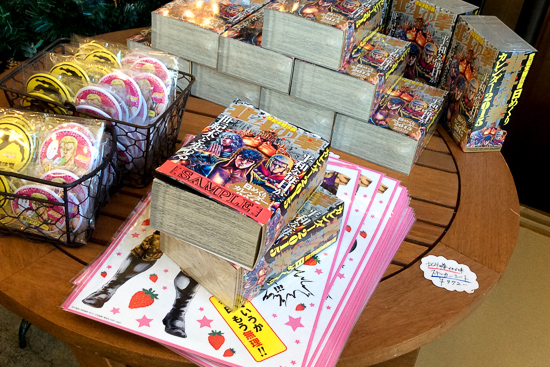 Kenshiro himself, perhaps in a challenge to Souther, was also at the cafe, getting into the Christmas spirit with a Santa hat and an ayashiiy-placed tree. 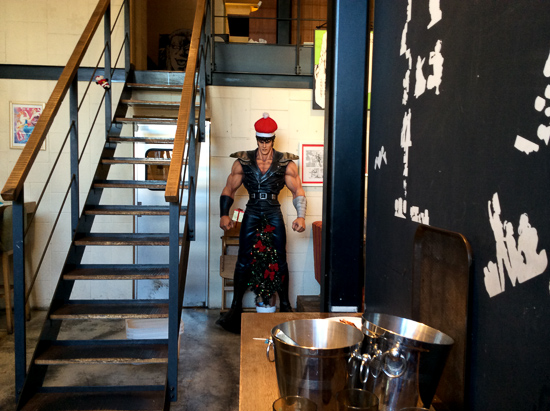 But perhaps the most exciting part of the experience was the Holy Emperor Curry, a curry rice dish shaped in the style of a pyramid – ostensibly the pyramid Souther forced child slaves to create in tribute to his dead master. Delicious! 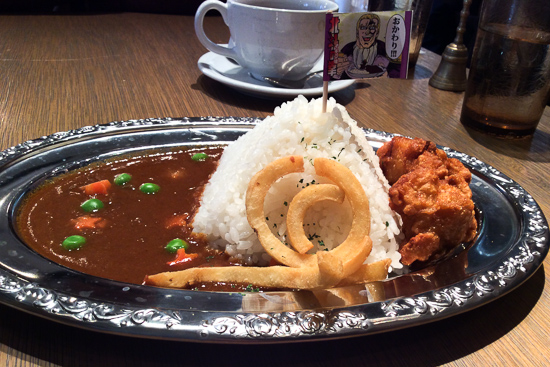 It seriously was delicious, though.

Though it was a pretty normal curry, we dug the detail put into it – especially the carrots, cut into the shape of stars. 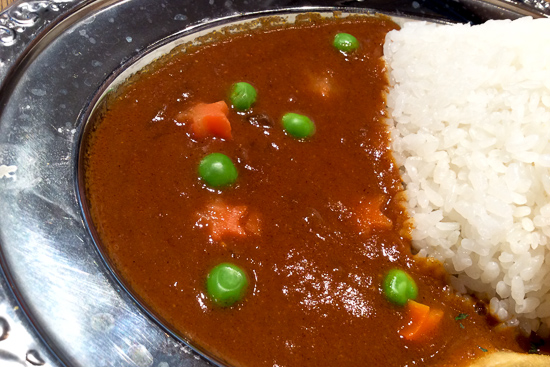 Several drinks and even a cupcake based on the series were also on offer, and guests ordering the items received a coaster of one of the series’ characters. Neat!

Unlike other anime and manga-themed cafes we’ve profiled before, Cafe Zenon’s Strawberry Flavored Fist of the North Star theme isn’t really an experience – there are no cosplaying staff members or special shows. But we can’t say it wasn’t a treat to gobble down on some Holy Emperor Curry while surrounded by portrait of Souther. 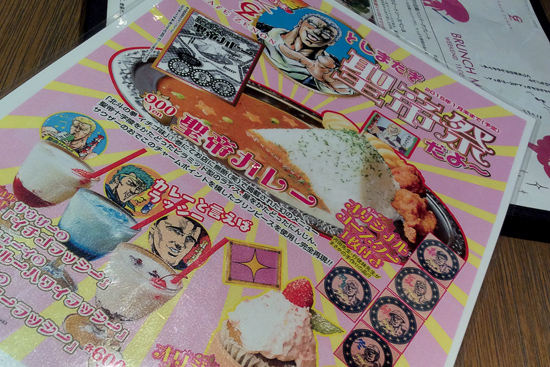 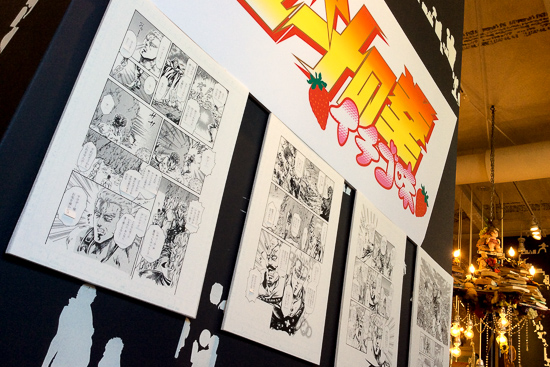 Cafe Zenon’s just a hop skip and jump away from the Ghibli Museum and worth a look if you’re in the area. The Strawberry Flavored Fist of the North Star theme ends January 31, but the cafe is manga-themed year round.