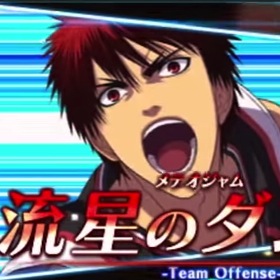 Bandai Namco Games is bringing Kuroko’s Basketball: Ties to the Future to Nintendo 3DS in Japan on March 26, 2015, with promises of a “miraculous basketball action game.” While we still have a few months wait ahead of us, the first promotional video recently popped online.

The trailer features narration by Kuroko and Kagami, who team up to introduce the basketball action. Players will be able to explore the town, form teams, increase the number of courts to play on, and more, and the story featured within is all new with fully-voiced events.