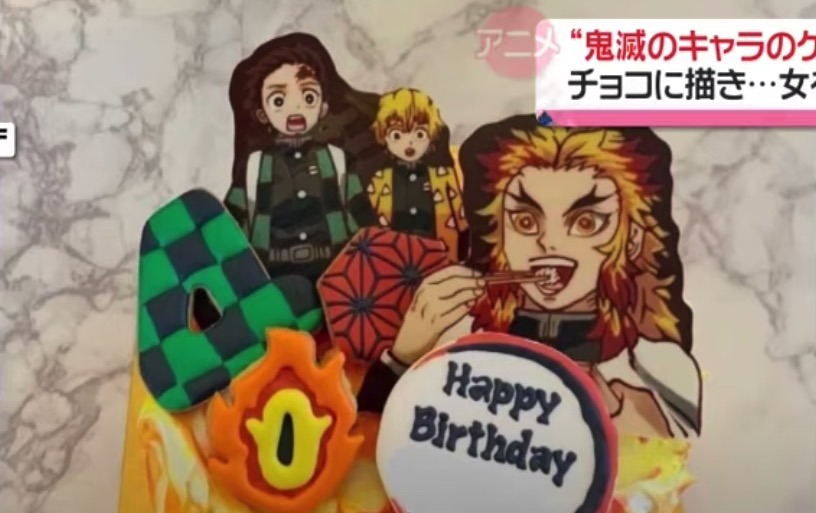 In the world of copyright violation in Japan, any number of items could be a potential infringement, and that applies to anime cakes. In the case of a 34-year-old Shibuya-based woman, those cakes just so happened to be based on Demon Slayer, and Tokyo Metropolitan Police recently busted her for selling these (presumably) delicious bootlegs.

According to reports, the woman has been making and selling cakes featuring chocolate pen drawings of the Demon Slayer: Kimetsu no Yaiba cast since 2019. In that time, her business—which has been conducted via Instagram—resulted in hundreds of cakes sold, with prices ranging from ¥13,000 (US$114) to ¥15,000 (US$132) per cake. Earnings have been estimated to hit upwards of ¥6.5 million (about US$57,100).

Rights holders eventually reported this business to the police. Making the cakes and showing them off on Instagram would have been fine, but you’re officially in copyright crime territory once you start a full-on operation. The woman clearly understood this fact, saying, “I knew what I was doing was wrong, but I didn’t think I’d be able to sell ordinary cakes.”

Here’s a news report looking at the cakes in question:

Call of the Night Getting Anime in 2022, Releases Teaser Trailer
A Life Turned Upside Down: My Dad’s an Alcoholic is an Honest Gut Punch of a Manga