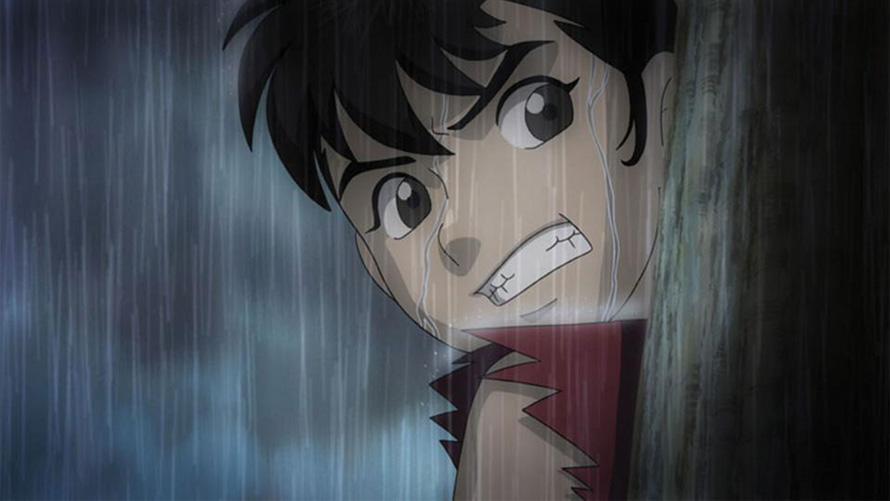 An eternal life’s work, as every living thing is

Osamu Tezuka is often called the “god” of manga and anime, having pioneered many of the modern conventions and production methodologies still in use today. His works remain resonant to modern audiences; 2019’s anime adaptation of his 1960s work Dororo was one of the year’s best. But Tezuka’s most pioneering series is his “life’s work” Phoenix, so named because he spent nearly his entire professional life making it. His Phoenix manga is an incredibly experimental, ambitious series of self-contained yet interlinked stories spanning from the dawn of civilization all the way to infinity in which Tezuka ruminated upon the meaning of existence and life itself through the lenses of both Japanese historical and interstellar science fiction. 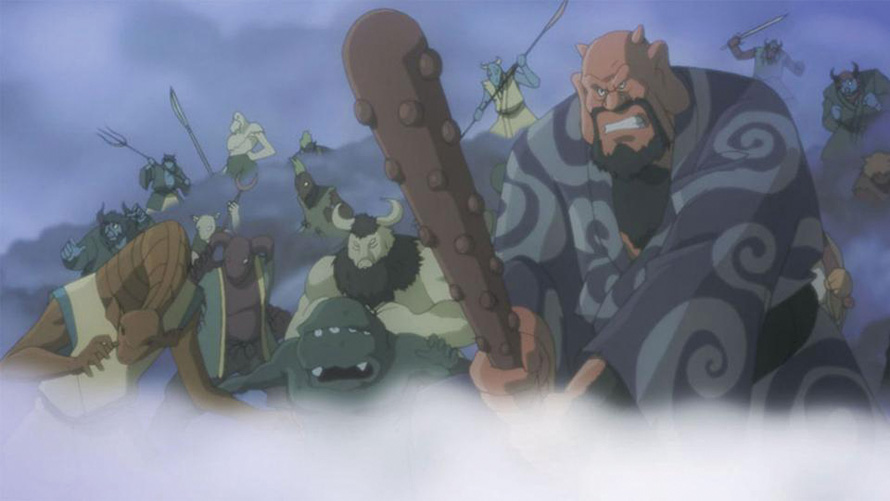 Each story in some way involves the Phoenix, an eternally reborn bird of fire that personifies the cosmic energies of the universe, whose blood is believed to grant immortality. Following anime adaptations of select stories in the 1980s—all stellar, all not currently available in the US—in 2004, this 13-episode series was made to adapt some of the other material that had not previously been animated. Considering it was a lavish high-definition co-production between the Japanese public broadcast station NHK and New York City public broadcast station WNET, I always thought it strange that no high-definition US release occurred sooner (did it even air on any PBS affiliate?), but now in 2019 we finally have it on Blu-ray.

For those familiar with the manga, the entirety of which remains available from Viz both in print and digital, the stories adapted here are “Dawn,” “Resurrection,” “Strange Beings,” “Sun,” and my personal favorite “Future,” which while originally the second installment written was the first released by Viz and the final story told here. “Future” is, after all, the conclusion: Tezuka wrote Phoenix such that he made the very beginning, then the chronological end, alternating between past and future with each tale told. Fifty years ago, in 1969, Tezuka outlined his plan which he’d been workshopping since the 1950s: “Each story would stand on its own and seem to have nothing to do with the other stories, but the final story would tie everything together—and for the first time, the reader would realize that the structure of the series is such that each story would be just one part of a much longer story.” 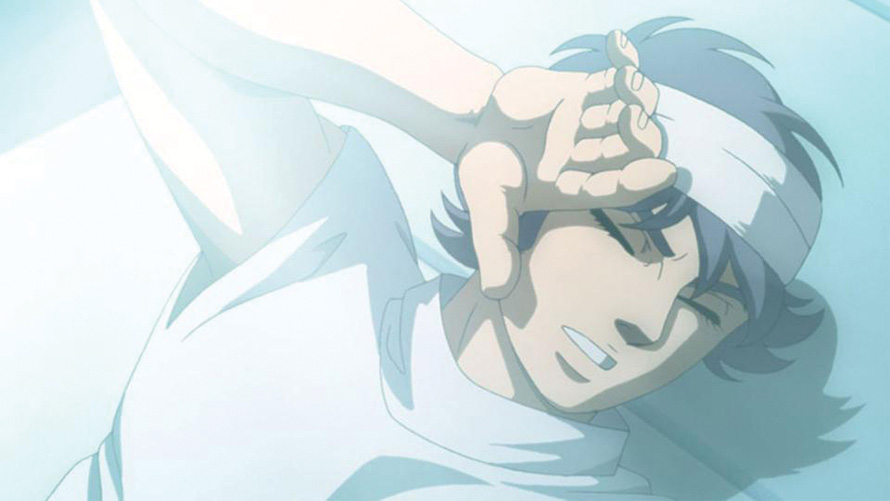 Sadly, Tezuka died in 1989 before writing that final installment. Fortunately, the stories are set so far apart that the primary recurring character is the Phoenix itself, and its appearances are for the most part brief; these are fundamentally stories of the human condition, often harsh and unflinching. Though each story is drastically different, on the macro level Phoenix is about cyclical rebirth; Tezuka employs his “star system”—reusing character designs and presenting each as though they were actors in a troupe playing roles—to convey the idea that the characters are reincarnating. For example, the big-nosed Saruta of antiquity may have been a vicious murdering bandit, while in the future he is a wise benevolent scientist. 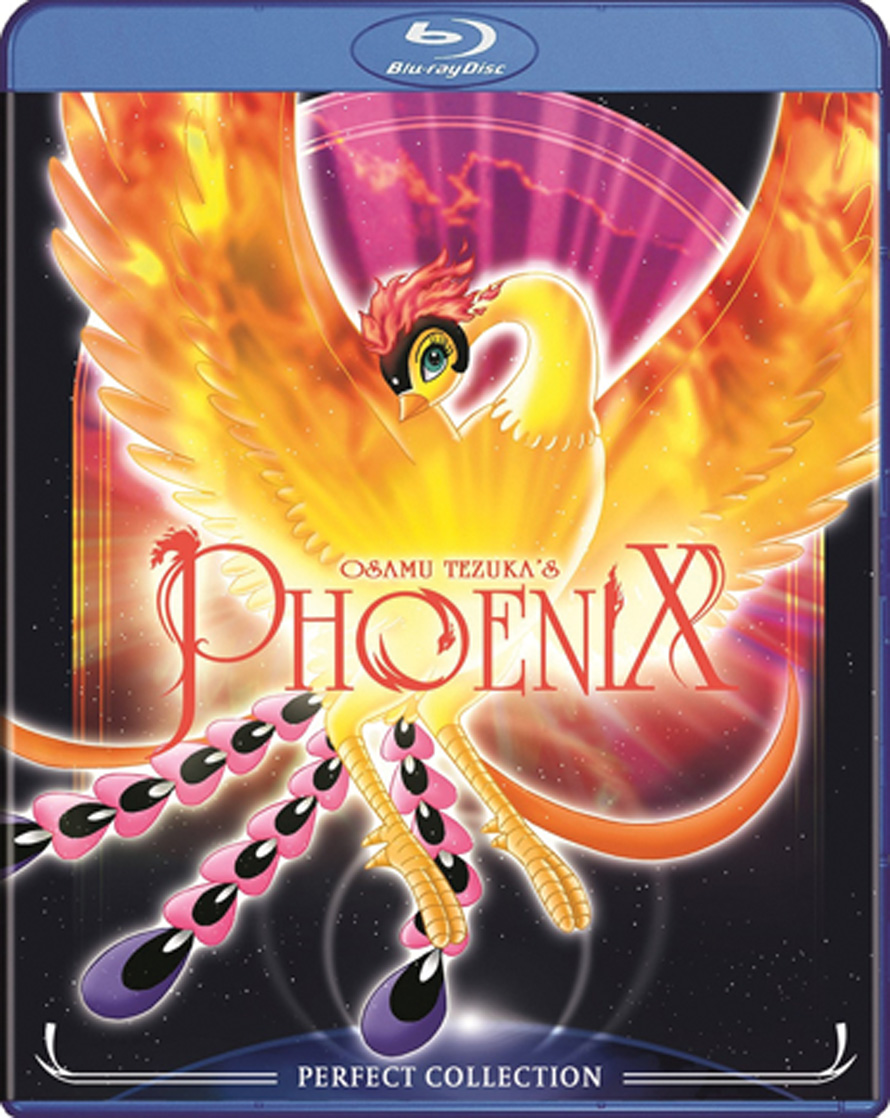 Phoenix brings together top-tier anime talents such as director Ryosuke Takahashi and animation director Akio Sugino to reverentially do justice to the source material, even if it means downplaying the most sobering or graphic content for the sake of television standards. But like with Giant Robo, despite the beautiful animation and soundtrack the character designs remain faithful updates to decidedly retro aesthetics and so anime fan enthusiasm to date has been virtually nonexistent as a result. What’s more, Phoenix is emotionally heavy stuff that isn’t suited to either a group viewing environment or a solo binge watch. Each part concludes so cathartically that you probably want to just sit and ruminate on it for a few days; “iyashikei” this is not.

Osamu Tezuka’s Phoenix has garnered boundless acclaim from critics (add me onto the pile) and praise from its localization team (NYAV Post) as one of the greatest and most important titles the medium has ever produced. The tales told are ultimately hopeful at the grand cosmic level, even if the “us” as we perceive such a thing won’t be able to witness it. Such was Tezuka’s philosophy: “life itself is that which never ends. And we each have eternal life from the beginning.”