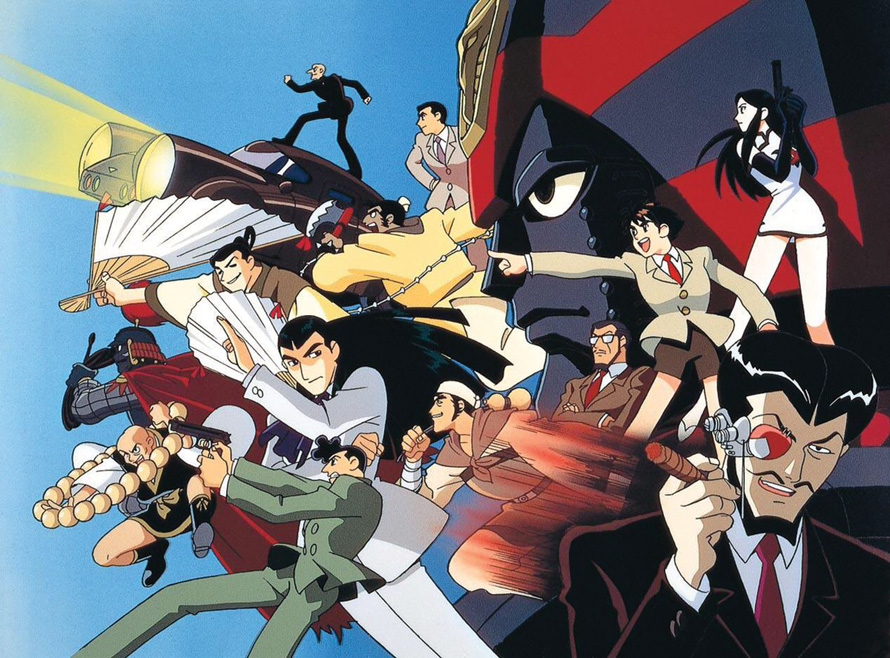 The greatest OVA of all time?

I have been saying it for decades, because it remains true. Giant Robo: The Day the Earth Stood Still is the greatest anime OVA series ever created. Nope, not Gunbuster. Not even Legend of the Galactic Heroes. It’s this seven-episode magnum opus of Yasuhiro Imagawa (Mobile Fighter G Gundam) that serves as an homage to the works of the legendary Mitsuteru Yokoyama: a pioneering manga author in the genres of giant robots, magical girls, psychic espers, ninja, and classical Chinese literature tales of martial heroes. For Giant Robo includes all of these things put together, which is a feat never attempted before or since. 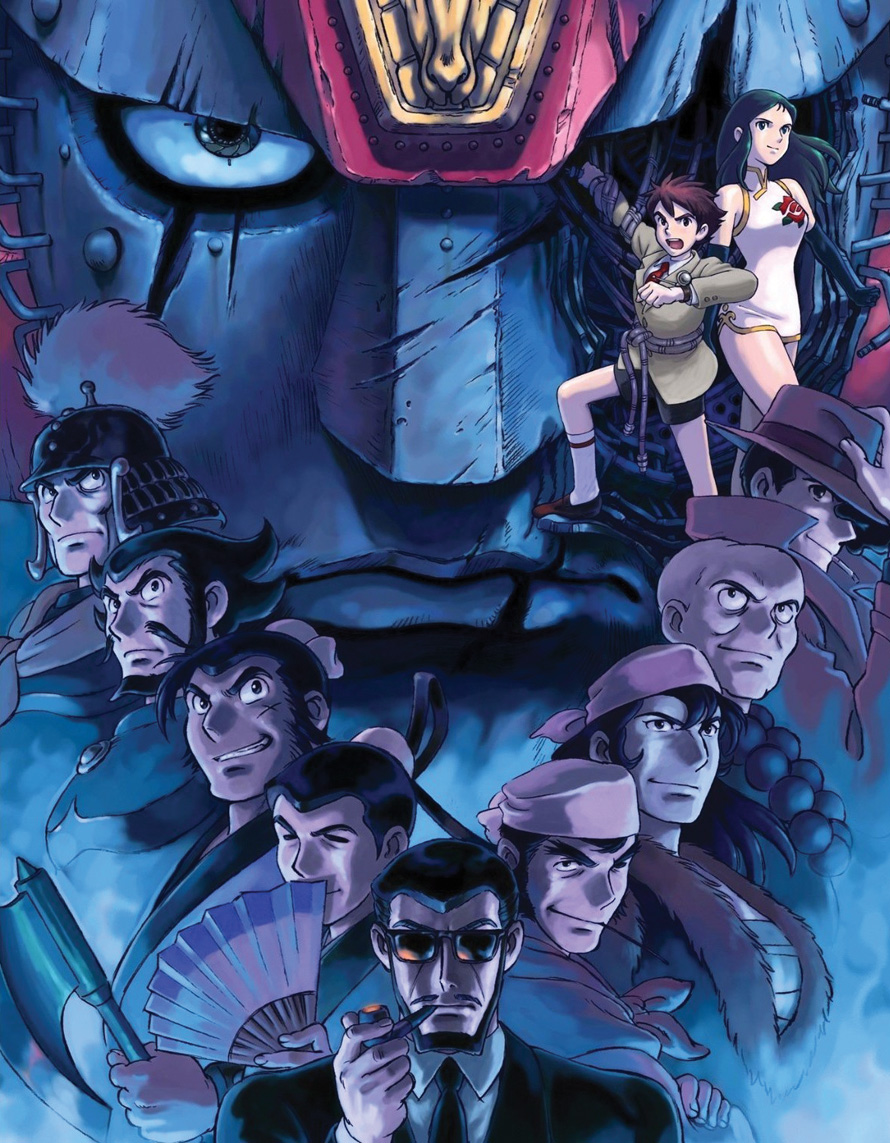 Clean, renewable, unlimited energy is readily available thanks to an invention known as the Shizuma Drive, resulting in global prosperity. But a secret organization known as the BF Group seeks to conquer the world in the service of the mysterious Big Fire. With its high-ranking members, the superhuman Magnificent Ten, individually nigh-unstoppable even before the aid of their army of giant robots, only the Experts of Justice stand a chance of defeating them … except their top agents are absent. But the Experts have an ace up their sleeve: Giant Robo, the most powerful robot on Earth, who obeys the wristwatch-issued commands of an otherwise powerless preteen boy, Daisaku Kusama.

Someone has a vendetta against the creators of the Shizuma Drive and all those who use it and has developed a means to neutralize its functionality, effectively depriving the planet of power. What can a boy and his robot do? Can happiness be achieved without sacrifice? Is this kind of like watching Star Wars if the only thing they ever made was The Empire Strikes Back? And can you spot the part that Guillermo del Toro paid homage to in Pacific Rim? If you find yourself unconvinced after an episode or two, know this: every episode of Giant Robo is better than the last, and the narrative doesn’t cheat. Watch to the end and then go back to the beginning and you’ll see the foreshadowing was there all along. Imagawa’s most clever directorial feat—one sadly ruined by the original 1990s English dub—involves a flashback sequence we gradually see more of over time. The lines spoken remain unchanged, and by the time you’ve seen it all they’re in a very different context than what they were originally.

Being a Yokoyama pastiche means that characters from several of his notable works appear, repurposed for this story, as explained in the highly thorough liner notes by top Giant Robo super-nerd Mike Toole included on disc. Men in Western suits appear alongside Chinese heroes from The Water Margin. High technology coincides with samurai and immortal ninja gumshoe inspectors. This also means the cast is nearly entirely male as only one female character, the Experts of Justice’s cheongsam-clad Ginrei, appears in every episode. Hmm, perhaps this is no longer a liability? 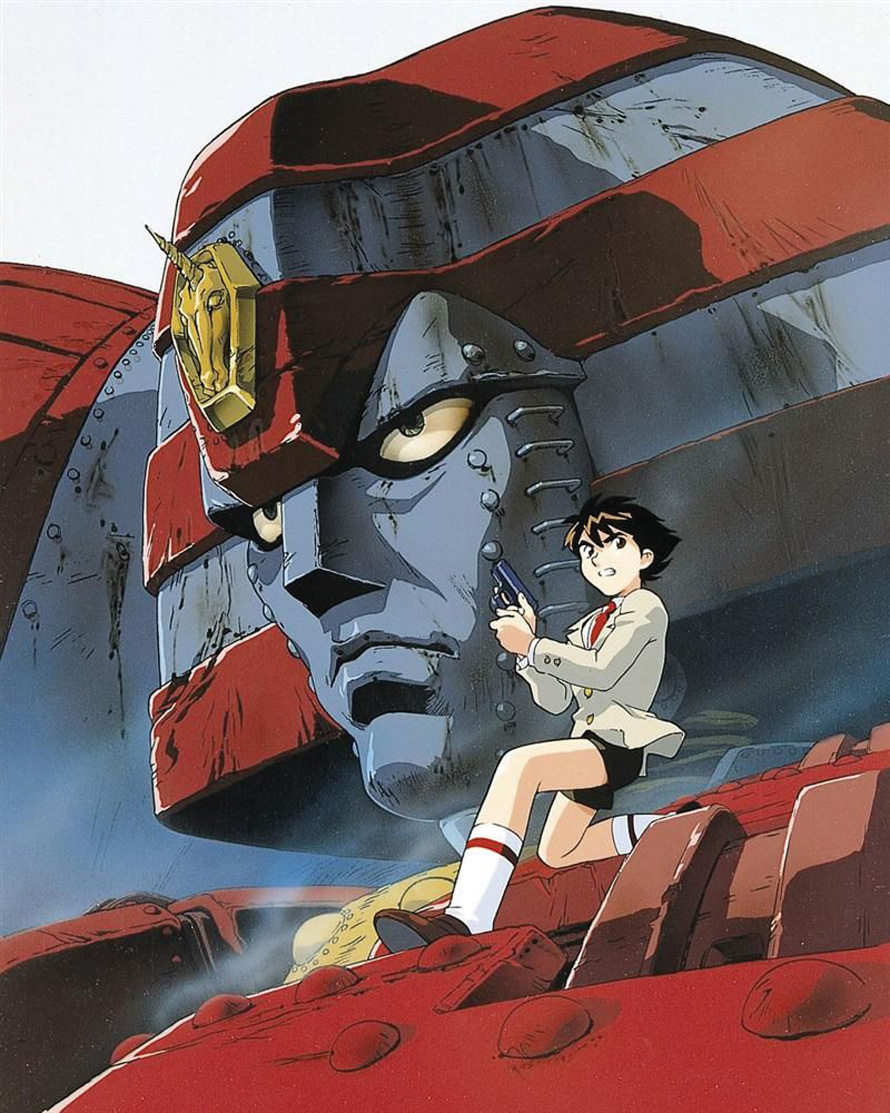 Between the Blu-ray quality and the plethora of extras (note: the Ginrei Special episodes not done by Imagawa will be released separately), this is the best edition of Giant Robo ever released. (Full disclosure: I made a minor contribution in providing bonus materials to this release.) In addition to the Japanese audio and both English dubs, all of the Japanese audio commentaries are here (with all the bits that Media Blasters accidentally cut out in their DVD release restored), plus a brand-new single episode commentary with Les and Mary Claypool reminiscing on some of their earliest anime dub production. There are also making-of featurettes, plus an extensive gallery of production artwork. The design aesthetic of Giant Robo is undeniably retro, but the animation and leitmotif-heavy orchestral score are top-notch.

Giant Robo was always more popular in the West than in Japan … and it was never THAT popular here. But perhaps now is the time that changes. Join me in spreading the gospel of Giant Robo. Together! Allegiance or death, Big Fire! Recommended!