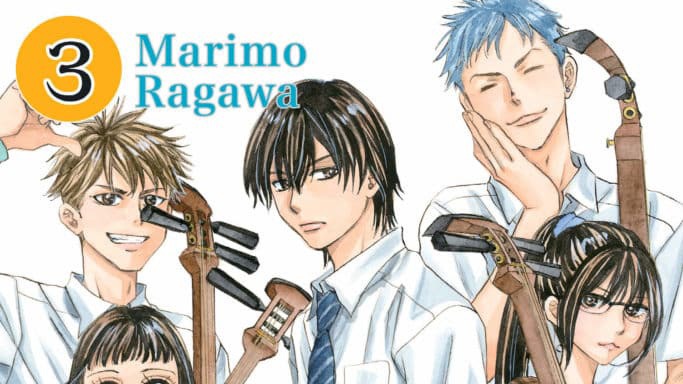 There’s a whole subgenre of manga that does what most of human neuroscience says is impossible. That is, comics about music! That shouldn’t work! Comics don’t have sound! And as selling manga with a recorded soundtrack would be cost-prohibitive, the best manga can do is tell a story about how music makes the listener feel. Happily, Those Snow White Notes does that very well.

The story begins with the death of teenage Setsu’s grandfather, a traditional shamisen player. Trained by years of reading manga, I assumed the series would be about the hero, Setsu, shouting tearfully, “This is for you, Grandpa!” until he plays Japan National Stadium on a final splash page. Nope; These Snow White Notes is much more clever than that. Instead, Setsu’s dying grandfather tells him, “Don’t play again until you know how bad you are.” Ouch! If that doesn’t break your heart as it does our hero’s, your heart is made of stone.

As it progresses, Those Snow White Notes becomes more of a relationship-based drama than a story about music. While it never hurts a shonen manga to have hot girls vying for the hero’s 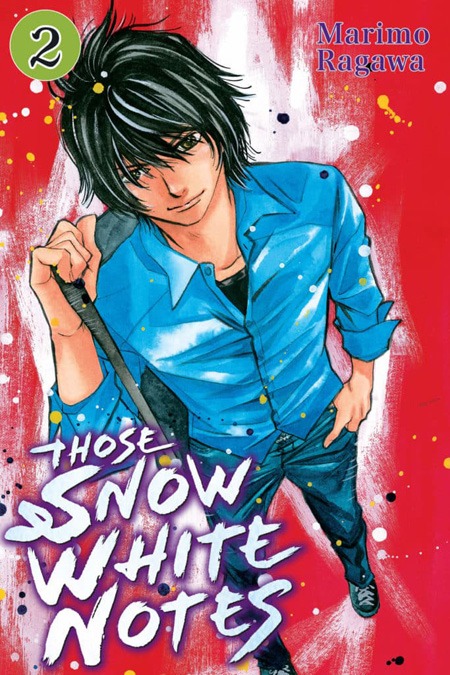 attention, after sampling a few music facts, what I really wanted was a huge geek-out on Japanese folk music. Treat folk music the way Oishinbo treats food! Of course, I’m an American learning about this type of music for the first time. Maybe to Japanese readers, it’s as uninteresting as tales of a Bob Dylan cover band would be to me.

As always, I’ve written way more about the plot than the actual craft of getting the story on the page. Marimo Ragawa draws a nice variety of faces and has developed considerably as an artist since her early series Baby & Me, though her work doesn’t wow me. What does wow me is something seldom discussed in manga reviews: the lettering. The font used in the Kodansha translation to set song lyrics apart from everyday speech is a really good choice. The sparkle effect is a great visual for the transformative power of music.

I like to end reviews with, “Should you buy it?” I think so; it’s very good. My only real problem is that it seems on the verge of crossing over into greatness, but in the first volume it doesn’t quite get there.