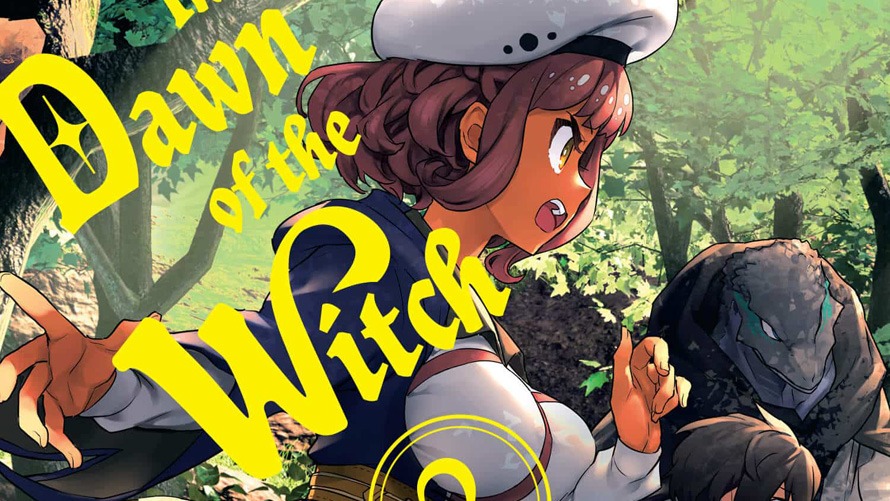 Saybil, a young man with no memory of his past, is the worst student at the Wenias magic school. If he fails, he’ll be expelled and his memories will be sealed away. Desperate to keep the memories he’s made at school, he joins a special class led by eccentric professor Loux Krystas, the Dawn Witch. His classmates include Hort, a gifted witch who signs up as a sort of graduate student, and Kudo, a sullen “Beastfallen” lizard-man. The motley group makes its way to a village where witches live openly and the students can be a part of an ongoing peace process between humans and witches

Tatsuwo’s art is excellent, though it leans heavily on moe fanservice and panty shots. This includes one of the more unpleasant tropes in manga: the magical character who looks like an underage girl, but it’s okay to see her panties all the time because she’s actually really old. That said, the art is beautifully detailed, with exquisite costume designs and unique characters. The inks, probably digital, have a smooth flow and softness. 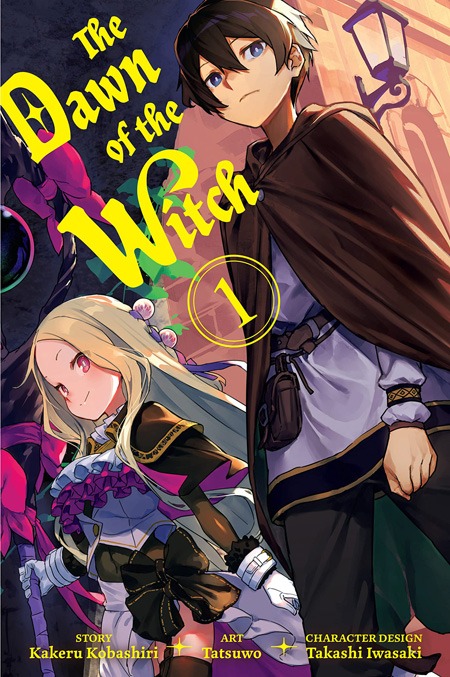 The story is cleverly told through flashbacks, each one of which sheds light on a character’s history and develops their personality. The worldbuilding is logical, and while a lot of the information is provided in infodumps, for the most part the explanations are well-timed and not long enough to grow tedious. The first volume doesn’t lack for action, either. There’s a harrowing chase and rescue after Kudo is targeted by witch hunters. Even Loux is an entertaining character who speaks with a quirky formality and refreshing honesty.

The central mystery revolves around Saybil, his amnesia, and his seeming inability to do magic. He begins the book as a typical hapless average Joe, but it quickly becomes apparent he has a unique view of the world around him, as well as some strange afflictions, like a nearly paralyzed face which means he can barely emote. But that’s only the beginning of Saybil’s problems, and given the promising start to this adventure, he’s sure to grow into a character worth rooting for.