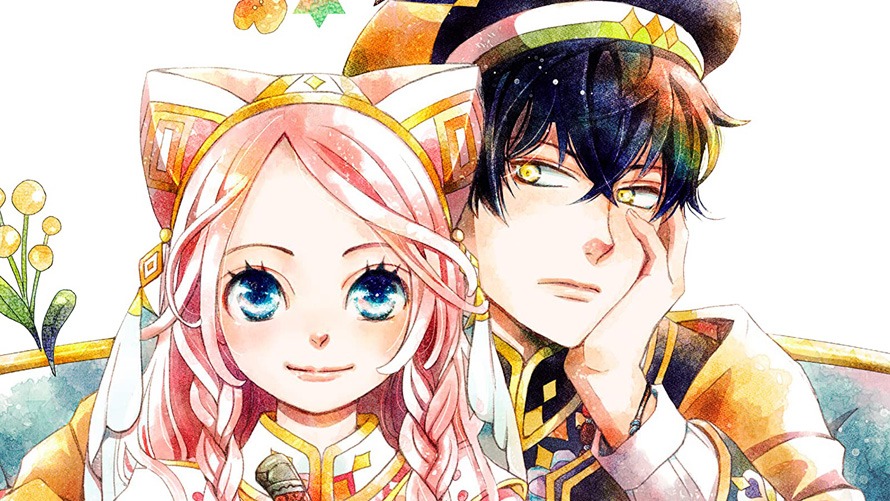 Rikachi’s latest shojo series, as the afterword explains, was not originally intended to be a fantasy. At its core, it’s a basic rags-to-riches love story: the prince rescues a pauper girl, takes her in, lavishes her with riches that would make anyone swoon, yet our maiden isn’t buying it—well, not yet, at least. Everyone and their mother knows this story. Sprinkle in some fantasy elements and you have Nina The Starry Bride, just with a few plot tweaks.

Nina, our starry-eyed protagonist, has had a tough life. When we first meet her, she’s facing judgment for the crime of deception. We’re then whisked away to a few months earlier to see how she got in this predicament. Orphaned due to a plague, Nina joins brothers Saji and Colin to make ends meet. Disguising herself as a boy, Nina keeps a secret only her adoptive brothers know: she has rare lapis lazuli eyes that are said to match those of the God of the Stars and are much sought-after by the wealthy. Nina hides her eyes from the world to avoid being sold into slavery, but after tragedy strikes the group, her starry irises prove to be a valuable form of currency.

Nina is sold to a mysterious cloaked man, but in true romance form, he turns out to be not a slaver, but Prince Azure Reth Fortna, second in line to the throne. Fate would have it that his half-sister, Astral-Priestess Princess Alisha, died in a carriage accident just months before her public debut and wedding to another prince in a far-off land. It just so happens that Alisha also had the rare lapis lazuli eyes, so, without having much choice in the matter, Nina agrees to pose as the princess. 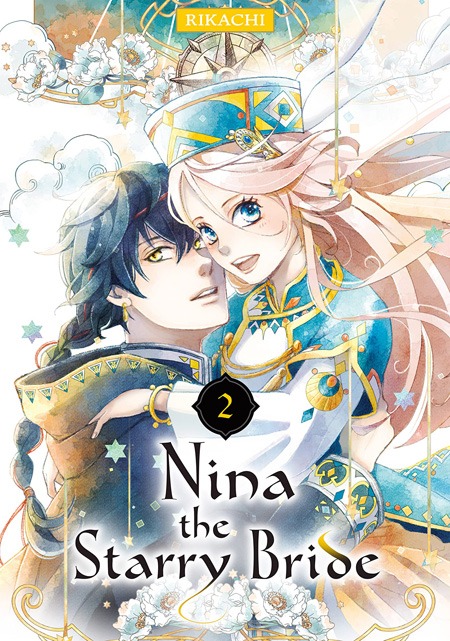 From that point on, each beat in the story is fairly predictable. At first bickering over Nina’s etiquette and demeanor, Azure and Nina become closer than expected. Nina finds chances to escape, but each time her desire to be of use keeps her from running. Azure needs her, so she stays to fulfill her newfound duties, killing off any outward expression of her true self.

While this story doesn’t add anything revolutionary to the genre, it gets by with beautiful character designs and the promise of a budding romance between an unlikely match—a tried and true formula, but an effective one. There are more thrilling romance manga out this season, but this one has room to grow. What’s in the stars for Nina and Azure? Is her arrest foreshadowed at the beginning her demise? Or a ploy to escape marriage to the other prince? Judging by the covers of future installments, Nina The Starry Bride has more story to unfold.