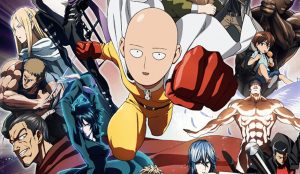 ONE and Yuusuke Murata’s One-Punch Man is on its way back to the screen for a second anime season, and the official website updated with info on the principal cast and staff. While the voice actors are all reprising their respective roles, a few key changes have been made to the anime’s staff members this time around.

While Madhouse was in charge of animation production for the first season, J.C. Staff (Food Wars!) is producing the second.