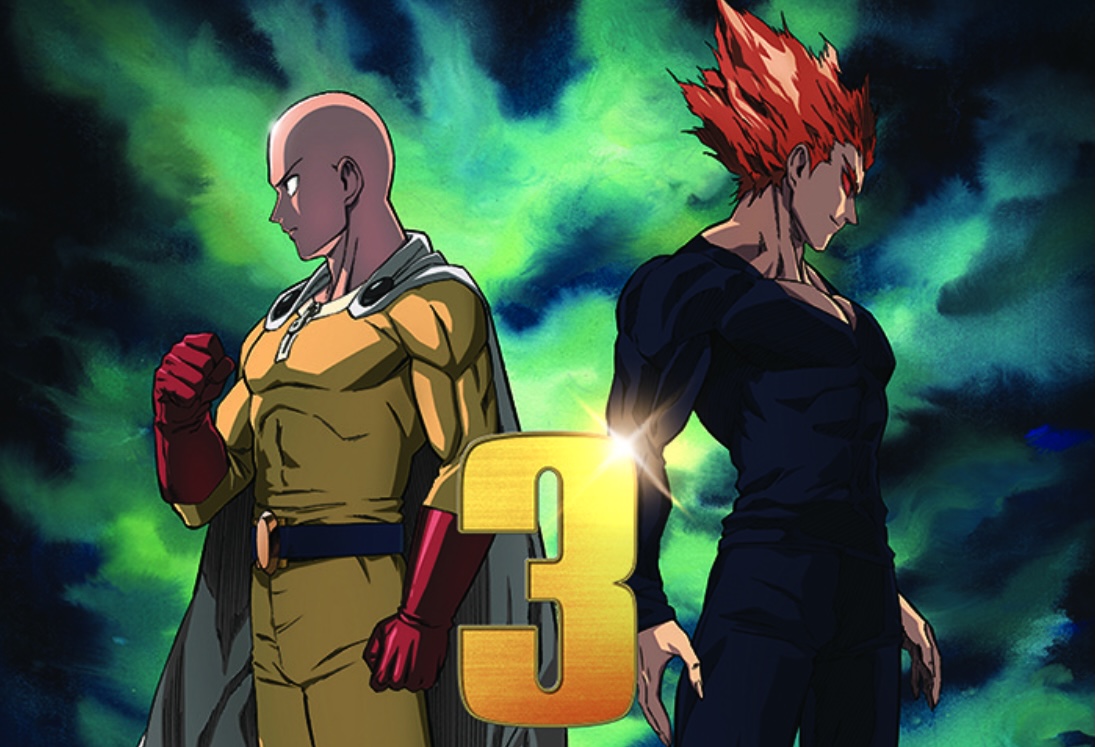 Plans for One-Punch Man season 3 were recently revealed, and it just wouldn’t be an announcement without some input from original creator ONE. The author who started it all as a webcomic chimed in after the reveal to share a celebratory illustration of his own.

Here it is in all its ONE-style glory: 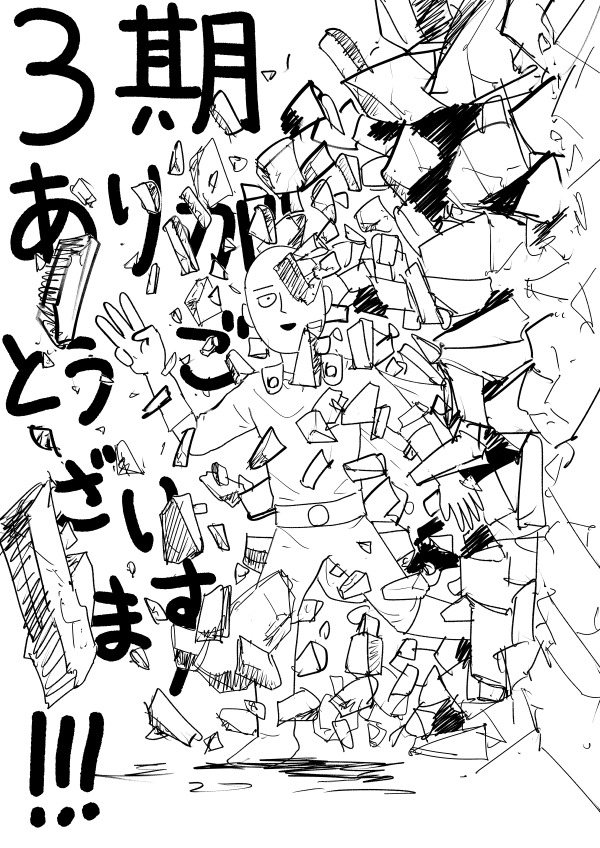 We’re still waiting for more info on One-Punch Man season 3, including timing, staff and the studio producing it.

After starting as a webcomic, creator ONE joined forces with artists Yusuke Murata to work on a new digital and print version of One-Punch Man. VIZ Media releases the manga in English and describes it below.

Saitama started out being a hero just for fun. After three years of “special” training, he became so powerful that he can defeat opponents with a single punch. Now, alongside Genos, his faithful cyborg disciple, Saitama is ready to begin his official duties as a professional hero working with the Hero Association.

However, the frequency of monster appearances is surging and it increasingly appears as if the Great Seer Madame Shibabawa’s prediction about the Earth’s doom is coming true. In the midst of this crisis, the “hero hunter” Garou makes his own appearance.