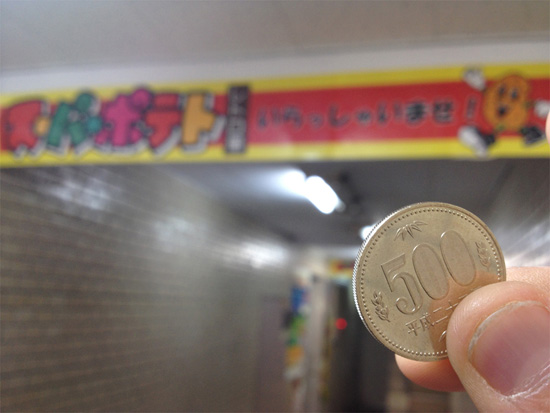 Super Potato is one of Akihabara’s most famous retro gaming shops. Stocked to the brim with the video games of consoles past, the oddly-named Super Potato is a must for gamers less interested in Xbox 360 and more in 8-bit. We sent agent Ramos to take a peek – and take the One Coin Challenge! 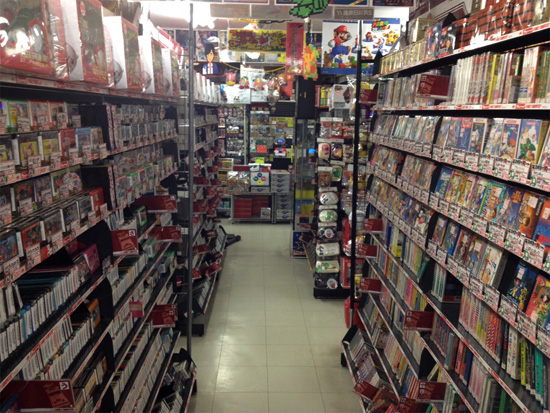 I have no idea whose idea it was to have spuds associated with games, but that’s okay.

Your dear dumpster diver – err, make that stalwart challenger of the coin – isn’t much of a gamer these days, but the idea that stores like Super Potato exist speaks to the historian in me. I grew up checking out dated books on video games at the local library and was utterly fascinated that something like the Mattel Intellivision even existed as a stepping stone somewhere between the NES, the Atari 2600 and the N64.

A store like Super Potato is catnip to such enthusiasts. The elevators are plastered in contemporary advertisements for games as diverse as Sonic 2 and Athena. It’s also far from friendly to the average wallet. Like the US, Japan is good at wringing the bucks out of retro enthusiasts.

So it was that I received my latest mission: go into Super Potato and see what stuff can be scrounged for a single 500 yen coin. 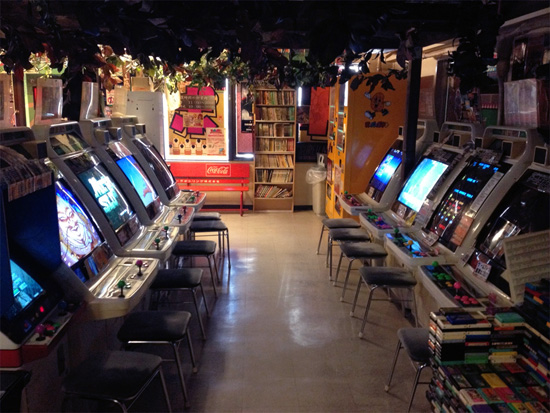 Best to start at the top: the game center. Ah yes, where one can game so long as one has money.

Unfortunately, these machines don’t take 500 yen coins, and even if I were to jam it inside, I doubt it would actually give me 500 yen worth of credits. Not that they would last very long in the average game of Metal Slug. And I wasn’t even about to ask the guy at the counter if I could buy a machine for one coin lest he ban me from the store for stupidity. Change the coin in for the proper 100 yen coins, you say? As if I would sully the holy name of the One Coin Challenge with such chicanery. Next. 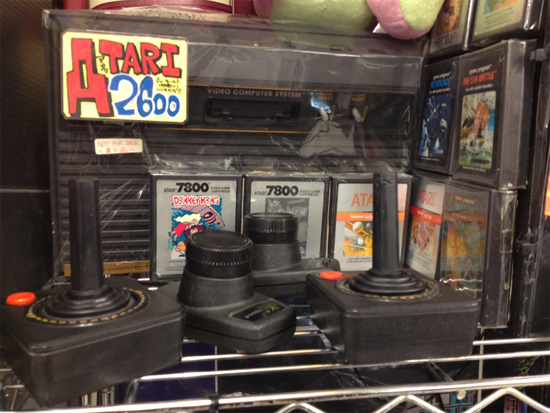 Why, it’s possibly Japan’s only Atari 2600, inexplicably packed with 7800 games. Certainly I’ve seen these things at garage sales for about five bucks in the States. Maybe… ah, not for sale, say the good people at the Potato. Next. 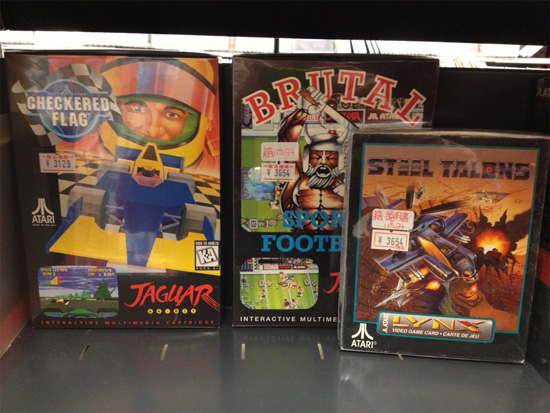 While we’re on an Atari kick, here are some Jaguar games. While I’m sure the poor confused store clerks mistakenly added an extra digit to these two perfectly fine if forgettable titles, I don’t have a Jaguar. No sale, do not pass Go. Next. 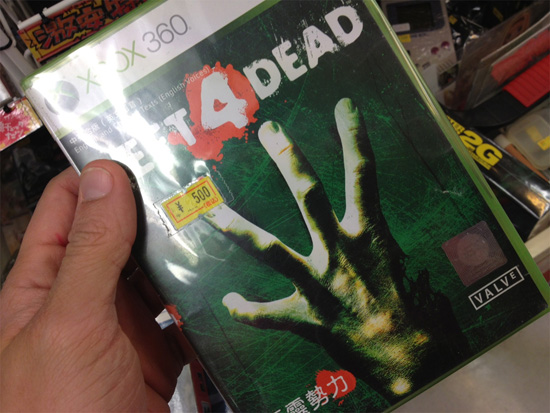 Oh, what’s this? A name-brand, modern game at an affordable price? Alas, I don’t have a 360, and the idea of it being the Chinese copy in a bargain bin builds some questions I’m not comfortable confronting right now. Next. 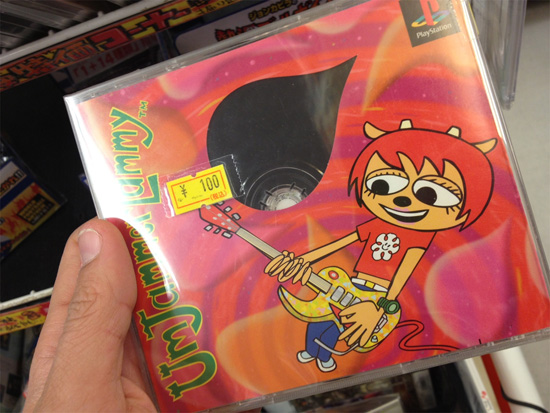 UmJammer Lammy, the awesome, completely psychedelic follow-up to cult classic Parappa the Rappa. Seriously, if you guys haven’t played this game you are missing out. The music is excellent, the replay value and addiction it fosters are far more than it has any right to and it showcases some of the most colorful and creative visuals the PS1 has to offer. At the absurd price of little more than a buck, this is a must-have. Of course, the reason why I write this is because I already own it. NEXT! 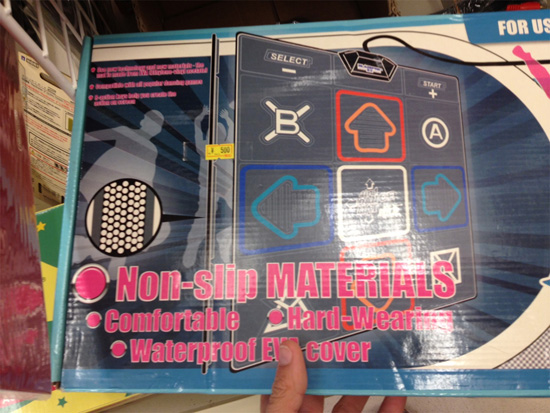 Whoa, hold the phone. A dance pad that is superior to Konami’s vinyl piece of claptrap? Something that actually comes closer to simulating the true Dance Dance Revolution arcade experience with solid-yet-foldable foam rubber? Yes, I admit to you, dear reader, I still play Dance Dance Revolution, cheesy eurobeat and all, and I own a couple of the the games for my aging Playstation. This will do nicely as something to break out every now and again when I feel like irritating my unfortunate neighbor. But that’s all right, for even though it is no longer the 90s, there is still time for Dance Dance.

Japanese pop culture spices up Tokyo election
So, Which Lupin the Third Anime Should You Watch Next?