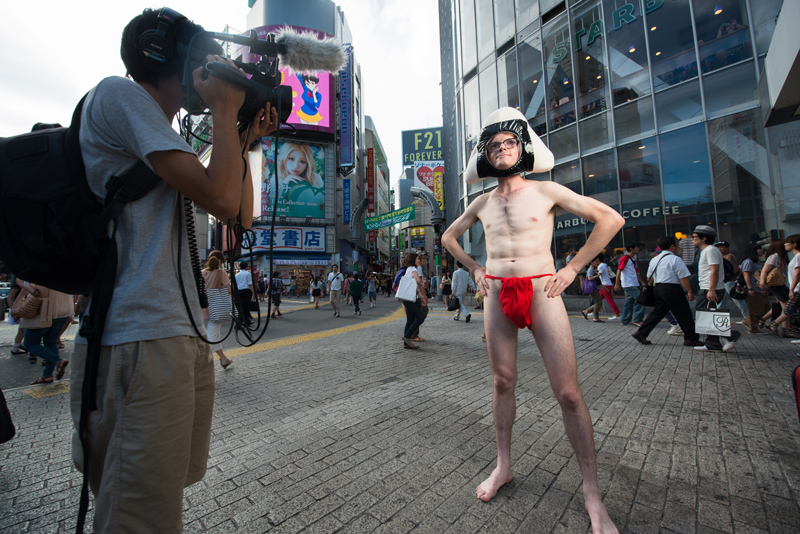 Can a normal person get famous in Japan?

Big in Japan, a documentary released online last month, chronicles one man’s attempt to get famous through any means necessary. As the title suggests, the film’s premise follows the classic assumption that it’s easier for a foreigner to get famous in Japan than it is for them to get famous at home. Whether or not that still rings true turns out to be more complicated than you might expect.

The normal person in question is Dave, a filmmaker from Australia who moves to Japan with two friends, Louis and Lachlan (who serve as the film’s co-directors and crew), to chronicle his attempt at getting famous.

He hits the ground running in Japan, signing up with a foreign talent agent and chasing down roles in TV programs and commercials. If you were hoping for “Make it Suntory time”-tier behind-the-scenes hijinx, you’ll be sorely disappointed. Instead, Dave sits in auditions for NHK dramas and despite some initial success quickly realizes appearing as a token foreigner on TV isn’t going to make you famous.

Dave’s adventures are supplemented by interviews with three foreign celebrities: kickboxer and TV personality Bob Sapp, wrestler and musician Ladybeard, and idol singer Kelsey Parnigoni. All three are remarkably candid, making for some of the best moments in the film, but the balance between Dave’s own efforts and these interviews never feels quite right. When compared to three people who have sacrificed just about everything to get famous in Japan, Dave’s attempts to achieve the same just because his friends challenged him to rings a bit hollow.

Part of the problem is that the film never establishes any sort of real goal beyond a vague objective of celebrity and fame. There’s no time limit, no benchmarks for success, no endgame. With no way to measure Dave’s success (or lack thereof) the end of the movie inevitably fizzles. When Lachlan finally asks, “when do we stop?” it’s hard not to ask yourself the same thing. 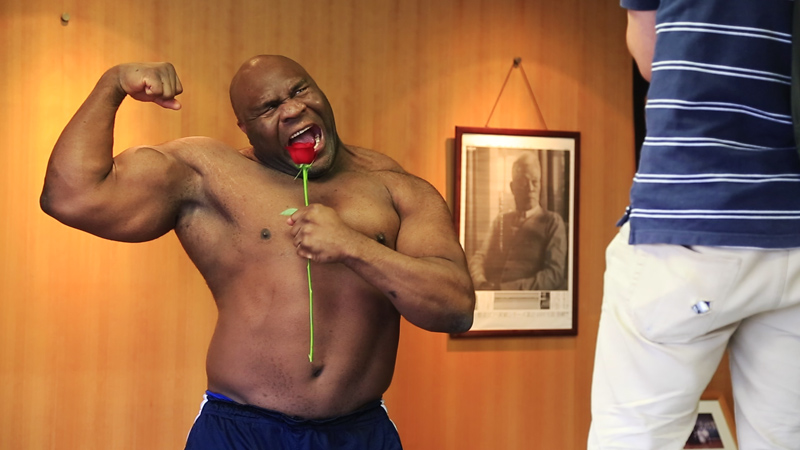 When Dave dresses up as Onigiri Man (wearing nothing but fundoshi and a giant rice ball on his head) and runs around the Shibuya Scramble and Comiket, it feels less like a sincere attempt to get famous and more like that age-old story of foreigners in silly costumes taking advantage of the patience and politeness of Japanese people. It doesn’t feel remotely as offensive as, say, a Logan Paul video or Jackass, but it doesn’t feel particularly clever, either. More importantly, it ignores what made Sapp, Ladybeard, and Parnigoni successful.

In contrast, the success of those three all came in part because they created personas that resonated with Japanese audiences beyond just a superficial ‘foreigner in Japan’ schtick (though it’s hard to argue that their foreignness didn’t help at least a little bit). The key is that Sapp and Ladybeard’s masculine-yet-cute personalities and Parnigoni’s role as an idol don’t hinge entirely on the absurdity of them being a foreigner and instead reflects their willingness to embrace concepts appreciated in Japanese culture that might seem contradictory or strange overseas.

The awkwardness of Onigiri Man aside, Big in Japan shines when Dave interviews Sapp, Ladybeard, and Parnigoni. All three offer up sincere reflections on their own motivations for chasing fame and what it’s cost them — humanizing moments that hint at the dark side of fame without getting outright salacious. 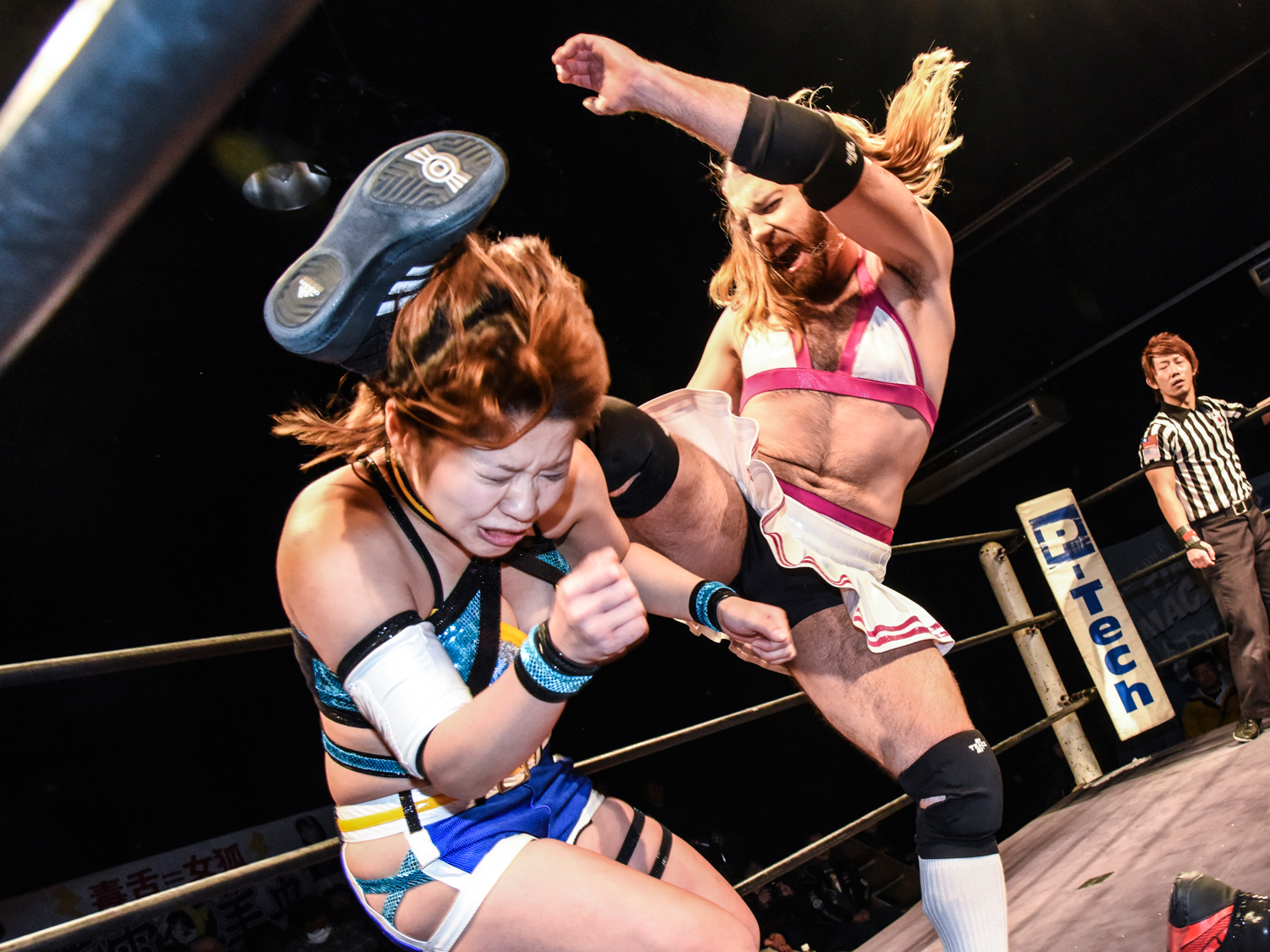 While trailers for the film oversell the wacky travelogue content of Dave’s search for fame, it’s hard not to think that it would have been a more satisfying documentary if it had eschewed those segments entirely. Dave is never unlikeable, but he’s far more personable as an interviewer than as a guy running around in fundoshi photobombing cosplayers at Comiket. Early in the film, his friends describe the appeal of “the Dave-ness of Dave” and it’s easy to see that appeal when he isn’t pulling stunts to increase his followers on social media.

Frustratingly, Big in Japan never reaches any genuine conclusions about fame. At best, it says that you’ve probably got to have more skin in the game than a challenge from your best mates to make it big. Revisit the experiences of the three celebrities interviewed and we at least can get an answer to our initial question: no, you can’t become a celebrity just by being a foreigner in Japan. You’ve got to have something, some sort of persona, that’s going to resonate with Japanese audiences.

If you don’t have that, though? Well, if you’ve got your friends behind the camera at least you can get a documentary out of it. 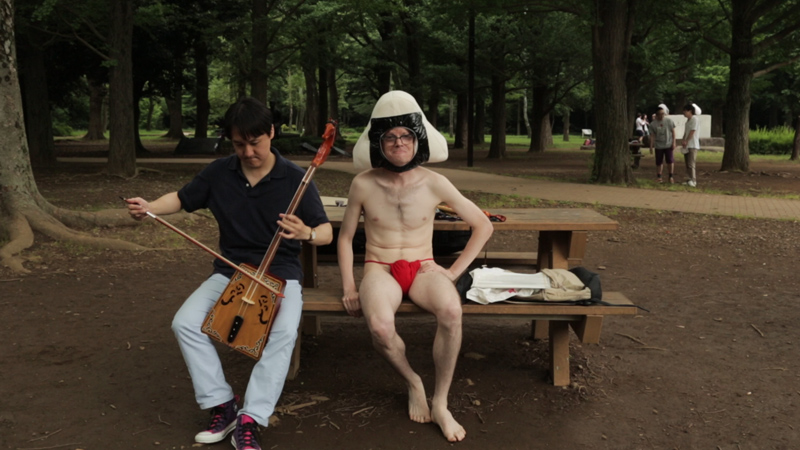 Sean O’Mara is the founder of Zimmerit and a frequent Otaku USA contributor.