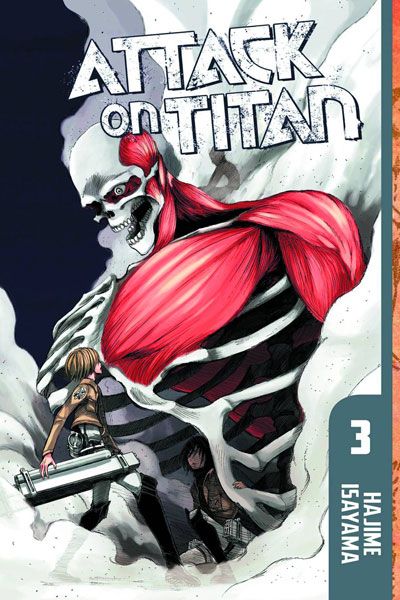 If there’s one thing you can count on where I live is that you can never count on the weather to make sense. Today we were treated to a huge warm and wet rainstorm while surrounding areas are digging themselves out from the more seasonal snow and slush. Are a few flakes and flurries too much to ask for mid December? At least I can always count on manga publishers to go that extra mile before the holidays, and they bring a little storm of their own this week with lots of diversity from six different companies.

If the gorgeous looking trailer for the upcoming anime adaptation of Attack on Titan got you curious, Kodansha Comics’ release of the original manga series is perfectly timed. This week they reach volume three and one of the biggest twists in the story. Eren, the boy whose life revolves around destroying the Titans, nearly loses his life to one before he suddenly awakens without a scratch and is confronted by something even more horrifying.

For a complete change of pace, Kodansha also has the twenty-ninth volume of Wallflower. It’s creeping ever closer to the current volumes in Japan. Wallflower (Vol.29) continues the amusing story about a group of overconfident pretty boys and their economical intent to make over the unladylike Sunako to suit their benefactor’s request. 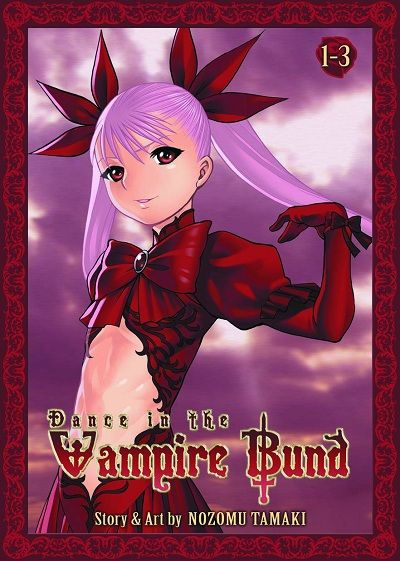 Seven Seas brings back a fan-favorite for a second run opportunity with an omnibus edition of Dance in the Vampire Bund. Volume one contains the first three individual books’ worth of content from this controversial series. Things get a little testy when you’re a vampire trapped eternally in the body of a twelve year old, especially when you choose to dress like… well, check out that pretty painted cover to see more. The plot itself, though, is really interesting, following a young vampire princess and her decision to make public the existence of supernatural creatures after gaining governmental funds to build them an island sanctuary. Suffice to say, many people would rather this secret stayed buried.

Now out in English for the first time, Seven Seas offers eager readers Mayo Chiki! (Vol.01). Those eyes! I’m usually not drawn in by this kind of cover cuteness but there’s something about Niito’s color artwork that makes me curious to look for more. Mayo Chiki! is about a young man named Kinjiro Sakamachi who has a severe fear of women. His personal life gets all the more difficult to cope with when he discovers his school’s big secret: the most popular boy in the school is actually a girl.

SuBLime Manga provides this week’s dose of BL with the second volume of Suzuki Tanaka’s His Favorite. I enjoyed the first volume of this series right from the start thanks to the sharp social and physical contrasts between the two lead characters. The awkward and easily flustered Yoshida is refreshing for being intentionally ‘below average’ in a genre full of sparkly pretty boys and perfectly toned teens. It was fun watching him doted on by the school’s most eligible bachelor. Volume two promises more of the same hilarity with a dash of drama when a dark past creeps up to affect the present. 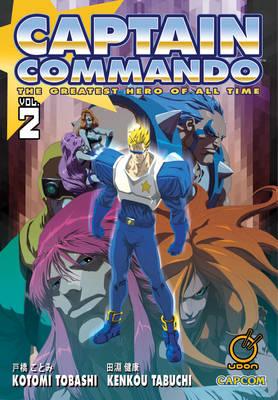 UDON Entertainment brings back that 90s gaming flavor with all the fixings in their second installment of Captain Commando. Based on a video game of the same name, Captain Commando (Vol. 02) resumes the adventures of Captain Commando and his fight against the super-powered criminals of the future alongside his partners – a ninja, a mummy and a robot driving infant.

Viz Media resumes some on-goings of their own with Itsuwaribito (Vol. 07) and Kekkaishi (Vol. 35). While Itsuwaribito‘s story of a liar using his questionable talents for good still has a long ways to go, Kekkaishi is now coming to its end with this week’s volume. Moments like these make time feel like it flies. It’s hard to believe that we’ve been reading Kekkaishi in English for eight years! I’m looking forward to seeing how Yellow Tanabe wraps up everything that’s been happening leading up to this finale, and my fingers are crossed for the well-being of those who’ve spent far too long in peril.

Of all the publishers presenting this week, however, it’s Yen Press who stands the tallest with nine new volumes including some new series, a one-shot and a hefty sized finale.

Yen Press follows-up their gorgeous release of Alice in the Country of Hearts with a simpler but still charming edition of one of its spin-offs: My Fanatic Rabbit. This take on the story focuses on the March Hare – Elliot March – a kindhearted hit man for the mafia who also serves as the Hatter’s right hand in Wonderland. Even if you don’t care for the particular characters these spin-offs follow, it’s really neat reading them all and seeing how differently things can play out depending on Alice’s heart. Seven Seas has already released a couple spin-offs while this is Yen Press’ first foray into the alternate story lines since they released the original, which has the same author but a different artist. 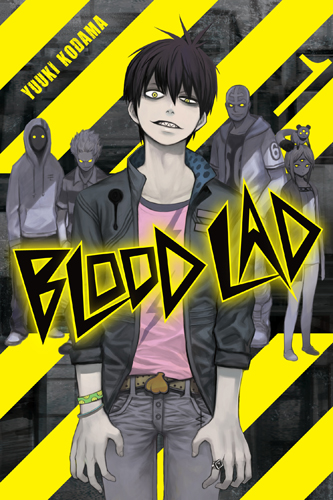 Blood Lad (Vol.01) marks the second new series in Yen Press’ catalogue starting today. They’re releasing the series in 2-in-1 omnibus books meaning each one costs a bit more, but you get what you pay for which is lots of manga! The premise has really piqued my curiosity, too, as it introduces a new vampire to the competitive world of fictional bloodsuckers. The story follows said vampire, Staz, as he lives his life in the demon world but as a fervent fan of human culture – especially Japan’s. When a young Japanese girl is captured and taken to his world, he promises to protect her… and then he fails. Now Staz is determined to help restore the girl’s body and get a bonus trip to the human world while he’s at it.

Also out in omnibus format is Chocolat, though interestingly this series has been singles right up to this final volume. Yen Press opted to combine multiple books in one to give its fans a hefty page count of manhwa drama. It’s over 500 pages thick! It’s also been five years since we last saw a volume, so the extra content is definitely appreciated. Has it really been that long!? It might be a good time for a refresher but I don’t need a revisit to remember how I had fun reading this story of love pentagrams, pop stars and parental conflicts.

If a series commitment, either new or old, isn’t in your cards this week, Yen Press delivers with a one-shot collection of stories by Kaoru Mori. Many readers know her for the period drama, Emma, but Yen Press followers are probably more familiar with her stunning work as the creator of A Bride’s Story. Anything and Something is an assortment of shorts spanning years worth of her career. Because of this the artistic quality of them varies piece by piece, but there are certainly some unique inclusions. While they’re not all gems, I’d call this book a must have for fans of Kaoru Mori to see the less polished side of her comic-making craft which shows a really fun, let-loose side that you don’t often get to see in the polished works we’re used to from her. Yen Press sweetens the deal by releasing Anything and Something in an attractive hardcover book complete with a cover slip and large trim size.