It may not have any sound, but a new promo for the upcoming sci-fi anime Majestic Prince still offers a good look at what to expect from the 2013 series.

The promo was originally streamed at the anime’s official website, but you can watch it in embedded form below. Maybe it’s appropriate that a preview for a show set in space has no sound…

Here’s a previous promo with sound:

Majestic Prince follows humanity after its expansion into space in search of resources. Evolved children like the protagonist, Izuru, attend an academy city known as Gurantseere in an effort to protect humanity with mecha.

The series is being directed by Keitaro Motonaga (Katanagatari, Jormungand), with character designs by Mobile Suit Gundam Seed‘s Hisashi Hirai, scripts from K-On!‘s Reiko Yoshida, and animation production by Dogakobo/Orange. 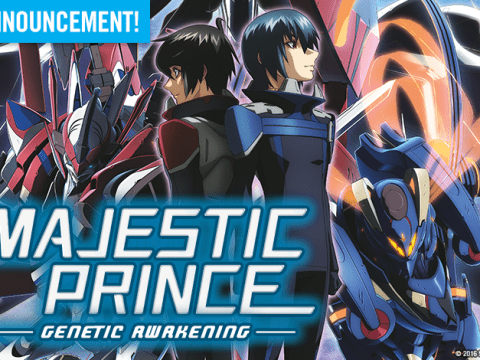