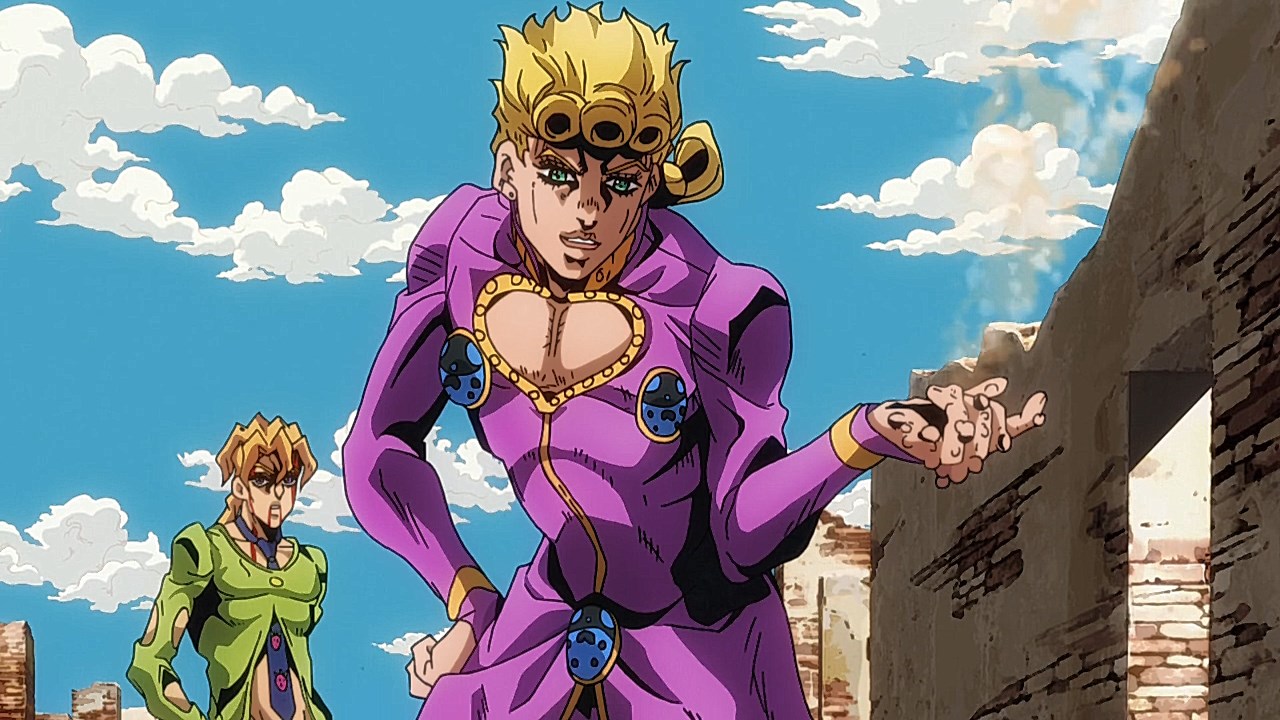 Sometimes I let anime pile up. I just let it sit there in one of my many queues and accrue episode after episode like I’m collecting the digital antiques of the future. Sometimes this is a huge mistake, as always tends to be the case whenever a new saga of JoJo’s Bizarre Adventure is airing. Thankfully, catching up with the latest—David Production’s lovingly-crafted adaptation of JoJo’s Bizarre Adventure: Golden Wind—has been one of the greatest TV-based pleasures of this still-young year.

Golden Wind is the subject of a feature in the new issue of Otaku USA magazine, in which Daryl Surat correctly states the following: “No sane person ever tried to argue that JoJo’s Bizarre Adventure doesn’t live up to its name.” That’s more accurate than ever before thanks to the fifth story arc, which takes the series’ Stand-fighting action and absurd situations and iron-transfers them neatly atop an Italy-based gangster setting. Whatever you think might happen when you mix JoJo’s with rough ‘n tumble gangsters and hitmen, you’re probably still somehow being way too conservative, because Golden Wind is buckwild. 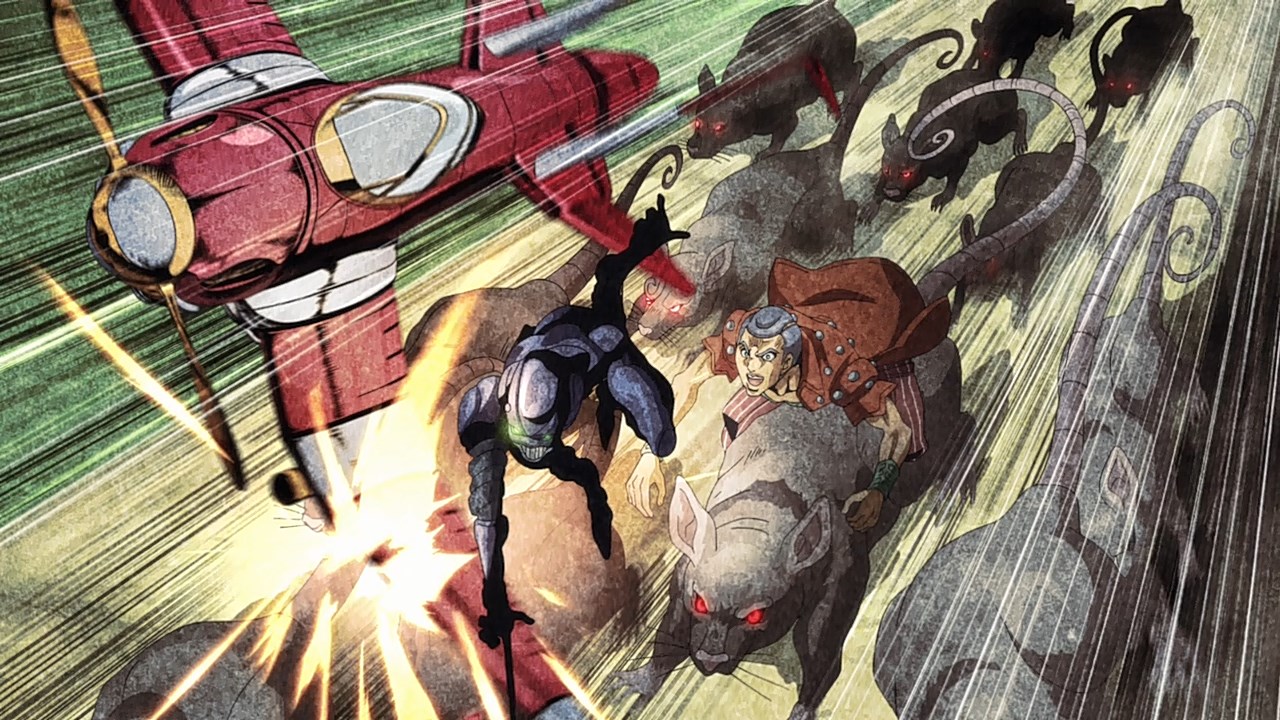 I spent the last few days catching up with the series, which currently sets at 16 episodes of over-the-top spectacle. From the notorious boat dance sequence Daryl touched upon in his article to a battle over a key that takes place within the confines of a mirror world and, ultimately, our current predicament, which has Giorno and the rest of his Passione crew aging rapidly within a turtle that has Stand powers of its own. Anything goes, and half the fun of any JoJo’s series is just sticking around to see what the hell is going to happen next.

This is all thanks to original author Hirohiko Araki, who is the master of convoluted turnabout. Even in the more musclebound Stardust Crusaders, characters rarely get out of situations by simply pummeling their enemies into submission. Sure, that inevitably comes into play at some point, but the charm of this series is watching the gears turn in our heroes’ heads as they attempt to outwit their foes and escape what somehow always manage to be impossible odds. Every. Single. Time. How are they going to get out of this one? Probably by doing the last thing you would ever think of doing in that situation. 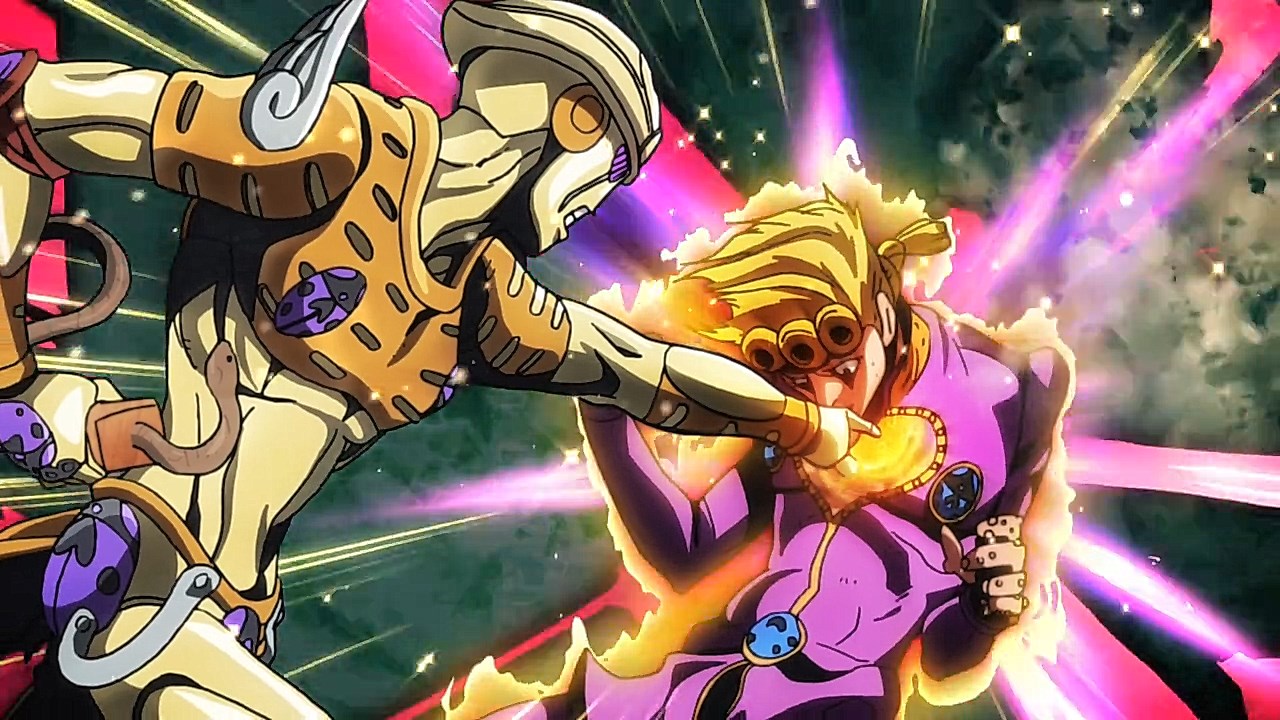 In episode 13, Pannacotta Fugo—wielder of the vicious, poison-tinged Stand known as Purple Haze, AKA Purple Smoke according to the less inspired, lawsuit-dodging English naming convention—says, “Giorno Giovanna… I thought he was some newbie that I just couldn’t figure out, but he comes up with the most insane ideas and pulls them off…”

That’s Araki in a nutshell.

If you haven’t gotten into JoJo’s Bizarre Adventure yet, don’t worry about it! While you’ll definitely get a lot out of watching the storylines in order from the beginning, each season is essentially a new generation of its own. They’re all connected via bloodlines, but you can watch the madness of Golden Wind unfold for yourself without earning a degree in Bizarre Studies beforehand. No matter where you start, unless you read the manga already, I guarantee even the most trusted of crystal balls won’t be able to divine how the series’ future events unfold.

You can read our full JoJo’s Bizarre Adventure: Golden Wind feature in the April 2019 issue of Otaku USA, on store shelves and in our online shop now!

How much heavy dumbbells can you lift? TV Anime Adds More Cast
Resident Evil Live-Action Series is Coming to Netflix