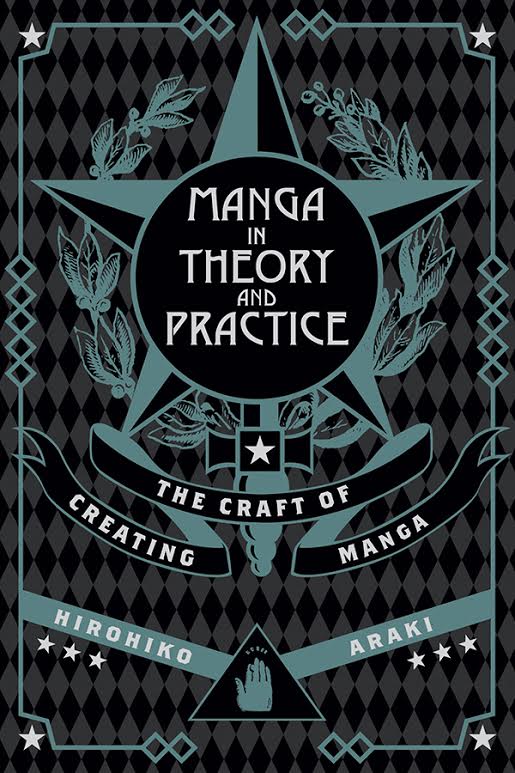 Whether you’re into creating comics or not, there’s nothing quite like getting a chance to pick the brains of the best in the business. That exceedingly rare opportunity is rearing its head in English thanks to none other than JoJo’s Bizarre Adventure creator Hirohiko Araki. Viz Media published his 2015 book—Manga in Theory and Practice, which is part guide and part JoJo’s development biography—and the results are about as in-depth as you could possibly hope.

Manga in Theory and Practice starts off with an explanation of what Araki refers to as the “golden way” down the “royal road” of creating manga. Specifically, these are the tools he believes are essential to making an undeniable hit, including key components like characters, setting, story, and theme. While some elements may exist without the others, there’s a special harmony that occurs when all four blend together perfectly.

Araki touts these characteristics because he’s seen it work countless times, from the manga he grew up admiring to JoJo’s Bizarre Adventure itself. For those who are interested in the creative process—and especially those who are making comics or would like to start making comics—the insight is absolutely fascinating. Even if you don’t agree with all of Araki’s methods, many of the fundamentals he espouses are undeniable backbones to successful storytelling. Try not to get too caught up in this being the “right” way to do it and enjoy learning about Araki’s way.

JoJo‘s fans will also get a kick out of the book. Araki discusses some of his early editor meetings—from the one-shot that sent him further down the path of professional mangaka to feedback he received about the first JoJo’s Bizarre Adventure arc, Phantom Blood. He talks about the best practices for designing characters, the difference between strong and weak protagonists, and how to get editors and readers alike to look beyond the opening page of your manga… or to even bother looking at it in the first place!

Just in case it isn’t clear at this point, Manga in Theory and Practice is not a manga itself. Yes, there are a handful of sample pages from JoJo’s and Araki’s earlier work, but it’s mostly a text-only guide divided into bite-sized sections that make it easy to blow through in a day or two. The samples included all serve the purpose of further elucidating the overarching concepts, like the importance of the first panel, the many ways you can convey ideas through small visual details, and the endless benefits of thorough research.

As Araki says in the introduction, a book like this has universal applications beyond the creation of manga. From writing stories to understanding and analyzing existing narratives and the daily drama of life, there’s something in here for pretty much everyone. This is far from the only way to make comics—especially if you have no plans of being a serialized shonen superstar—but it’s worth taking some time to fill out your own map of the royal road.