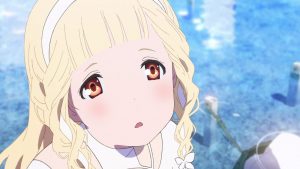 The Iorph are a unique people who live far away from humanity in their own idyllic space. With hair so blonde it’s practically platinum and lives that span hundreds of years, they have come to be known as The Clan of the Separated. The Iorph spend their time using looms to weave the happenings of each day into a fabric called Hibiol. They’re well-versed in saying goodbye to people, highlighting one of the oft-overlooked disadvantages of an extremely long life: Loneliness. This is their fate, and it carries over to Maquia, an orphaned Iorph whose life takes an unexpected turn in writer Mari Okada’s stunning directorial debut, Maquia: When the Promised Flower Blooms.

That sharp turn comes about when the Mezart army invades the tranquil land of the Iorph people. They swoop in on massive dragons and wreak havoc, frantically searching for the secret to immortality. Instead they come away with a consolation prize, a young and beautiful Iorph named Leilia. Maquia manages to escape on her own, but now she finds herself thrust into an unfamiliar world. She ends up stumbling upon an orphaned infant, who she decides to take to raise as her child in human society. 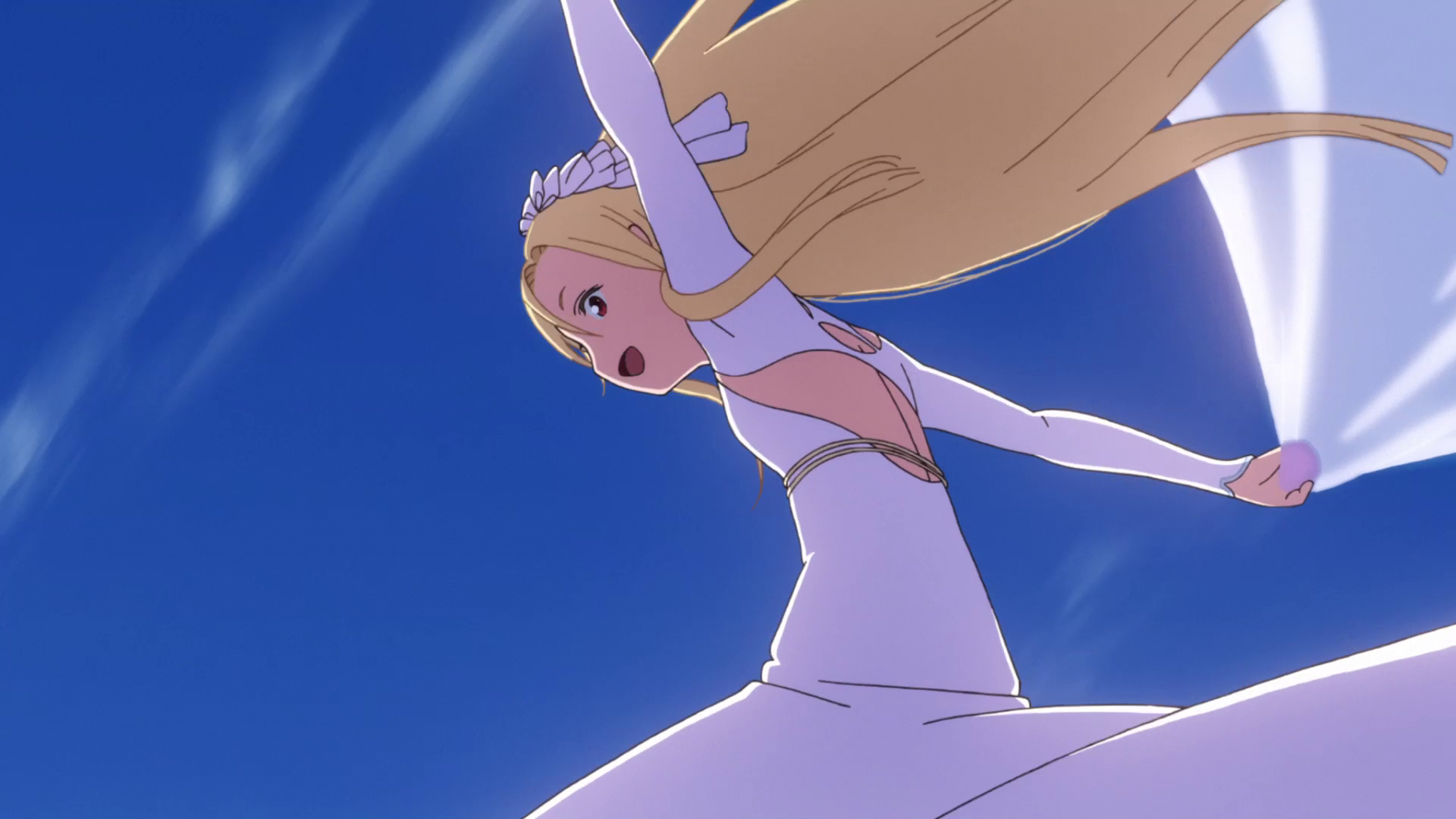 Getting along in our world doesn’t come naturally to Maquia. She has to put her loom skills to work to get by, but thankfully she finds people she can trust along the way. This gives her the opportunity to attempt to live a normal life in disguise while she raises the boy, who she named Erial. Thus, the crux of Maquia: When the Promised Flower Blooms becomes about their relationship over the years, as Erial grows at a normal human rate and Maquia continues to look like a girl in her early teens.

Their relationship creates interesting rifts, showcasing the different perspectives Iorphs have when compared to your average human. Can Erial really consider Maquia his mother? Can Maquia ever live a routine existence, especially in the presence of opportunities to help her people and potentially return to the land from whence she came? The pain is as palpable as all of the lingering threads of hope strung along from beginning to end. As a result of the unique makeup of the Iorph people, Okada plays around with time a lot in the structure of Maquia. It’s not that the story is told out of order or in any particularly quirky way; time just casually passes. Years elapse in the blink of an eye and with no indication other than sudden age increases and changes in normal humans, giving the audience a fleeting feeling of what life may be like as an Iorph. 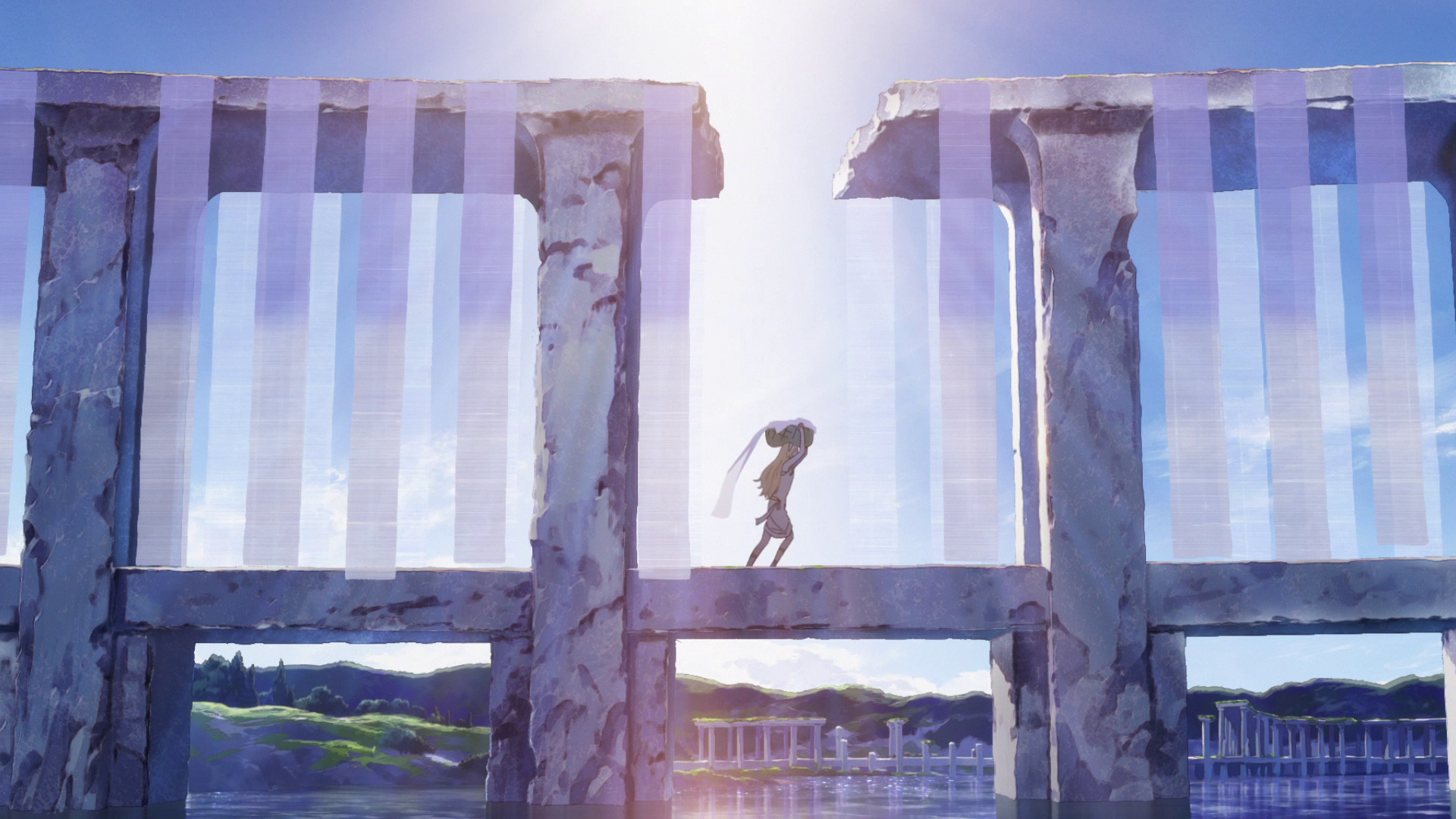 If Okada’s melancholy storytelling is the main highlight of Maquia, the production by anime studio P.A. Works (Shirobako, Sakura Quest) is a dangerously close second. Maquia is one of the most stunning animated features I’ve seen in a while, and it definitely deserves to be seen on the big screen. The Iorphs are practically ethereal in their design, and their pristine land is a far cry from the rough, lived-in cities of the human world. Even in the more grounded locales, though, the art design by Tomoaki Okada (Dirty Pair, Wolf’s Rain) really stands tall. Throw in a sweeping score by Kenji Kawai (Ghost in the Shell, Eden of the East) and you have an anime film that knows all the right heartstrings to pull.

Mari Okada has proven herself as a particularly powerful writer over the years. If Maquia: When the Promised Flower Blooms is any indication of her potential as a director, I can’t wait to see what she does next. It’s always nice to see an original story make its way to theaters, especially when it’s done this well.

Maquia: When the Promised Flower Blooms opened in the United States and Canada on July 20.  If you missed those showings, the English-dubbed version is about to open on September 21.