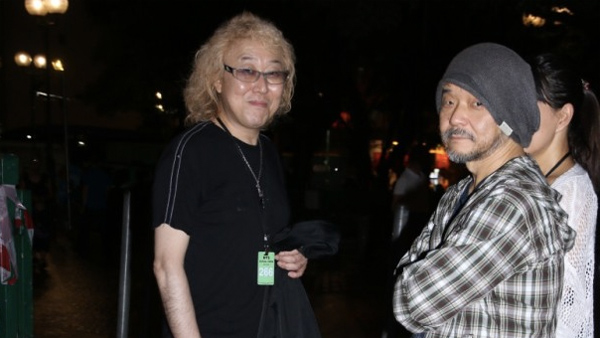 With lots of Ghost in the Shell fans upset that a live-action version is even being created, let alone starring a non-Asian as main character Motoko Kusanagi, two guys who appear to be down with the project – at least enough to go visit the set – include original Ghost in the Shell director Mamoru Oshii and composer Kenji Kawai.

New photos posted on a Hong Kong-based entertainment site purport to show the two anime legends hanging out on the set of the 2017 Rupert Sanders film. 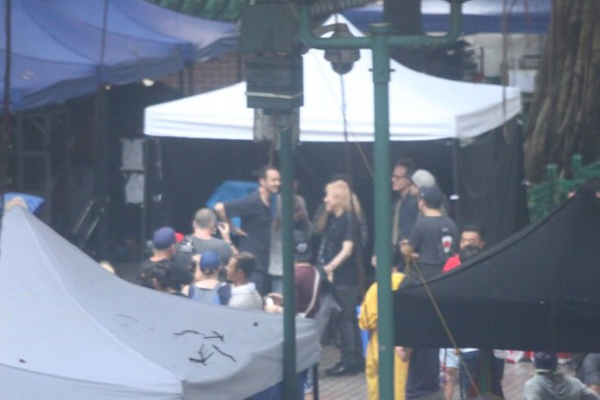 Now, we shouldn’t take this news as an endorsement of the live-action version by either man – as far as we can tell, the normally opinionated Oshii has been pretty quiet about the whole thing – but it does signal the men aren’t wholly opposed to the idea.

That is, if these photos are the real deal. The best evidence is the above photo that looks like Kawai, but it’s entirely possible this is a ploy for clicks by the source site, so definitely do the thing with the salt and the grain.

But if Oshii and Kawai did go, it makes sense they went together – they’ve been practically joined at the hip since the mid-80s, with Kawai having composed the music for the large majority of Oshii’s projects, including both Ghost in the Shell films.

Fun Ghost in the Shell trivia: photographer Haruhito Higami was assigned by Oshii to go photograph Hong Kong during the making of the original film, and the dreamy, otherwordly look of the film’s backgrounds were inspired by the photographer’s lens getting fogged up by the city’s intense humidity.