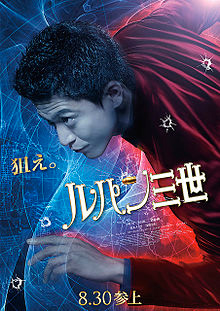 Someone take all these franchises away from Ryuhei Kitamura. He doesn’t need ’em.

Kitamura, the director of Lupin III, blasted onto the Japanese movie scene with the low-budget zombie martial arts epic Versus. Shot on a budget of what probably amounted to “enough money to buy film and get to the nearest forest,” Versus was a manic howl of cinematic joy.

Since then, Kitamura’s been given access to increasingly large budgets and the keys to some of Japan’s most iconic franchises, like Godzilla’s big 2004 farewell, Godzilla: Final Wars. But with big movie money comes big money rules, and Kitamura’s unique voice, so clear in Versus, felt trapped under the weight of the big G.

Likewise, there’s probably an entertaining, exciting Ryuhei Kitamura movie buried somewhere deep within the bowels of Lupin III. But to see it, you really need to squint, because it’s hidden by a cookie-cutter, movie-by-committee 2+ hour yawner that fails as both as a Kitamura piece and, crucially, a satisfying live-action Lupin the 3rd film.

Why doesn’t this film feel the least bit Lupiny? I don’t think it’s a casting problem. Shun Oguri does a fine Yasuo Yamada impression, matching Lupin’s vocal ticks and long, lanky strides, Meisa Kuroki comes as close to Fujiko as any real human female can, I suppose, and Tadanobu Asano is brilliantly cast as the bumbling Zenigata. 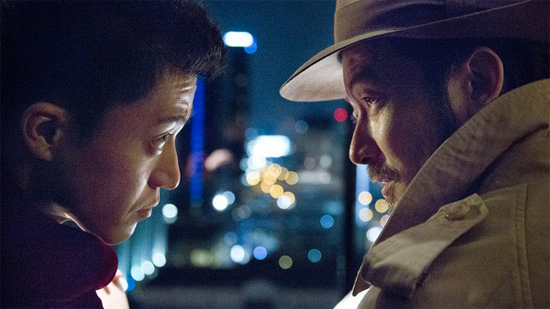 No, the real problem comes from a bizarre attempt to shoehorn these larger-than-life comic characters into a by-the-books heist film. The first sign of trouble comes early in the film, when our heroes assemble and are introduced – there’s Lupin, of course, plus Jigen, Fujiko, and… Michael (Jerry Yan).

Yes, the unnecessary addition to an already packed cast of characters is a character so bland his name is Michael. I have known many Michaels in my day, all fine men, but I think even they would admit they don’t belong in a cast of iconic Japanese super-thieves.

What’s even stranger is these superfluous new characters – who also include computer genius Pierre and additional computer genius Joseph, because one wasn’t enough – are costumed in off-the-rack normal people clothes. In a live action adaptation like, say, Rurouni Kenshin, the audience can suspend their disbelief pretty quickly because everyone’s dressed equally ridiculously – in Lupin, when Shun Oguri in his red jacket and yellow tie stands next to Michael in his T-shirt and jeans, he looks like a cosplayer standing next to a businessman who’s foolishly chosen to stay at a hotel on anime convention weekend.

And the damage is more than skin deep. The film’s extra characters become the main source of conflict in the film. Lupin‘s always been about the tension between Lupin, Jigen and especially Fujiko – they’re too mercenary to be true friends, constantly playing off each other to get the gold. But none of that inherent group tension is used in the film – instead, the conflict is externalized to characters we don’t care about.

It’s not as if those involved couldn’t figure out how to replicate the spirit of Lupin in live action form – it’s more like they never even tried. 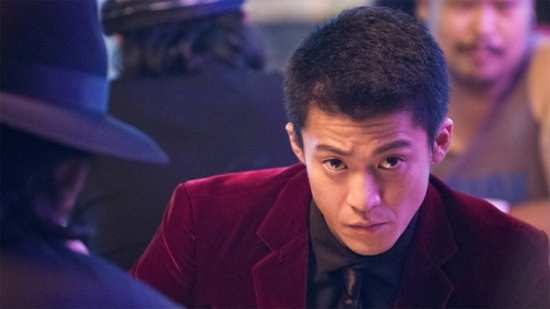 The set pieces, key to any interesting heist film, are taken straight from the Heist Movie 101 playbook and will surprise no one with even the slightest experience with the genre (you can probably guess most of them from watching the trailer). The music, including a track by Tomoyasu Hotei, is so unmemorable it’d have original Lupin composer Yuji Ohno rolling in his grave – if he were dead. The fact he’s alive and kicking and wasn’t invited to be involved in this film adds insult to injury.

Ryuhei Kitamura is a talented director, and one hopes he hasn’t fallen too far into the system to drag himself out and do films that don’t feel like they’re made by committee. And as for future Lupin III live action films, the disgruntled viewer I overheard coming out the theater ahead of me said it best: “I guess anime should just be anime.”

Don’t miss our review of this year’s Lupin III animated film: Daisuke Jigen’s Gravestone and check this tag page for even more Lupin articles. For more on director Ryuhei Kitamura, read our feature interview with him from way back in 2007.