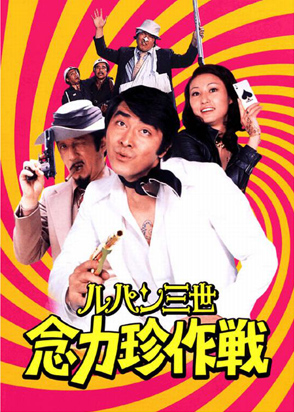 Mystery of Mamo, aka Lupin vs. The Clone? A lenient quizmaster might give you points for this answer. It is, after all, the first animated Lupin film.

But the true Lupin geeks among you will have known that the true answer is 1974’s Strange Psychokinetic Energy, a very 70s live-action romp starring Yuki Meguro (Shogun) as a bell-bottomed Lupin.

This time around, the reins will be taken by Ryuhei Kitamura, best known as the director of the over-the-top zombie splatterfest Versus and the equally over-the-top Godzilla: Final Wars. 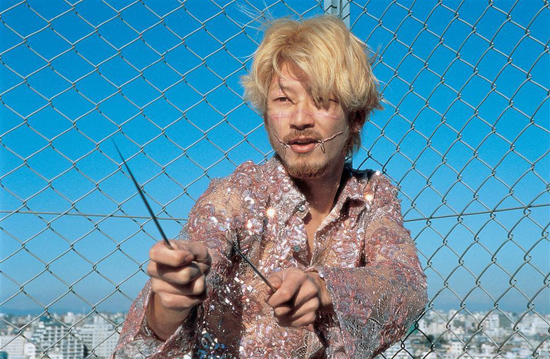 But the most exciting bit of casting news is definitely that Zenigata will be played by none other than Tadanobu Asano, the majorly talented star of Japanese cult classics like Ichi the Killer as well as recent Hollywood films like Thor and 47 Ronin.

For years rumors had circled ‘round these here ‘nets that Hollywood would do its own adaptation of Lupin, with Jim Carrey mentioned as a possible choice for the titular character. For the time being, though, it seems Lupin will remain in Japanese hands.

Live-action manga and anime adaptations usually have us rolling our eyes, but this an above-average cast and crew, to say the least. Seeing Asano’s take on Zenigata will be worth the price of admission alone.

Update: 9/8/14: It’s out and we saw it! Click here for our review of the new Lupin III live-action film.

View all posts by Matt Schley
Parasyte to Get Anime, Live-Action Adaptations
The Tale of Princess Kaguya Review