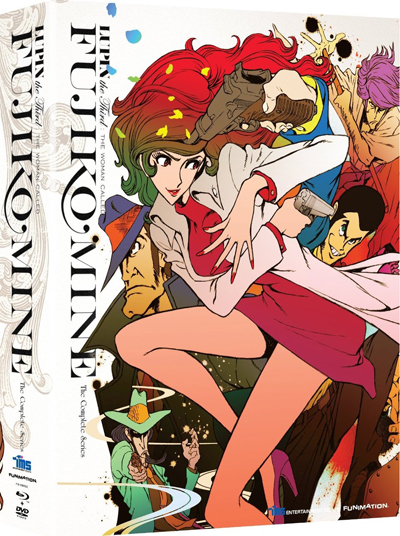 I recently sat down for dinner with a fellow Lupin III fan to watch blu-ray discs of the newest series, The Woman Called Fujiko Mine. We’re both fans of the films and TV shows showcasing the comedic adventures of this infamous group of burglars. As we chowed down on toasted ravioli and Fitz’s root beer, though, my lovely host warned me, “I have to tell you… this isn’t like any Lupin series we seen before. Some folks really don’t like it.”

When the opening sequence kicked in I immediately saw how different as we got a rather revealing look at Fujiko Mine, Lupin’s on-and-off rival thief and love interest. Proclaiming, “Cease what you are doing and gaze at me,” she gives a full monologue of her philosophy on thieving and her techniques of doing so… entirely in her birthday suit, with classical themes in the background. So theoretically, this is a Lupin series focusing on the group’s origins, but very much Fujiko’s show.

Just to remind us of Lupin’s presence, we open with him trying to steal a treasure of a middle-Eastern royal who’s about to get married. Unfortunately, the royal is about to marry Fujiko, who has come to steal the same treasure as Lupin. This results in the pair’s first ever collaboration, as the royal attempts to execute both thieves. However, this being an origin story, you probably know they make it out, with Lupin pining for Fujiko desperately. 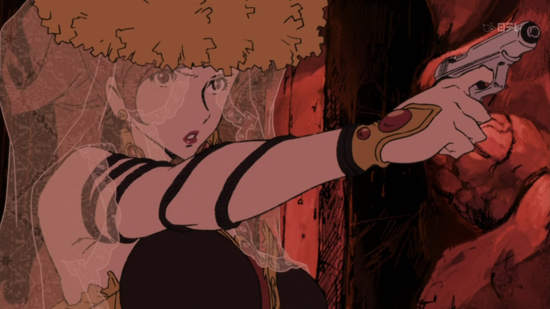 Each of Fujiko’s encounters with the rest of the gang get progressively more and more involved. Along the way we learn an interesting origin story for super shooter Jigen Daisuke, and see how Goemon The Samurai actually fell in love with the lovely thief. The element that probably got to longtime fans the most, though, is the show’s depiction of Inspector Zenigata, which is very different from any we’ve seen before. 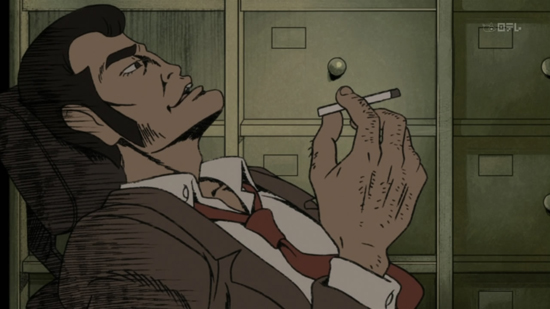 That organization becomes an overreaching arc that gets spread through several episodes, the most compelling of which are the ones depicting Fujiko’s rather sobering origin. The show peels back a lot of personality layers to show shocking and harrowing scenes explaining how she’s become the elusive minx shown in most films. There’s one episode involving a caper at a girls’ school exemplifying this element the most.

The origin arc is interwoven with how the Lupin Guys themselves get together (which actually doesn’t happen for several episodes) as well as some other fun capers, such as Fujiko’s involvement with Fidel Castro. The thieving and puzzle solving stories are fun but the aesthetics of the show and the various dark episodes mute the zaniness for a more grounded, serious anime akin to Lupin films like Dead Or Alive or Walther P-38 (AKA Island of Assassins). The 60s/70s jazz stylings of Naruyoshi Kikuchi create a laid-back vibe similar to Cowboy Bebop to help make some of the serious elements more palatable. 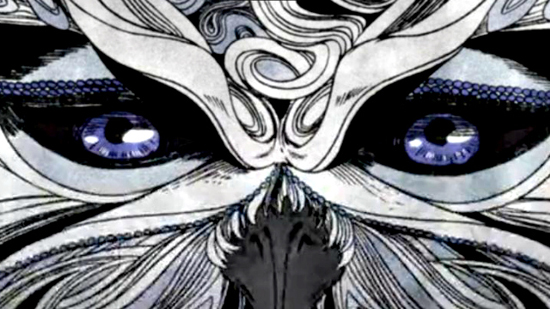 In addition, the animation style has minimal movements in a lot of scenes, but switches to full motion techniques in others. There are heavy amounts of sketch lines throughout, but they bring style to the pictures rather than detail. The combination of techniques here give the show more of a feel of a moving manga or motion comic than a straight up anime much of the time, which is a bit ironic considering some of the 70s Lupin anime such as The Castle of Cagliostro and Mystery of Mamo movies look more active than this series.

It’s a very ambitious anime that director Sayo Yamamoto brings to us here. It’s largely successful despite the different interpretation shown here as opposed to many of the previous anime. It’s even more interesting considering she’s the only woman to do a Lupin project in over 30 years of active production and this departure is the result. The only issue here is the script by the writing team, which brings Fujiko’s origin to a rather abrupt ending considering all the setup we’re given. We know enough but the pacing for that aspect could’ve been better, or maybe just settled in a couple shorter episodes. The style of the stories feels more adult than most of the movies / TV specials, but I’m betting it’s closer to the feel of the original manga. 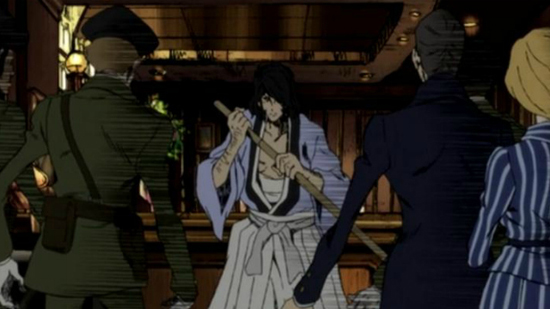 As to FUNimation’s handling of the show, it’s pretty good. The visual quality of the blu ray set is bright and clear with vibrant colors. There weren’t any distortions here. The extras were also pretty good. While it’d have been nice to hear from Ms. Yamamoto on this set, it’s still interesting to ear from the English voice cast and to gain some intriguing insights. Michelle Ruff, who carries the show excellently by voicing Fujiko with confidence, sensuality and wit, is a joy to learn from as she and fellow cast members Sonny Strait (Lupin), Chris Sabat (Jigen), Mike McFarland (Goemon) and Richard Epcar (Zenigata) had all performed in previous Lupin dubs for various studios. (Epcar in fact had performed as three of the Lupin Gang on other productions, and jokingly hoped to do both Lupin and Fujiko someday.) The entire cast does admirably, though Strait sounds a bit deeper than most Lupin dubs tend to be. Seeing this group together though on the mini-documentary was a lot of fun, much like an episode of Inside The Actors’ Studio. The other extras such as textless openings and closings and promos were nice to see, as well. 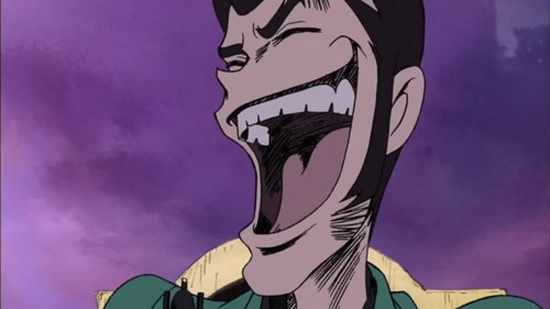 All in all, The Woman Called Fujiko Mine is a really good series, if a bit unusual or controversial. Here’s hoping Ms. Yamomoto is given the chance to helm more Lupin III projects to (hopefully) be imported stateside in the future.