The Tale of Princess Kaguya Review 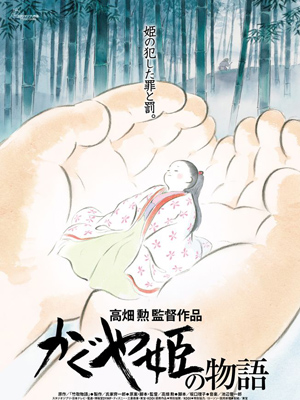 A simple bamboo cutter goes about his work in the forest when he suddenly comes across a miniature princess growing from a flower. When he takes the princess home to his wife, she transforms into a human baby before their eyes. The childless couple, believing the gods have sent them a child, decide to raise the baby as their own.

That’s the start of a 10th century folktale familiar to most Japanese called The Tale of the Bamboo Cutter, aka Princess Kaguya. It’s a story that’s long held the interest of Studio Ghibli co-founder and director Isao Takahata, whose long-gestating animated version of the folktale has just hit screens in Japan.

If Hayao Miyazaki has truly retired from filmmaking and the 78-year-old Takahata has no plans for a future movie, 2013 will have marked the year when both Ghibli co-founders released their final films. And if that turns out to be the case, Takahata, like Miyazaki, will have gone out on an extremely high note.

Takahata has always had more interest in telling Japanese stories than his European-minded counterpart Miyazaki, and Princess Kaguya is perhaps his most traditionally Japanese yet. The Tale of the Bamboo Cutter is considered the oldest extant work of Japanese literature, and Takahata has made no significant changes to the narrative. It feels as if his goal was no to interpret or modernize the story, but to deliver a pure, animated version of the tale. 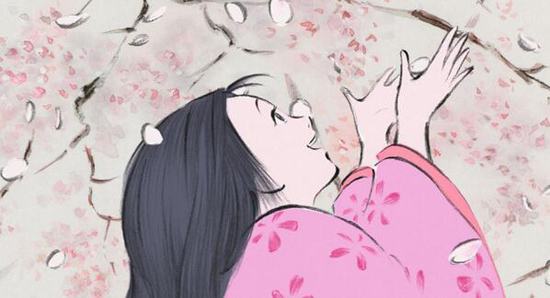 To that end, Princess Kaguya looks almost like a moving watercolor painting.

Like Takahata’s last feature, My Neighbors the Yamadas, Princess Kaguya doesn’t look much like a “standard” Ghibli film. Its characters are a bit squatter and shorter, looking like a combination of anime designs and portraits from traditional Japanese woodblock prints.

The backgrounds in the film are striking both for their beauty and their minimalism. A less confident director wouldn’t dare leave so much “blank” space, but Takahata embraces negative space as a way to highlight the important parts of the frame.

The animation itself is, as we’ve come to expect from Ghibli, first-rate. And there are moments that are truly sublime. The scene shown in a trailer for the film, where Kaguya rushes out of her castle and into the woods, is, for my money, more stunning than any shot in The Wind Rises. 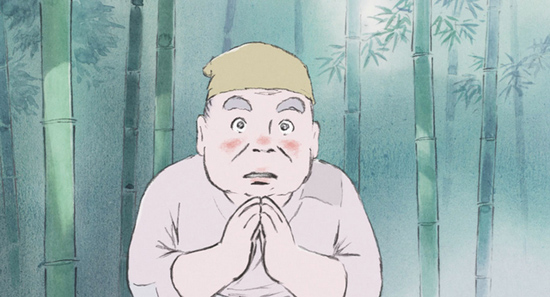 But there are many beautiful moments of stillness, too. When the humble bamboo cutter finds gold in the forest, he tears Kaguya from her carefree, simple life in the forest and installs her as a true princess in a vast, but lonely, castle. Kaguya, who is more interested in nature than ceremony, suffers under the weight of aristocracy. These scenes are infused with a beautiful melancholy, brought to life both by the nuanced character designs and music by Joe Hisashi, longtime Miyazaki collaborator who provides music for a Takahata film for the first time.

A mark of Ghibli films, from both Miyazaki and Takahata, has always been strong, three-dimensional female characters, and Kaguya is no exception. Rejecting wealthy princes who have come to seek her hand over the objections of her father, Princess Kaguya shows herself to be a strong-willed woman. So it’s especially appropriate that the end of this particular chapter of Studio Ghibli history is capped with an exceptional film celebrating Japan’s original strong female character.