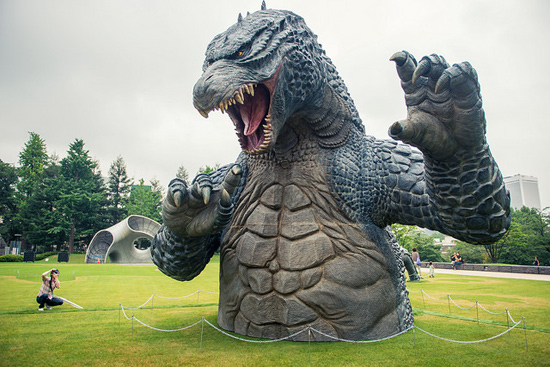 Godzilla hasn’t done a whole lot of stomping Tokyo recently. The last time was about ten years ago in 2004’s Godzilla: Final Wars, after which Toho sent him into hibernation until the release of this year’s Hollywood Godzilla film.

Well, to celebrate the release of that film in Japan (why exactly it took two extra months to release a Godzilla film in the country of his origin is beyond me, but whatever), Godzilla has appeared in Tokyo Midtown. Specifically, a 6.6-meter high statue that lights up every evening with fire-breathing effects and that distinctive Godzilla roar.

This is the latest, but definitely not the first statue of Godzilla stomping its way through Tokyo, by the way. There’s a famously puny but somehow endearing one in shopping district Ginza, and a 7-foot version outside Toho Studios in Setagaya. You can also buy a solid gold version for yourself for 1.5 million bucks, if that’s your thing.

I’ll stick with a good old plastic version, I think. 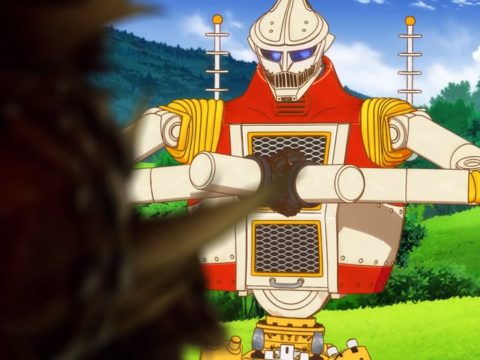