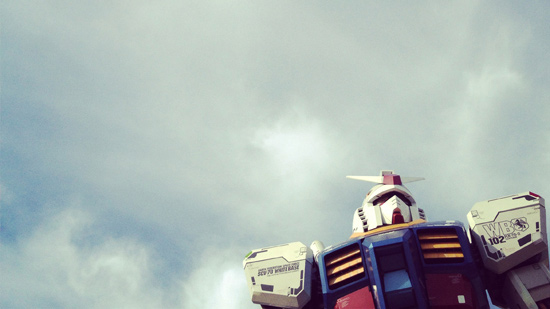 For anime fans, it’s one of Tokyo’s must-sees: the 1:1 scale Gundam statue. Completed in 2009, the real-life RX-78 currently keeps watch over the Gundam Front theme park in Odaiba, Tokyo. It’s an impressive tribute to the continued popularity Gundam has had over the decades, standing the full 60 feet imagined by Gundam creator Yoshiyuki Tomino. But just that: standing.

Gundam producer Sunrise has officially put it out there: they want this puppy to walk. 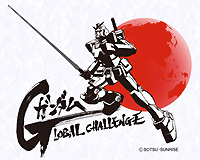 To that end, they’ve established the Gundam Global Challenge. Its purpose: to figure out a way to make the “mobile” in Mobile Suit Gundam a reality. They’re challenging the world’s best minds (or most nerdy minds, in any case) to come up with a way to get the Gundam walking by 2019, the 40th anniversary of the original series.

The roadmap Sunrise has proposed looks something like this: they’ll be screening ideas in various stages for the next two years, honing them down until 2016, when they’ll announce the best plan. Starting from 2017, the real work will begin with the fine design work and finally the actual construction in 2018.

There are a few people Sunrise should probably talk to: Suidobashi Heavy Industry, for one, a Tokyo-based company that built a real-life giant robot, the Kuratas, a couple years ago and released it for the low low price of $1.3 million. To be fair, the Kuratas appears to move on wheels, but it’s a good start.

They might also want to give Honda a ring: they’re the makers of ASIMO. Full name Advanced Step in Innovative MObility, ASIMO, which first appeared in 1986, can in its latest iteration not only walk but run, jump, hop on one leg and use sign language. Of course, there’s a problem of scale: ASIMO’s not even as tall as the average human, let alone 60 feet, but we’re willing to bet more than Honda engineer has had an idle thought about mobilizing a Gundam.

Who else can submit ideas for this thing? Well, you, for one! Sunrise intends to solicit “ideas from around the world” in the creation of the walking Gundam starting at the end of this month with the first deadline in February 27th. Engineering students, this is your chance.