The Fate/Grand Order series is about to expand even further with a new two-part anime film called Fate/Grand Order – Divine Realm of the Round Table: Camelot. The first part, –Wandering; Agateram-, is scheduled to open in Japan on August 15, and the official website revealed that voice actress and singer Maaya Sakamoto will be performing the theme song.

The first movie’s theme song is titled “Dokuhaku” (“Monologue”), and features lyrics written by Sakamoto herself. Takahito Uchisawa of rock band androp handled composition and arrangement for the song, for which Sakamoto says she “thought carefully about its role as a theme song.” 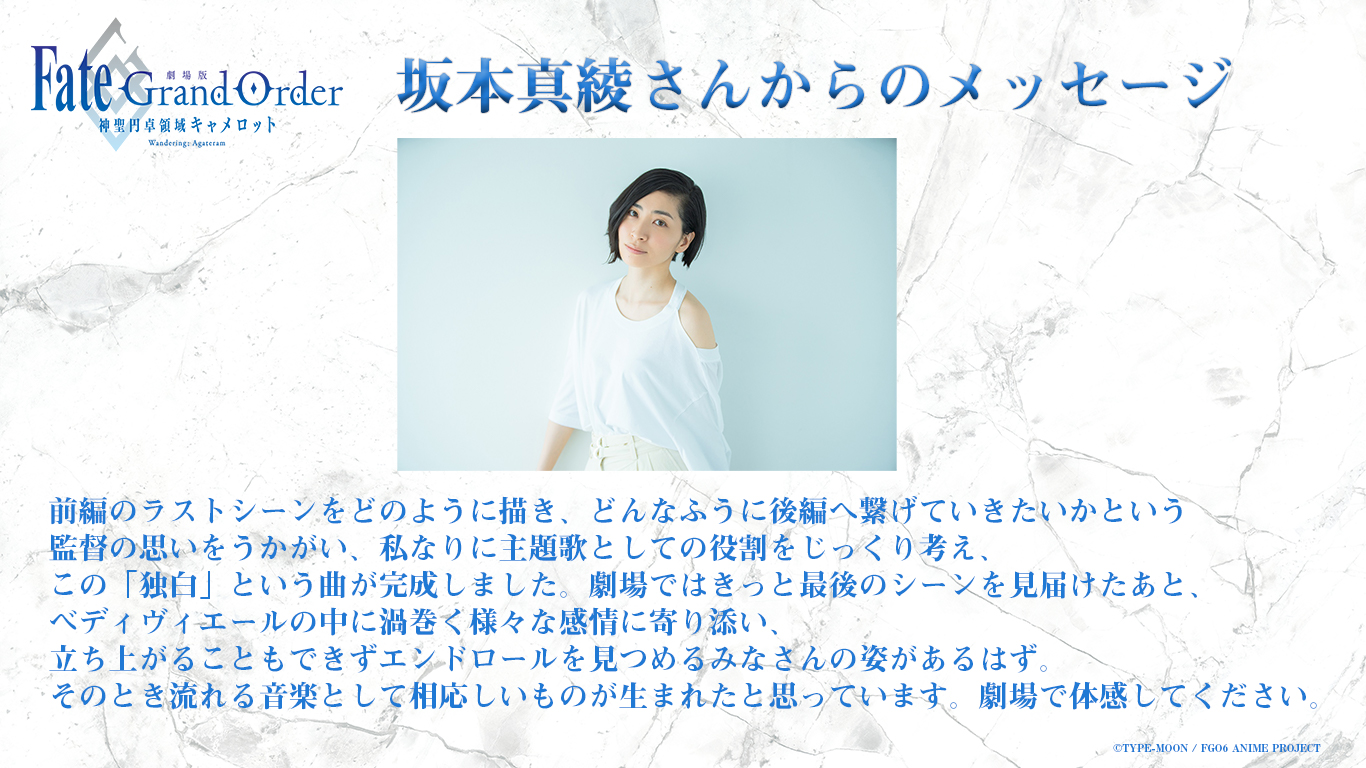