With a new season of anime starting, Crunchyroll has kicked streaming announcements into full gear. Last week saw the announcement of a handful of titles to the simulcast lineup, and even more were added over the weekend and the past couple of days. Some of the latest include Nobunagun; Pupa; Wake Up, Girls! (and the movie, Seven Idols); Z/X Ignition; the second season of Silver Spoon; Love, Chunibyo and Other Delusions! REN; Strange+; Sakura Trick; World Conquest Zvezda Plot; Engaged to the Unidentified; Hozuki no Reitetsu; Magical Warfare; and Witch Craft Works.

Nobunagun—based on the manga by Masato Hisa, is one of the lot that’s already streaming. Get the story and availability details for that and the rest below. 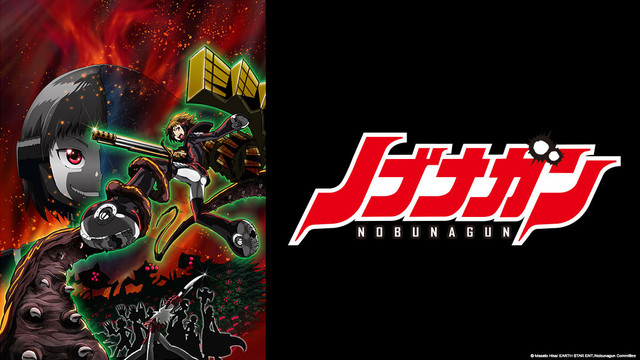 “Shio Ogura, a seemingly normal Japanese high school student, who, while visiting Taiwan on a school trip, is suddenly attacked by monsters. Agents known as “E-Gene Holders” from the government agency DOGOO also arrive, who wield weapons infused with the spirits of historical figures. However in the midst of it all, Shio is revealed to also be an E-Gene Holder when the soul of Oda Nobunaga awakens after she tries to rescue a friend.” 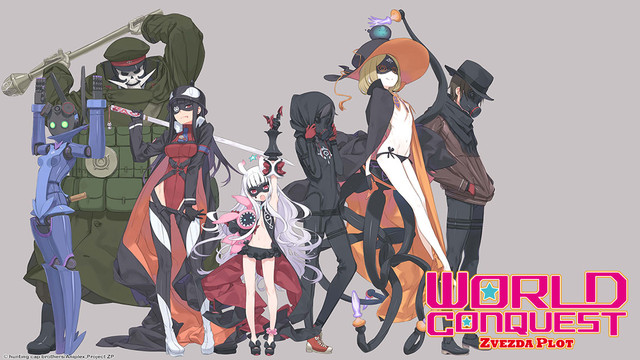 “What does it take to CONQUER THE WORLD?!  Every leader of the past has thought of it… but all they have done was to merely dream of its greatness. World domination…nobody has been able to achieve it. Until one little girl by the name of Kate Hoshimiya came along.  Kate Hoshimiya will shock the world!

How was she was able to carry out such a MAGNIFICENT stunt? So FRIGHTFUL! So GLORIOUS!  Could this be…the ZVEZDA PLOT?!  Let the light of our great ZVEZDA shine upon this land far and wide!” 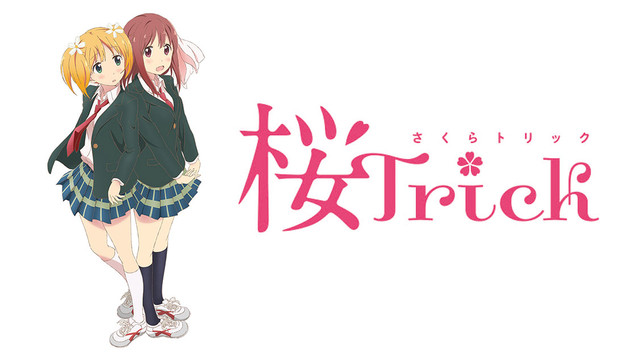 Based on the 4-panel yuri manga written and illustrated by Tachi, Sakura Trick focuses on two girls Haruka Takayama and Yuu Sonoda, who were inseparable during junior high. However, as they entered high school, they end up being seated on opposite sides of the room. Having to spend time with more friends, the two girls decide to do something to make their relationship special.

Sakura Trick will be available to Crunchyroll’s audience in the following territories: USA and Canada.

Love, Chunibyo and Other Delusions! REN
Starts January 8 at 9:30am PT 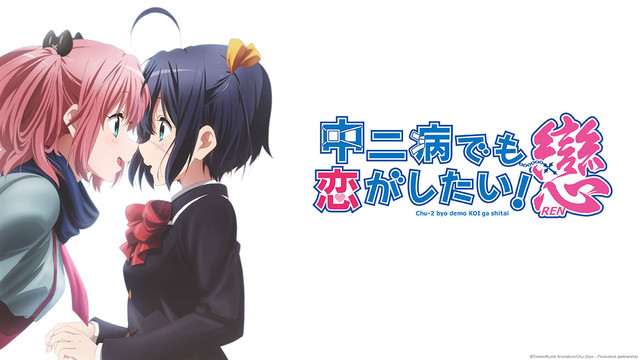 The second season of the hugely popular Love, Chunibyo and Other Delusions! anime, Love, Chunibyo and Other Delusions! RENonce again follows the antics of high school student Yuta Togashi and his delusions-of-grandeur-suffering classmate, Rikka Takanashi. Having once suffered from the same delusions during middle school himself, Yuta wants to make a fresh start in high school where nobody knows about his embarrassing past. However, that plans is thwarted once Rikka learns of his past and becomes interested in him, forcing him to “make a contract” with her.

Love, Chunibyo and Other Delusions! REN will be available to Crunchyroll’s audience in the following territories: USA and Canada. 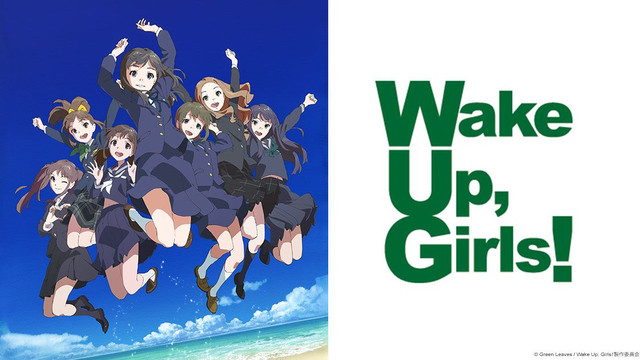 Wake Up, Girls! takes place in the Sendai, Japan’s northeastern Tohoku region. A tiny production company, Green leaves Entertainment, which once managed the careers of talents such as magicians, models, and other entertainers is now on the verge of going out of business when their last talent quits. In an effort to save the company, the president decides to produce an idol group and sends manager Kouhei Matsuda out to scout raw talent, where he has a fateful encounter with a certain girl…

Wake Up, Girls! and Wake Up, Girls! – Seven Idols will be available to Crunchyroll’s Premium members worldwide except Asia, while Free members will be able to watch in the following territories: USA, Canada, Australia, New Zealand, South Africa, Denmark, Finland, Iceland, the Netherlands, Norway, and Sweden. 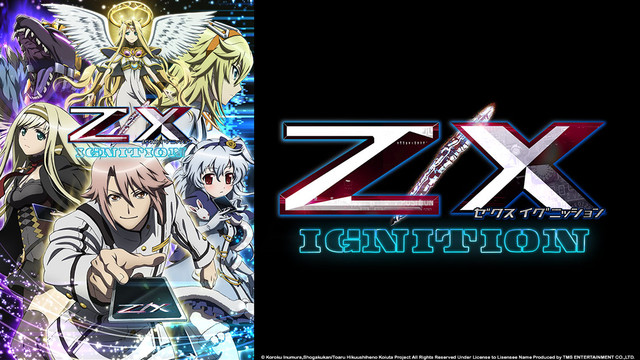 “In the not-so-distant future, five portals suddenly appeared acting as gateways to alternative worlds. However, these five worlds are actually the same world, but in different timelines.  As the situation becomes increasingly dire, the inhabitants of each world will stop at nothing to ensure the survival of their own timeline, even at the expense of the other timelines.  The key to survival lies in one card-shaped device…” 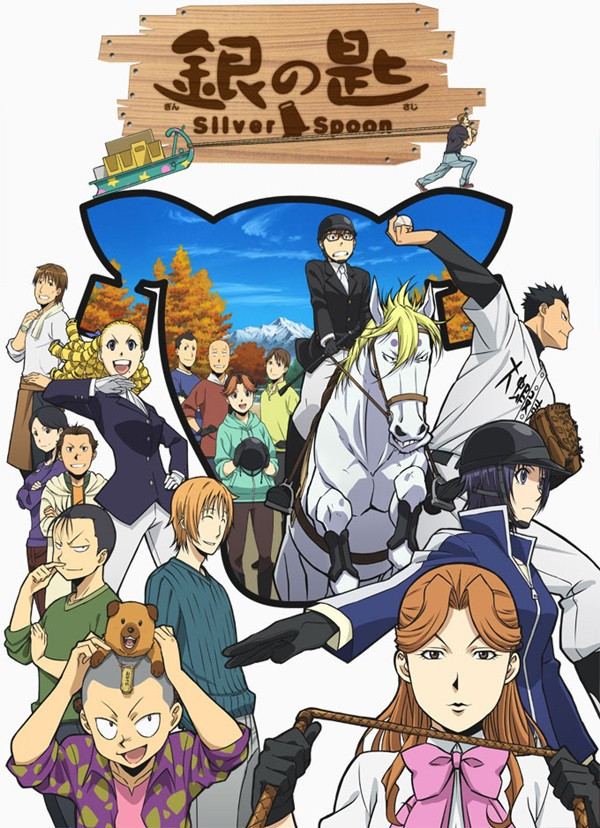 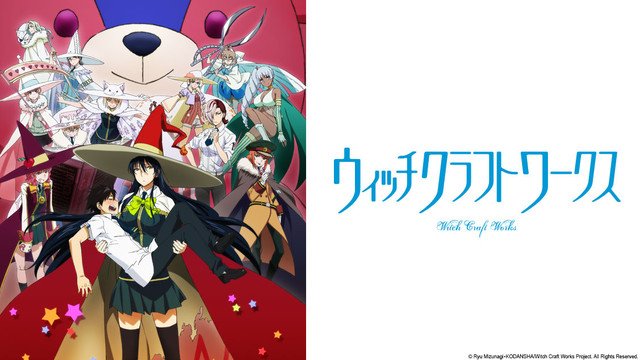 “Takamiya Honoka is just an average student who just so happens to sit next to Kagari Ayaka, the “Princess” of the school, and has never said a word to her.  However, one day when Takamiya’s life is put in danger, Kagari arrives to his rescue dressed as a witch. It is revealed that Kagari is what is known as a Workshop Witch within the city and Takamiya is under her protection and shall henceforth protect him from any danger that ensues…” 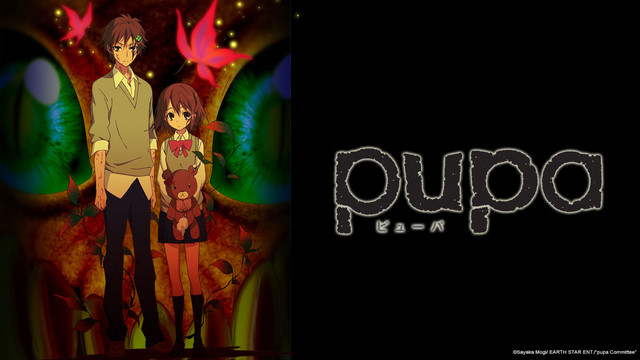 Based on a manga series written and illustrated by Sayaka Mogi, Pupa tells the story of a brother and sister who both become infected by a virus that transforms the sister, Yume, into a flesh eating monster when hungry, and giving the brother, Utsutsu, superhuman healing and regenerative powers. In a relationship where one takes and the other can give, thus begins the story of Utsutsu and Yume Hasegawa…

Originally scheduled to be released last year, Pupa finally makes its debut from Studio DEEN, also known for works like MEGANEBU! and Rurouni Kenshin, with direction by Tomomi Mochizuki. Nobunaga Shimasaki, Satoru Furuya in Ace of the Diamond and Shinnosuke Aikawa in Silver Spoon, plays the protective older brother Utsutsu, and Ibuki Kido, Kasumi Shinomiya in GJ Club and Chinami Oka from Golden Time, stars as the younger sister Yume.

Pupa will be available to Crunchyroll’s audience in the following territories: USA, Canada, and Latin America.

Engaged to the Unidentified
Starts January 9 at 6:45am PT 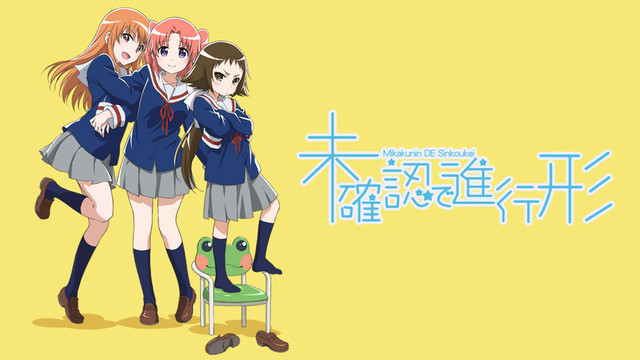 Based on an original comic written by Cherry Arai, Engaged to the Unidentified is a slapstick romantic comedy centering around 16-year old Kobeni Yonomori, who lost her memory of her childhood due to an accident. On her 16th birthday, she is introduced to her fiancé for the first time, Hakuya Mitsumine, who not only saved Kobeni’s life when she was injured in her childhood accident, but may also not be human…

The director of Engaged to the Unidentified is Yoshiyuki Fujiwara, who also directed GJ CLUB. Meanwhile, studio DOGA KOBO, of YuruYuri fame will be handling the animation production. The cast includes Haruka Terui, who other roles include Champa from Fantasista Doll, as the main character Kobeni Yonomori, Eriko Matsui, Isuzu from Log Horizon, as her sister Benio Yonomori, Wataru Hatano, also known as Gajeel Redfox in Fairy Tail, stars as her fiancé Hakuya Mitsumine, and newcomer Yuri Yoshida as his little sister Mashiro Mitsumine.

Engaged to the Unidentified will be available to Crunchyroll’s audience in the following territories: USA and Canada

Hozuki no Reitetsu
Starts January 9 at 11:00am PT 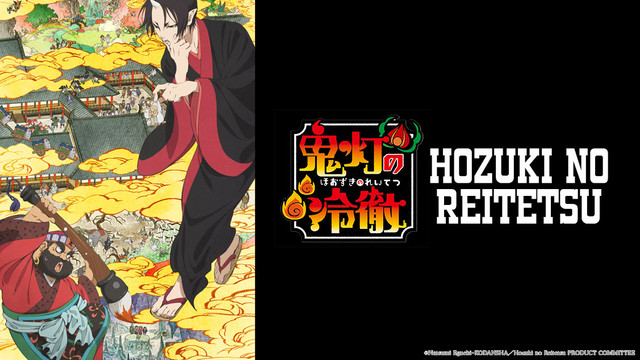 “Hozuki is the aide to the Great King Enma. Calm and super-sadistic, Hozuki tries to resolve the various problems in Hell, including a rampaging Momotaro and his companions. However, he also likes spending his free time on his hobbies, such as fawning over cute animals and raising ‘Goldfish Flowers.’” 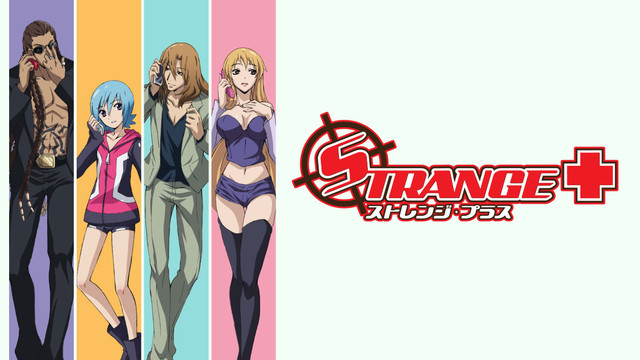 Based on an original manga written and illustrated by Beruno Mikawa, Strange+ is a comedic slice-of-life anime with a dash of mystery thrown in as well, focused on a boy named Kou who’s searching for his brother Takumi. However, once finding him, it appears that Takumi has started his own detective agency and has no intention of going home, and so Kou decides to join his brother in the agency as well.

The cast features veteran voice actor Tomokazu Seki, known for his roles as Archer in Fate/Zero and Rob Lucci in One Piece, as Kou, another well-known voice actor Jun Fukuyama, Shinra Kishitani in Durarara!! and The Hero from Maoyu, as Takumi, Ryotaro Okiayu, also known as Akio Furukawa from Clannad and Scar from the Fullmetal Alchemist series, as Masamune, and Satsuki Yukino, who voiced Miho Amakata from Free! – Iwatobi Swim Club and Kagome Higurashi from Inuyasha, as Miwa.