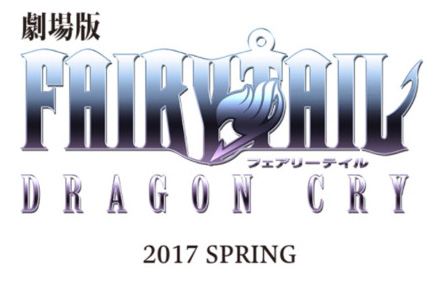 Fairy Tail fans, good news: the second Fairy Tail film, announced way back in May 2015, is on its way to theaters this spring.

The new film, the second theatrical Fairy Tail release following 2012’s Fairy Tail the Movie: Phoenix Priestess, is called Dragon’s Cry, it was revealed yesterday. An official website and Twitter account for the film have been opened, and Fairy Tail creator Hiro Mashima confirmed the news on his own account.

Not much else has been revealed about the film. 2012’s Phoenix Princess was directed by Masaya Fujimori (Izetta: The Last Witch), but the cast and crew for this latest film has not yet been announced.

More information about Dragon’s Cry as it hits!