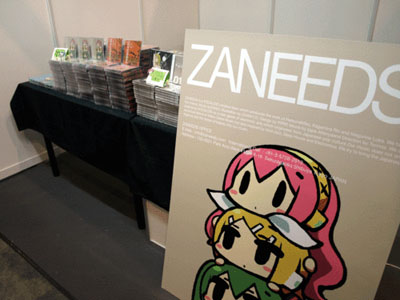 The 2011 J-Pop Summit Festival will be held in San Francisco’s Japantown this Saturday and Sunday, August 27 and 28. Along with a variety of interactive activities, panels, DJ dance parties and live performances is the appearance of Vocaloid creative team ZANEEDS. The group produces the work of several virtual pop idols, including Kagamine Rin, Megurine Luka and superstar Hatsune Miku.

In anticipation of the event, we fired off some questions to ZANEEDS producer & director, Torinos, about their unique experience with the growing Vocaloid phenomenon.

What kind of musical background does ZANEEDS have? Are any members classically trained?

We have a lot of influences but some favorites are Acid Jazz, Deep House and Electronica. ZANIO studied Jazz music theory in college. He also got hooked on club music about the same time and became a house music DJ and has performed with me several times.

How did you first find out about Vocaloid?

We first discovered the trend on Nico Nico Douga.

Are their any specific inspirations for the Vocaloid music you produce?

The beats and musical textures of Acid Jazz, Deep House and Electronica have definitely helped to shape our sound. We want to sound different from the music generally heard on anime and video game soundtracks.

Describe the group’s creative process. Do you collaborate together equally on the music, or does it vary from song to song?

ZANEEDS consists of Music by ZANIO, Illustration by CHAN*CO, Design by PPRP, and Direction by Torinos. Our creative process begins with ZANIO composing the overall music and lyrics. I work closely with him to make the concept more concrete and then CHAN*CO illustrates and adds the image. After that, the song is uploaded to online video sites. Then PPRP edits it as a design and it becomes a CD or a poster. We don’t always have a concept to start out with. Sometimes the concept emerges as we work on the song. We don’t really have a schedule throughout the year. We work when inspiration strikes. Each of us plays a specific role in the evolution of a song and that is how our creative process works.

Has the increased popularity of Vocaloid, especially Hatsune Miku, added more pressure on the creative end? How do you deal with the expectations of an ever-growing fan community?

The increased popularity definitely drives our desire to move in new creative directions and push our boundaries. I will always do my best to produce songs that will never betray the fans’ expectations.

What can fans expect from the ZANEEDS appearance at this year’s J-POP SUMMIT Festival?

We’re very excited to unveil or new CD, titled “ZANEEDS #US,” which we produced exclusively for this year’s J-POP SUMMIT festival

Do you have anything else planned while in the United States?

It’s our first trip here so we hope to see as much as we possibly can. I have always loved America and the fans are great. We also hope to sell our CDs online and look forward to participating in next year’s Anime Expo! 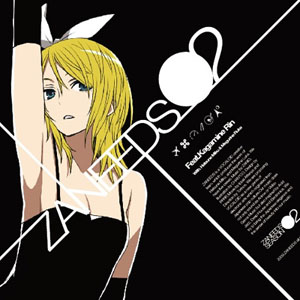 In an interview, Crypton Future Media’s Hiroyuki Itoh and Wataru Sasaki cited the Vocaloid phenomenon as the future of the entertainment business, and said that “to consume entertainment is now equal to creating entertainment.” As music producers do you feel the same about the state of the industry?

I do feel the same way! Vocaloid presents many new creative opportunities and the way it is created and collaborated on by fans, to be shared with other fans, really fosters a sense of community. And that is now spreading from Japan to the U.S.

Looking at something like OSTER Project’s “Alice in Musicland,” that seems like a prime example of creativity breeding creativity, especially in relation to Vocaloid. What are your thoughts? Do you see even broader visions like this coming from the fan community in the future?

Many new characters will still be created and become attractive to many people. And as the Vocaloid trend grows, we look forward to not only Japanese characters but also American, Chinese, and European Vocaloids stars. 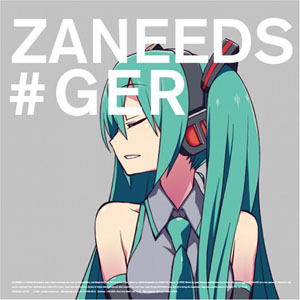 Some very popular singer’s voice (like Lady Gaga) might even be used. If so, the popularity will grow even more. Vocaloid has the potential to be a truly global movement, not just Japanese.

What’s next for ZANEEDS, both in relation to Vocaloid projects and beyond?

We will still be active in the Vocaloid field as well as other music and visual media projects. I’m looking forward to U.S. fans continuing to support and follow us!