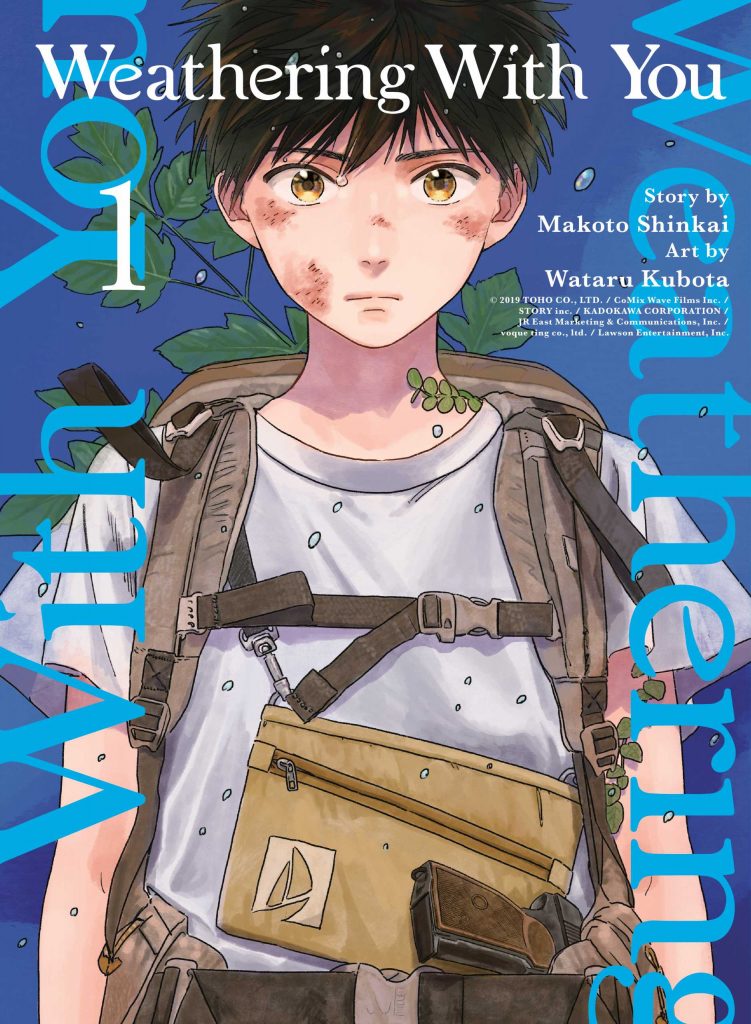 If you’ve ever experienced rain and thought, “Rain, rain, go away, come again another day,” then you’ll understand what makes 18-year-old Hina so special. She can pray to the sky and make the rain stop. She’s called The Sunshine Girl.

There’s been a ton of rain in Japan lately, a country known for its rainy season. Weather around the world is getting intense (perhaps a nod toward climate change?). Hodaka, a high school runaway, meets Hina in Tokyo when he’s all alone and she shares some food with him. When she’s not changing the weather, she works as a McDonald’s employee. He quickly becomes enamored with her, though when he tries to write about her special abilities so the public can know, this makes her angry. She just likes to make people smile by bringing out the sunlight.

As we get to the end of the first volume of the Weathering with You manga we start hearing about someone known as the Weather Maiden. Could this be connected to Hina?

The manga is melancholy, atmospheric, and moody, with a charming magical surrealism quality. It touches you like light rain, very subtly and simply, then you realize how deeply it penetrated. And nothing much has even happened in the first volume, yet it gives that quality. Some really beautiful scenes of nature at night also add to the sensation. It feels very Japanese in its storytelling, mysticism, and characterizations.

Weathering with You began as an extremely successful and award-winning movie last year, written and directed by Makoto Shinkai, who also wrote and directed Your Name. A novel of the story was also released by Shinkai (it’s been licensed by Yen Press), and then the manga adaptation began, which has been licensed by Kodansha USA.  Both already-existing fans of Weathering with You and newbies could enjoy the manga. The movie itself will be available for purchase in America later this year.

Next My Hero Academia Manga Chapter Delayed Due to COVID-19
Could You Follow Kanagawa’s Youth Video Game Laws?