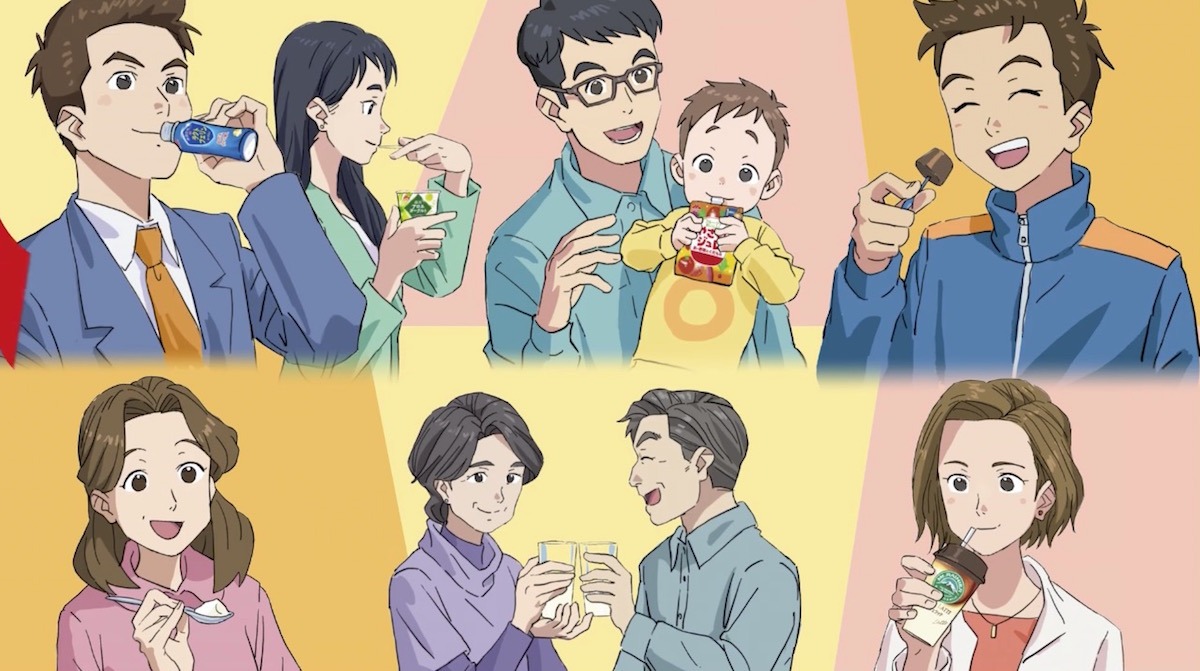 Starting in December, Morinaga Milk products got a touch of anime in Japan with some help from Weathering With You animation director Atsushi Tamura. Tamura’s animation direction has been working in tandem with direction from Yuuya Fukuda and animation production by Noovo to create an adorable series of ads, the second of which just made its way online.

Here’s the first ad—which has a mother worrying about her growing teenage son—from December:

The second depicts the life of a stay-at-home father:

There will be four commercials in total, the final of which will tie all the featured stories together. There’s also a behind-the-scenes video that goes into the making of the second ad.