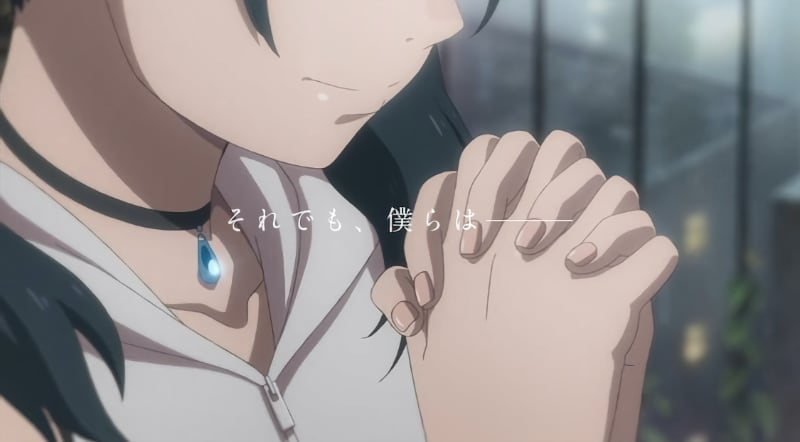 Weathering With You, the mega-hit from Makoto Shinkai, will be broadcast on terrestrial Japanese TV for the first time January 3.

Shinkai has created a special epilogue specifically for the broadcast that reflects on the hard year 2020 has been for everyone.

The one-minute clip shares messages like, “the only thing we can do in this world is keep on living,” and “let’s overcome these difficult times together.”

The epilogue was inspired by the English-language title for the film (in Japanese, it’s called Tenki no Ko), due to the fact that “weathering” means “overcoming” or “bearing,” something we’ve had to do a lot of in 2020.

Here’s how GKIDS describes Weathering With You:

From Makoto Shinkai, the director of the global smash hit Your Name., comes a critically-acclaimed new romantic drama set in the rain-soaked streets (and skies) of modern Tokyo. The summer of his high school freshman year, Hodaka runs away from his remote island home to Tokyo, and quickly finds himself pushed to his financial and personal limits.

The weather is unusually gloomy and rainy every day, as if to suggest his future. He lives his days in isolation, but finally finds work as a writer for a mysterious occult magazine. Then one day, Hodaka meets Hina on a busy street corner. This bright and strong-willed girl possesses a strange and wonderful ability: the power to stop the rain and clear the sky…

coronavirus 87weathering with you 26