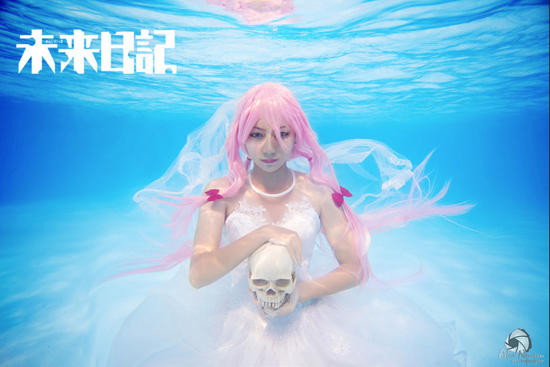 There has been a specter haunting Vietnam. It is the specter of cosplay. Out in the humid tropics of Ho Chi Minh City, cosplay events, once a niche within a niche in the nominally communist nation, have been becoming a common sight and a place to showcase some amazing work by resourceful fans. 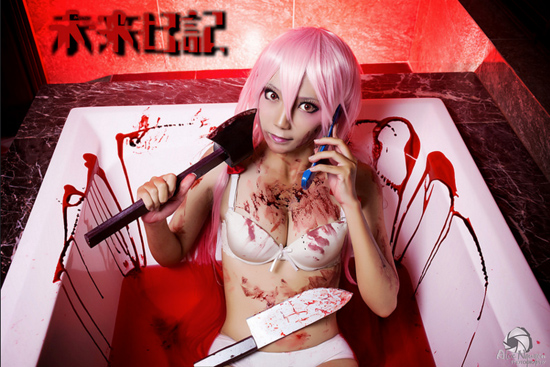 Always one to seize opportunities where they may be found, this has also led to the birth of Vietnamese cosplay photographers getting in on the action. One of the more prominent fixtures at any Vietnamese convention is photographer Anh Nguyen, who also goes by the name Alex. 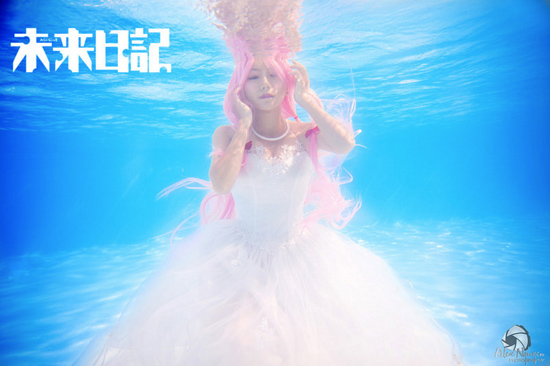 Whereas Japanese cosplay photographers seen at conventions tend to skew towards older folks, the fandom in Vietnam skews young in all areas. He’s a young guy who happens to pack the same big toys as any self-respecting professional would. He’s been shooting cosplay photography for over three years and, in the spirit of the new year, was happy to share some shots based on 2012’s hit Future Diary (Mirai Nikki).

Ho Chi Minh cosplayer Tran Bao Linh, aka Takeru Izumo is the centerpiece of these two photosets, taking on the role of yandere darling Yuno Gasai. According to Nguyen, the shoot was based on a mix of scenes from the anime itself and just plain experimentation. 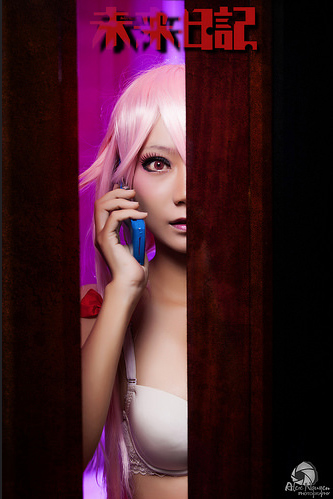 While Izumo herself had no comment on the possible perils of being soaked with fake blood in a Saigon hotel room or posing with a skull and ball gown underwater, Nguyen was happy to point out the relative lack of digital phototrickery: 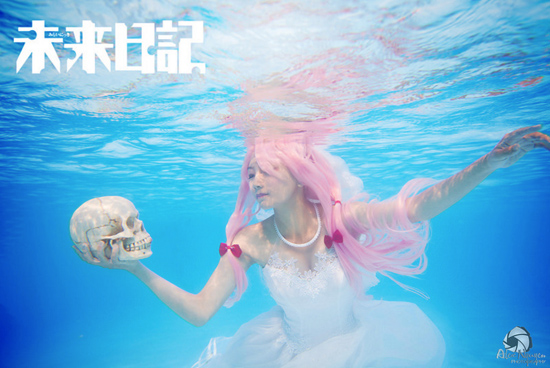 “I used special gear to shoot underwater. The most difficult part was the white balance, but I managed to overcome that by retouching – the rest is all natural. [For hotel shots] not much retouching since I used Strobist lighting techniques through the shoot. The effect was great!”

Sure was. For a moment, one can forget they’re looking at the perpetual summer of Saigon and escape to the future. Let’s just hope there’s no dead ends for anyone anytime soon. 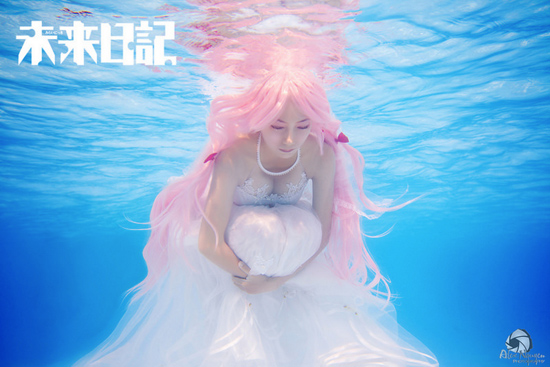 Alex Nguyen’s photography can be found at his Facebook page.

Fernando Ramos is a contributor to Otaku USA, currently in exile in Saudi Arabia.