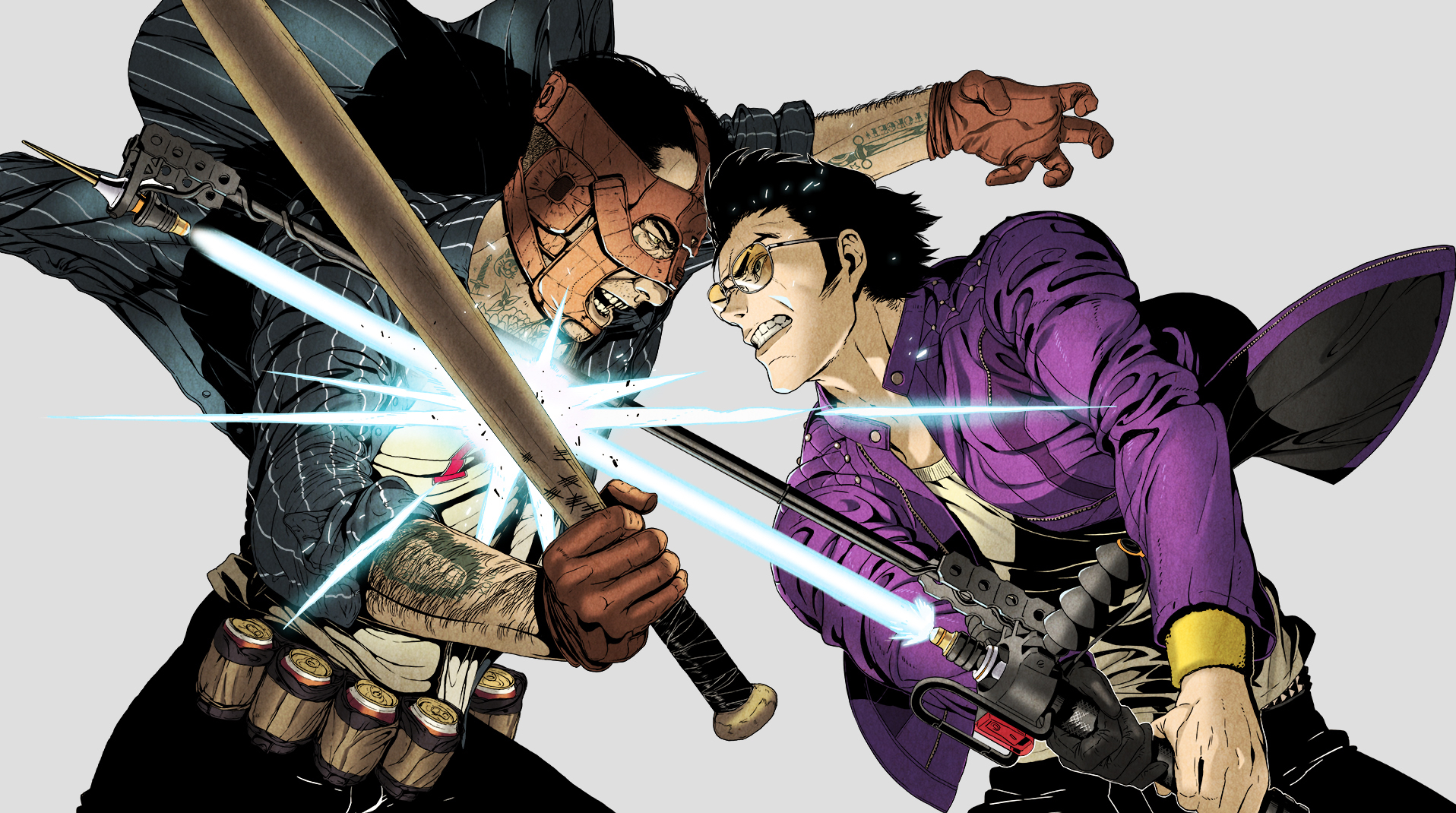 Game director and producer Goichi “Suda51” Suda has never been afraid of utterly demolishing the fourth wall. His No More Heroes series is as much about playing with the idea of action games, and video games as a whole, as it is about being an ultra-slick assassin otaku named Travis Touchdown. Now Travis is back in the appropriately titled Travis Strikes Again: No More Heroes, which effectively has Suda and his team sky writing in massive, pulsing letters, “I LOVE INDIE GAMES!”

Travis Touchdown’s passion for the creative output of small, plucky studios is on the screen from the moment you boot up your Switch. As the revenge-seeking Badman—who will soon become your co-op partner, should you choose to play with a buddy—approaches Travis’s trailer, our hero is hunched over on the couch like a gargoyle, hammering away at a session of Hotline Miami. The two end up clashing before finally settling down to take on the real dark force in the room: The Death Drive Mk II, a classic video game console that was banned before it could ever see a proper release. The reason for the ban? Its games can KILL, baby! 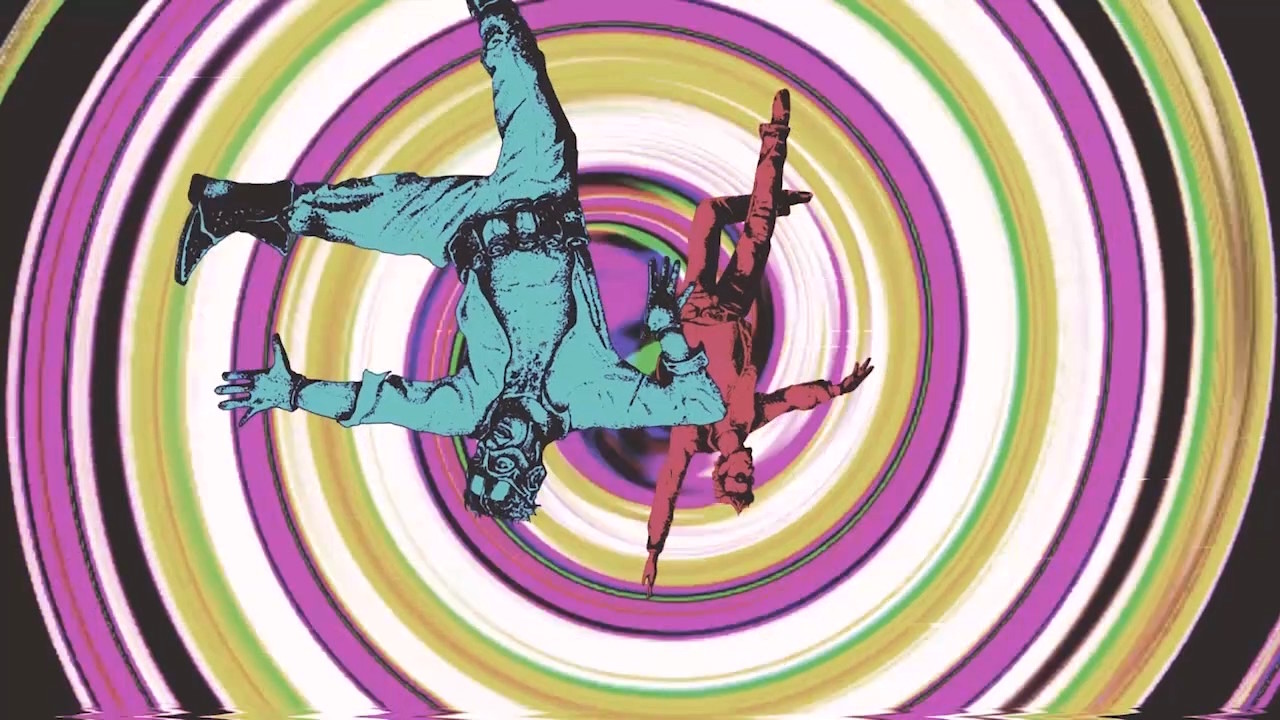 With that in mind, it’s no surprise that Travis is eager to pop in the first Death Ball and give this mystery machine a spin. The first game, Electric Thunder Tiger II, sets the stage for how the action plays out for the remainder of Travis Strikes Again. Taking control of either Travis or Badman—or both if you have someone else keen on slashing away—players are tasked with traversing the contents of six Death Balls, each of which offers a different spin on a video game genre. There’s a platformer, a racer, and even somewhat of a murder mystery, but the gist of each remains the same. Run from area to area, take out enemies known as Bugs, level up, and face off against the big boss of each Death Drive game.

No More Heroes fans should know ahead of time that this isn’t your average entry in the series. Action comes in the form of relatively straightforward third-person combat using either Travis’s light sword or Badman’s bat. Travis still has to go to town on his sword to recharge it after a certain number of swings, but the rest revolves around a simple succession of light hits, heavy hits, leaping attacks, and the use of Skill Chips for rechargeable special moves. It really is as if the action of No More Heroes was tossed back in time and repurposed for an old co-op quarter cruncher. 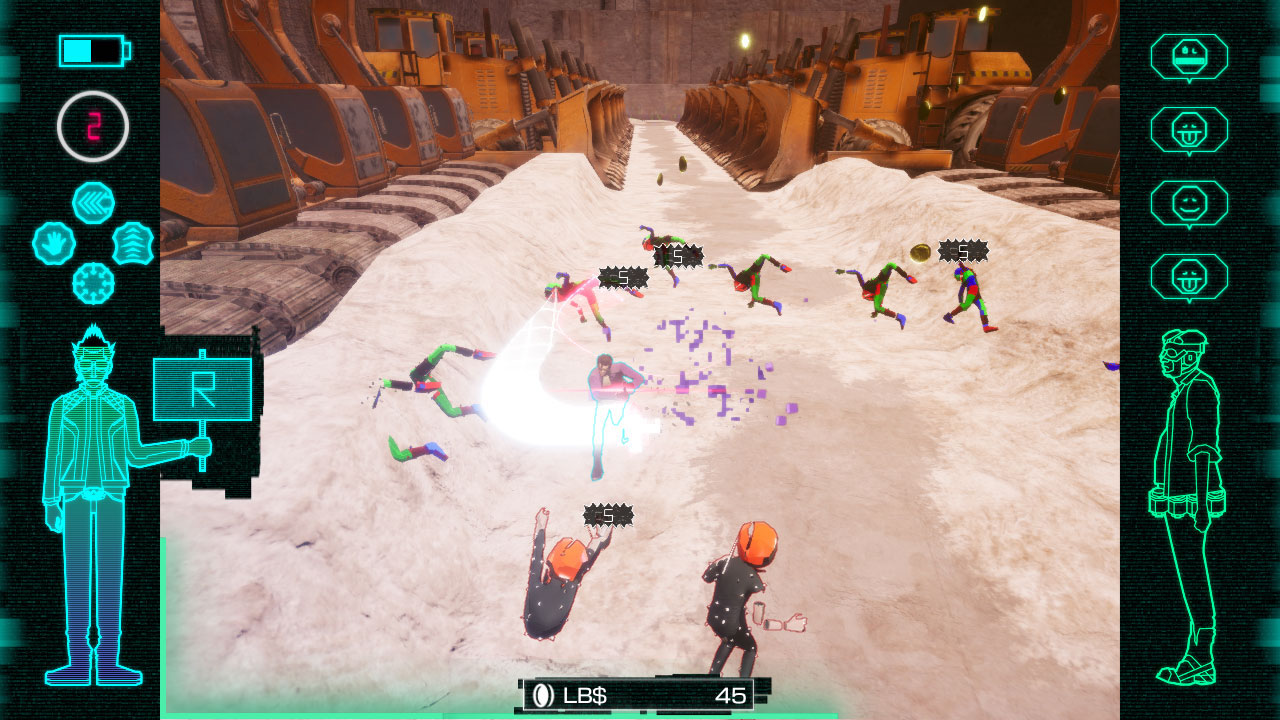 The more you play, the more Chips you unlock to make the going a little less tough. Moves range from the ability to levitate and slam enemies to sticky bombs, freeze bullets, and a very handy health regeneration circle you can manifest for a limited time. From the puniest of one-hit Bugs to the real heavy-hitters, none of the enemies are too much of an issue. The challenge of Travis Strikes Again comes in their sheer numbers, especially in later stages that have a plethora of destructible spawn points. The reward for sticking it out through what can often be a slog is a fun boss battle against characters who are ostensibly in-game heroes in their own right. Their “classic” status and the 70s/80s washed out tinge of the Death Drive make this as much a celebration of the past as it is a hopeful look toward the future of game development.

Each Death Ball has its own charm to it, as well as a few areas that are guaranteed to annoy players. While the first serves up near non-stop action to go along with its thumping soundtrack, for instance, the second, Life is Destroy, pulls the camera way out for an overhead serial killer hunt. In between Travis’s usual moves, he also has to hit switches that rearrange each suburban neighborhood so he can eventually clear out another of the killer’s target homes. Coffee & Doughnuts follows it up with a murder-tinged platformer, Golden Dragon GP forces Travis to put his petal to the metal on a virtual reality raceway, and so on. I’d love to talk about some of the later Death Balls, but they’re worth discovering for yourself, and I can at least promise a few surprises for fans of Suda51. 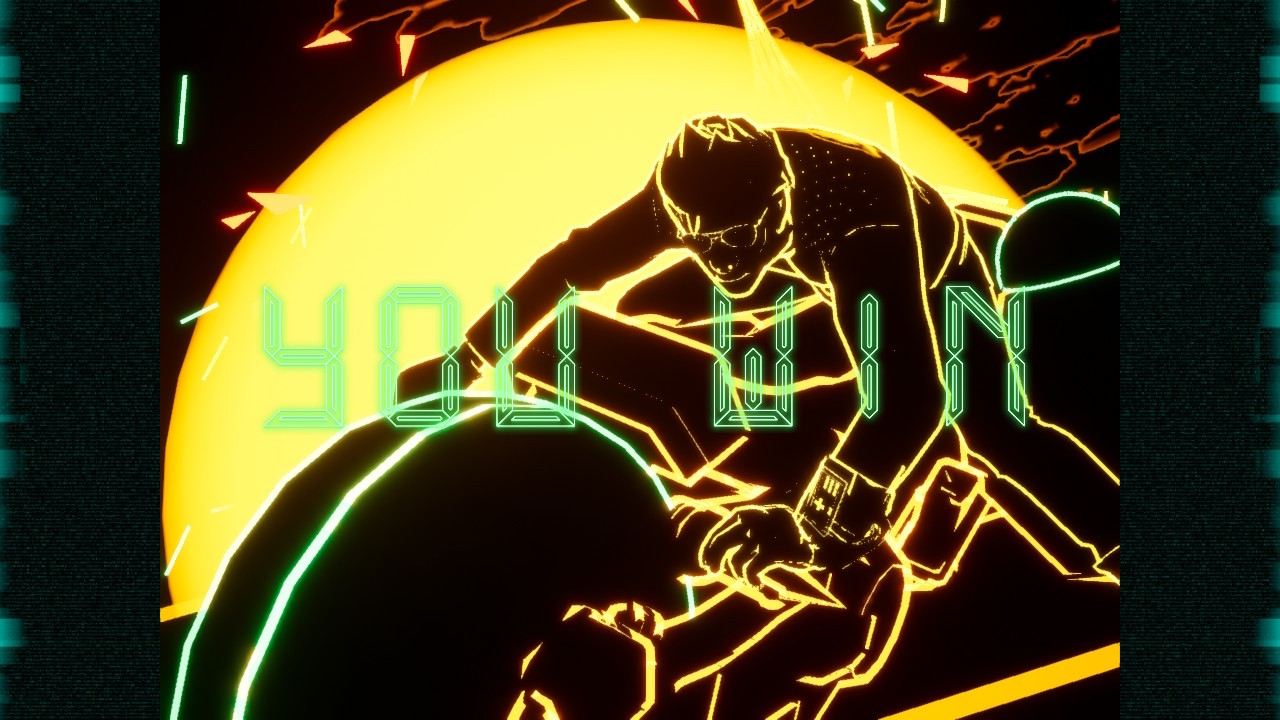 There’s plenty of variety in the way the games are presented, but once you’ve been exposed to all the enemies, you know more or less what you’re getting into as you boot up each Ball. You don’t just start with access to every game, though. Travis Strikes Again breaks the action up with visual novel story segments that send Travis and his talking cat sidekick Jeane on a cross-continent hunt for more Death Balls, dialing the visuals back for some major throwback aesthetics along the way.

This is where the real charm of the game lies. The story, dialogue, and send-ups to both timeless games of the past and modern indie classics are hands down the best features Travis Strikes Again brings to the table. Like with the original No More Heroes games, this is all about Travis’s take-no-shit attitude and his often hilarious interactions with other characters and the handful of bosses he runs into in the games themselves. The charm is further expanded upon in Travis’s trailer, where he can catch up on ramen blogs, read old fictional game mags that cover the Death Drive Mk II, and change into one of many t-shirts representing a who’s who of the indie world, including Hyperlight Drifter, Undertale, and most any other notable game that falls into the category. 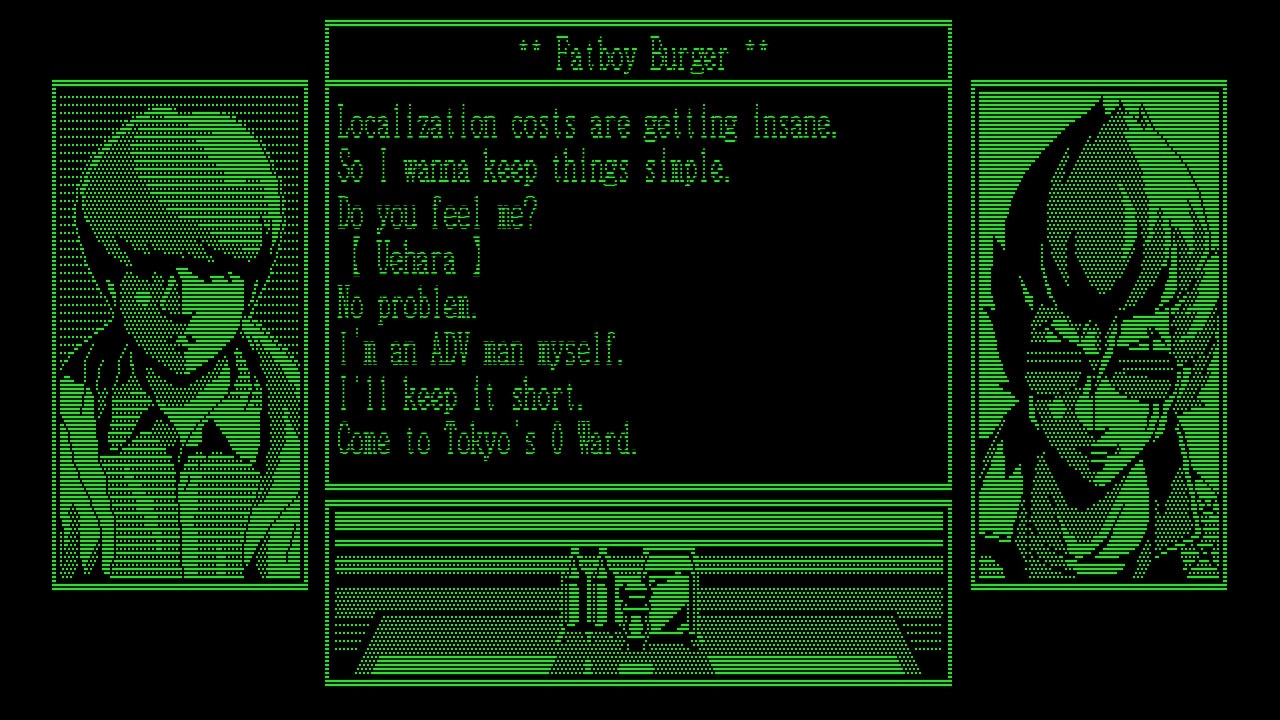 Travis Strikes Again: No More Heroes is a game I’m very happy to have played. There are a ton of little easter eggs that will delight anyone who follows Suda51, Grasshopper Manufacture, and indie games in general, but again, I won’t spoil anything substantial. It’s not something I can see myself dying to dive back into anytime soon, and those who don’t find Travis himself entertaining won’t find too much else to fall back upon here. Had the action been less of a chore, and had the driving loop of each stage been a bit less repetitive, I would recommend it without any reservations. If you’re hunting for the type of endlessly referential meta-narrative only Suda51 and co. could possibly deliver with a straight face, though, you’ll have a great time with the ups and and an okay time with the handful of downs in Travis Touchdown’s Switch debut.

Travis Strikes Again: No More Heroes hits Nintendo Switch on January 18. This review is based on a provided review code. 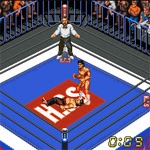 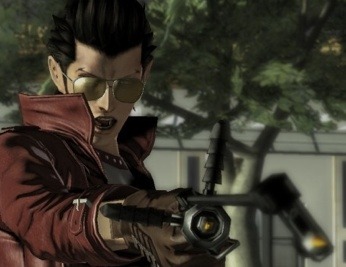 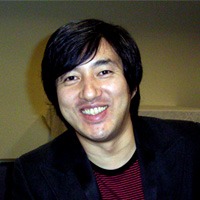 This Year’s Detective Conan Film Gets Poster, Plot Details
An Unlikely Tutor Rises Up in the We Never Learn Manga