An Unlikely Tutor Rises Up in the We Never Learn Manga 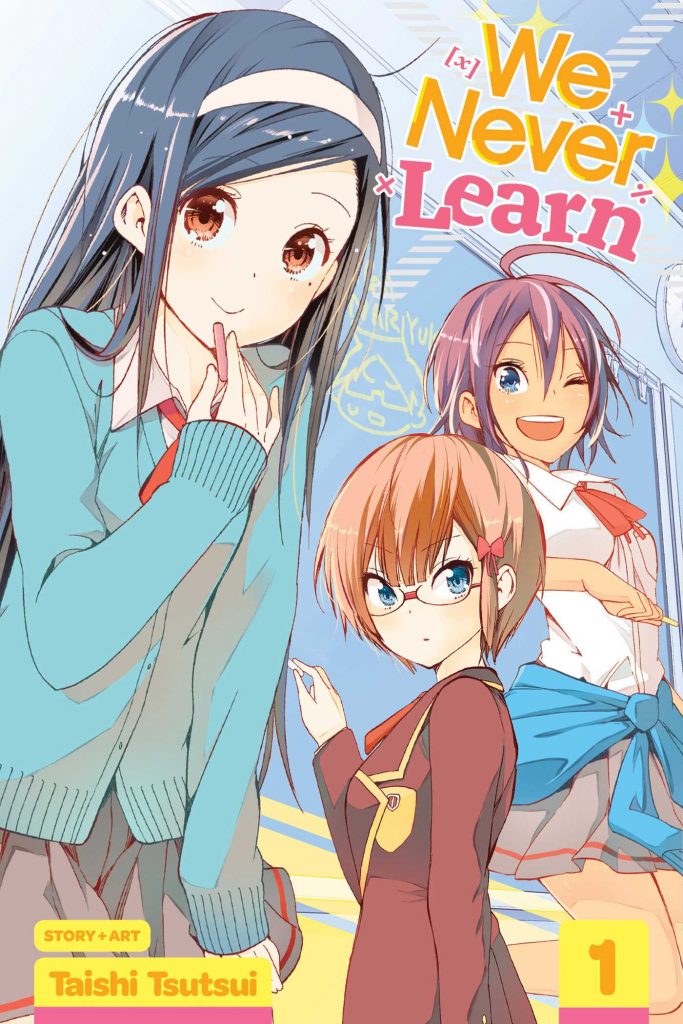 Nariyuki is what’s known as “a brain.” He’s very good in school, and he works hard to be that way. He lives in a poor family and is determined to get a full scholarship to college so he can get a good job and help his family rise out of poverty.

It’s easy for him to feel a little envious of two of his female classmates, Rizu and Fumino. Rizu can do all sorts of advanced math in her head. Fumino can write an essay in ten minutes that’s so good it makes her teacher cry. Their genius is effortless, and no matter how much Nariyuki tries, he might not get the school’s full scholarship he needs so badly.

Then there’s a twist.

The school offers to give him the much-needed scholarship, but only if he tutors Rizu and Fumino. He agrees. But why would geniuses need to get tutored, especially by someone like himself?

Well, it turns out Rizu can’t understand basic reading comprehension and Fumino is terrible at math. Nariyuki thinks both girls just ought to pursue what they’re good at, and is shocked when he hears they each want to attend a college that concentrates on their weakest subjects. Hence, the tutoring.

Each character has a unique and quirky personality, and this continues to unfold as the first volume moves along. After a while Nariyuki finds himself with a third girl who needs tutoring: Uruka, a swim genius who might get into the Olympics but who struggles with all other classes. And she needs to get good at English for school. Nariyuki to the rescue!

We Never Learn‘s Nariyuki is an endearing character who always means the best and will go out of his way to help others. His kindness really moves the book along, because you see just how hard he tries. At the same time, he’s easily flustered having so many cute girls around. There are a few fanservice-y scenes, like when Rizu and Fumino are bathing with just the right amount of soap and heat covering them so as not to attract censors. But it’s mostly not explicit, and it’s mostly about getting to know the characters and laughing at the comical situations they get themselves into. There are a number of scenes that are very funny, and it’s enjoyable how the manga runs with the idea of “you can be a genius in one way and clueless in another.” While labeled a romantic comedy, it’s still in its early stages and it’s unclear which girl he will end up with. We Never Learn began coming out in Japan in 2017, and an anime adaptation has already been announced. 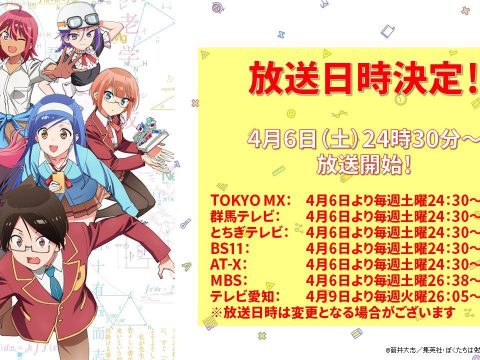 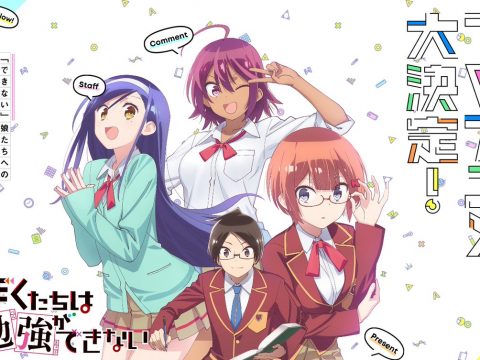 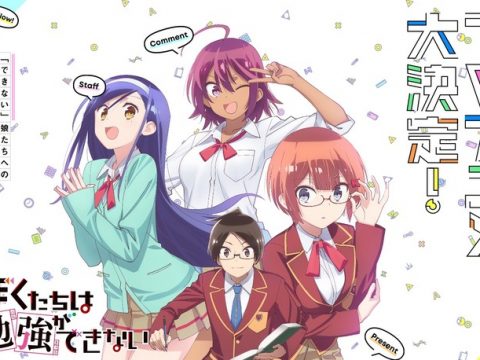