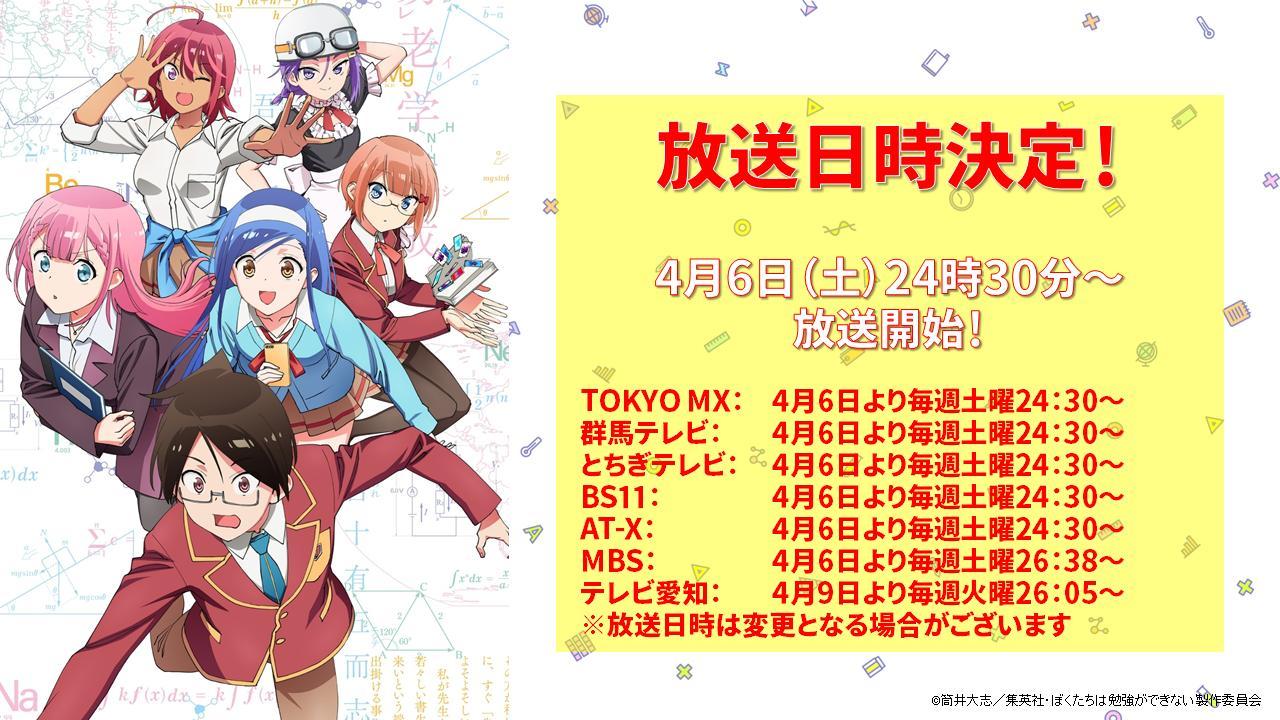 We have learned the premiere date of We Never Learn.

The series, based on the manga by Taishi Tsutsui, will hit the airwaves April 6.

It centers around Nariyuki, a high school student who agrees to tutor two fellow students in exchange for a scholarship. Things get complicated when said students decide to venture far outside the fields of study they’re used to—and budding romance complicates things further.

Our own Danica Davidson reviewed the manga positively this January, writing:

We Never Learn‘s Nariyuki is an endearing character who always means the best and will go out of his way to help others. His kindness really moves the book along, because you see just how hard he tries. At the same time, he’s easily flustered having so many cute girls around. There are a few fanservice-y scenes, like when Rizu and Fumino are bathing with just the right amount of soap and heat covering them so as not to attract censors. But it’s mostly not explicit, and it’s mostly about getting to know the characters and laughing at the comical situations they get themselves into.

Will be anime adaptation live up to the manga original? We’ll learn before too long.