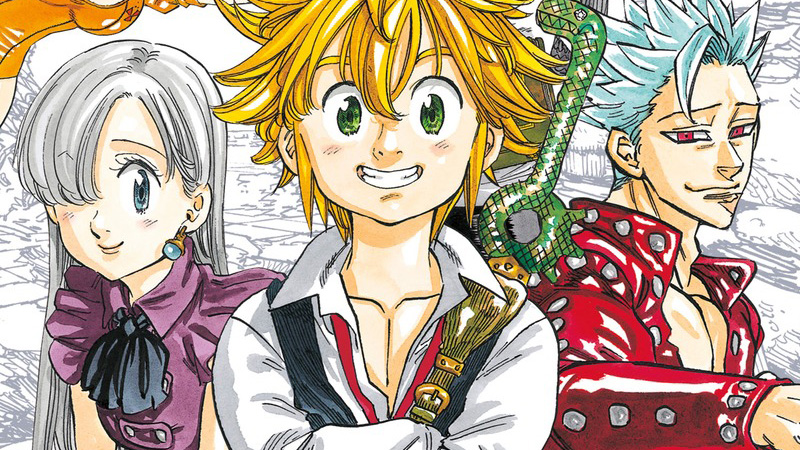 The Seven Deadly Sins are getting a totally different vibe with this new adventure manga. Meliodas is a boy of unknown age who runs a tavern (where he serves terrible food) and he’s helped by his talking pig companion, Hawk. They live in Britannia, in what appears to be more or less a fantasy version of the Middle Ages. The most wanted people in the kingdom are known as the Seven Deadly Sins, and they’ve been fugitives for ten years. It’s not entirely clear what they did to be so wanted, and no one knows if they’re alive or dead.

A girl in heavy armor comes to the tavern and this starts off a chain of exciting events. It turns out she’s Princess Elizabeth, and the Holy Knights, who were supposed to be the good guys of the kingdom, just staged a coup and seized the king. They’re forcing the people of the kingdom into war, and Elizabeth believes that the Seven Deadly Sins aren’t the terrible fugitives they’re thought to be. In fact, she believes the Seven Deadly Sins are the only hope for Britannia. 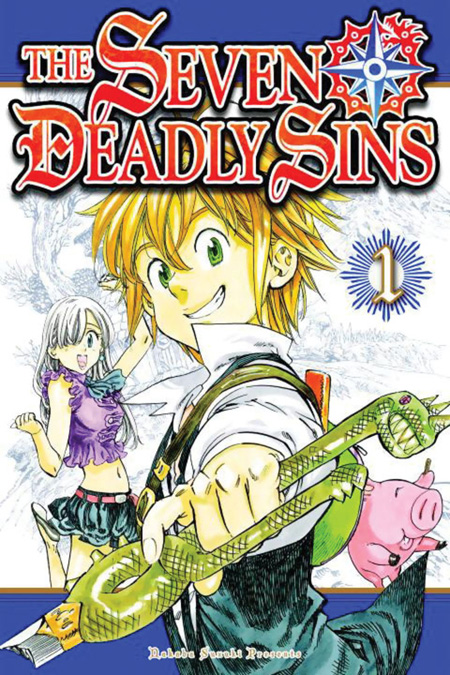 Meliodas wants to help her in her quest to find them. It might seem weird that she could get any real help from a tavern keeper with a broken sword, but Meliodas has more to him than initially meets the eye. Once it’s explained why Meliodas would make a good comrade in this quest, things really pick up.

The Seven Deadly Sins starts out as a fun, light adventure fantasy. It also does a nice twist turning the tables on the people we immediately assume are bad—the Seven Deadly Sins—and the people we assume are good—the Holy Knights. The one real downside would be some of Meliodas’s behavior. He can be one of those stereotypical resident pervy guys you sometimes see in manga. If you take it in context and interpret that it’s a joke in Japan and not to be taken literally, it can be better understood. But it still can be a stretch, because he can be a real creep at times, and as a female reader, it’s hard to just ignore that.

The book does end with a cliffhanger, leaving plenty of mystery. With the hope that Meliodas does some maturing, and if the adventure and mystery keep up, this looks promising as an enjoyable, lighthearted series. Incidentally, an anime adaptation has just been announced, so fans of the manga will soon have that as well.