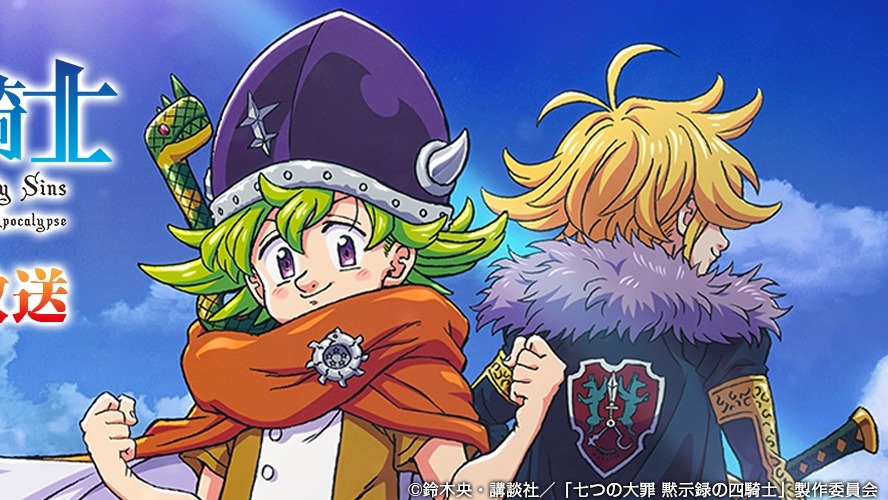 Last year, we learned the manga The Seven Deadly Sins: Four Knights of the Apocalypse would be getting a TV anime adaptation.

First, the who: The series will be produced by Telecom Animation Film, with production and planning from UNLIMITED PRODUCE by TMS.

Speaking of who, the voice actor for lead character Percival was also announced: Shou Komura, a relative newcomer to the anime world (he’s had minor roles in shows like Slow Loop and Tomodachi Game).

Finally, the when: the series will debut sometime this year.

Here’s how Kodansha Comics describes the Four Knights of the Apocalypse manga, which Nakaba Suzuki launched in 2021:

Percival has always lived with his grandfather on God’s Finger, a remote haven that sits high above the clouds. And though he loves the simple life, he secretly longs for adventure. But Percival’s life is changed forever when an intruder—who shares a shocking connection with him—tears away everything he’s ever known.

With nothing left to do but chase down the one who took everything from him, Percival sets out on his own. During his journey, the sheltered boy discovers that there are a lot of things he doesn’t know about normal life. Luckily, he meets friends along the way who can help him get by—but how will they react when they find out about Percival’s destiny… and how it’s connected to the end of the world?