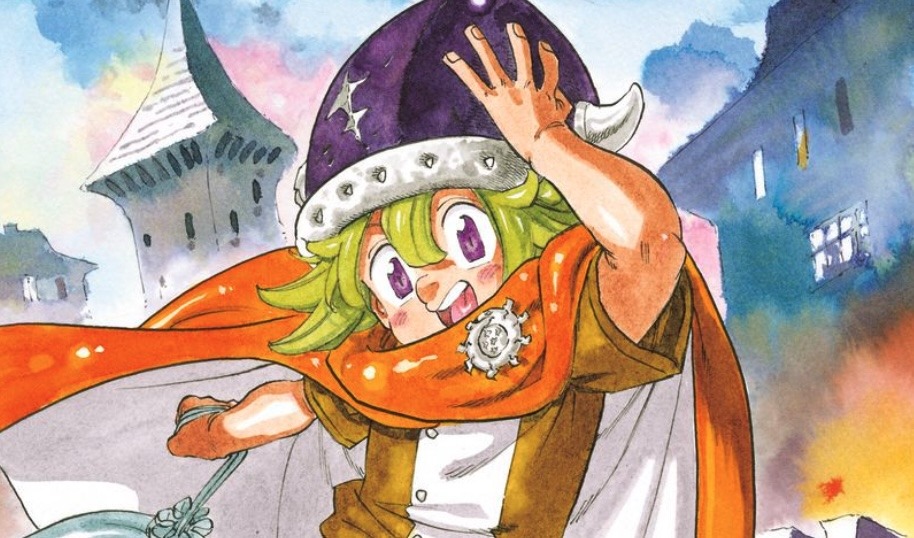 Nakaba Suzuki’s The Seven Deadly Sins manga got a sequel in the form of The Seven Deadly Sins: Four Knights of the Apocalypse, and now it looks as if that series will be getting a TV anime adaptation of its own. The reveal comes via Amazon’s listing for this year’s 24th issue of Kodansha’s Weekly Shonen Magazine, which features the announcement right on the cover.

The magazine will be in stores in Japan this Wednesday, so the announcement proper will be out in the wild in no time. We’ll have to wait until later for further details, but this should excite fans of Suzuki’s series enough as it is.

The Seven Deadly Sins: Four Knights of the Apocalypse kicked off in Weekly Shonen Magazine in January 2021. Kodansha Comics handles the simulpub in English and releases the series physically, describing it like so:

Percival has always lived with his grandfather on God’s Finger, a remote haven that sits high above the clouds. And though he loves the simple life, he secretly longs for adventure. But Percival’s life is changed forever when an intruder—who shares a shocking connection with him—tears away everything he’s ever known.

With nothing left to do but chase down the one who took everything from him, Percival sets out on his own. During his journey, the sheltered boy discovers that there are a lot of things he doesn’t know about normal life. Luckily, he meets friends along the way who can help him get by—but how will they react when they find out about Percival’s destiny… and how it’s connected to the end of the world?