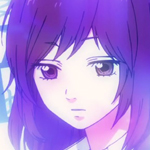 Io Sakisaka’s shoujo manga Ao Haru Ride is getting an anime adaptation this year. The series is set to premiere in July, and the official website added the first promotional video today.

Sakisaka’s manga tells the story of Futaba, a girl who was in love with a boy named Kō Tanaka in middle school. Their friendship ended after a misunderstanding, followed by Tanaka transferring schools over summer vacation. Things take another turn in high school when Futaba runs into Kō once more, only this time his name is Kō Mabuchi and his personality isn’t quite the same.

The promo below features text that reads, “The love story during ‘true’ youth that has over 4.7 million copies in print is earnestly turned into animation! They can’t reach each other by just one millimeter.”

The Seven Deadly Sins #1 [Manga Review]
You Can Register A .moe Domain Name